Life and Death of a Ballston Patriot 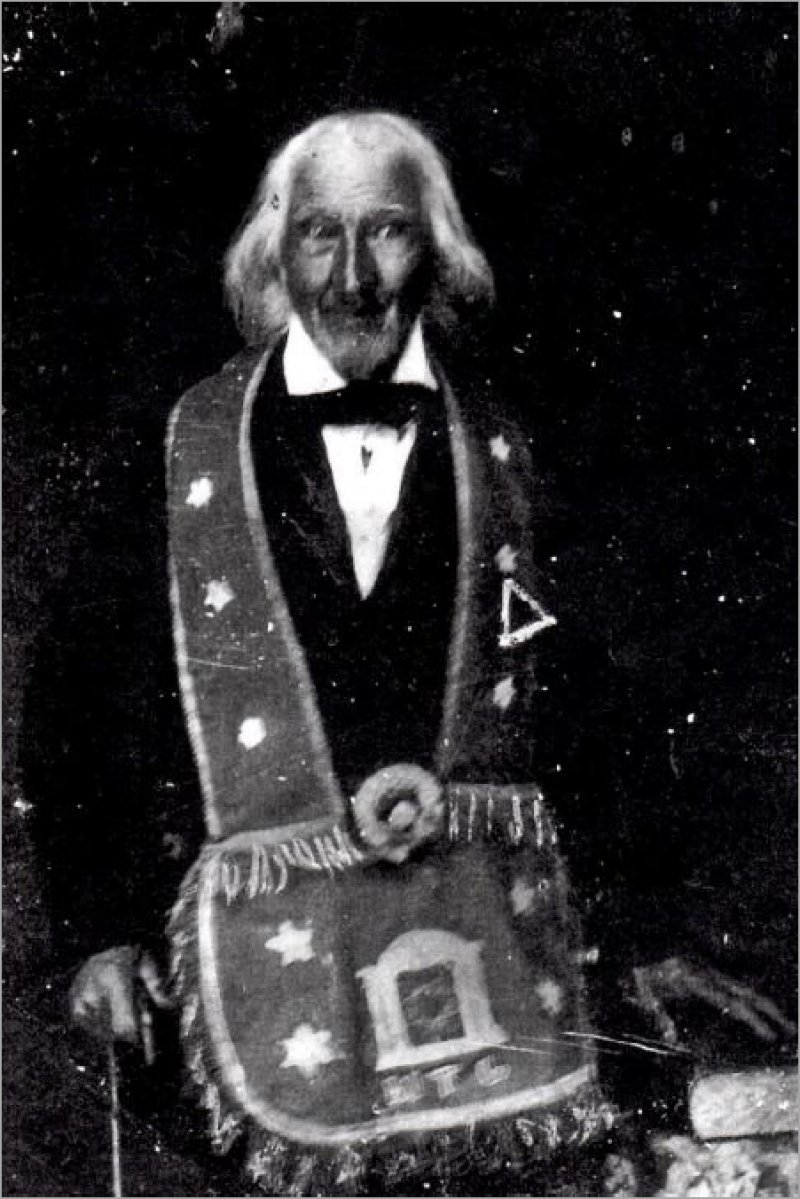 Daguerreotype believed to be the image of Uriah Gregory near the end of his life. Image provided.

The last week of the year 1843 was a difficult time for Ballston farmer Uriah Gregory. On December 29, Uriah lost his beloved wife, Tamer, his partner of more than sixty-five years, with whom he shared a life in the earliest days of the new nation.

Uriah Gregory was not a man who would be remembered as one of the leading figures in Saratoga County but his story is noteworthy because he was no doubt typical of thousands of other men who lived in this remarkable period in American history. Thanks to the story told to one of his granddaughters on a cold, gloomy January day near the end of his life, along with pension records and other source material, we are able to preserve a view into life in the earliest years of the settling of Ballston.

Uriah Gregory had moved with his father and other family members from Wilton, Connecticut in the spring of 1776, most likely to Dunning Street (Malta) where his uncle, Michael Dunning, Sr. was an early founder. In July, 1777, just as General Burgoyne’s invasion was nearing its climax, he took a mortgage on his first farm, probably somewhere near where the Ballston Center church now stands.

Along with many others in the path of the British, Uriah left the area and returned to Connecticut. Previously Uriah had seen militia service, first in New York City with Connecticut forces in the spring of 1776, and the following year in the 13th Albany Militia searching for Tories. Now back in Connecticut, he volunteered to serve as a sergeant with the Connecticut militia of Latimer’s Regiment being sent north to reinforce the American forces under General Gates seeking to block Burgoyne from reaching Albany.

Arriving on the first day of the battle at Saratoga (Sept. 19, 1777), “I went right into the hottest of the battle, where the bullets were flying all around me …the troops being dreadfully cut to pieces.”

Although it is unclear whether he participated in the second day at Saratoga (Oct 7), Uriah did witness the surrender of Burgoyne’s army later that month.

Tamer was a daughter of Hannah Rowland, who had recently married Michael Dunning, Sr., and she and Uriah wed in early 1778. Notwithstanding the ongoing dangers of the war, the pair set about the arduous work of building a life on the frontier. Uriah remembered an incident from those early years that no doubt caused a great strain on their relationship:

My wife had a beautiful set of China, which she had placed upon a shelf against the wall of our frail house. I was dragging one day when the drag hit a stump, and it fell against the house, knocking them all to pieces. This was a great blow to us as well as grief to my wife, as there was not another piece of earthen ware in the whole country.

Still there at the time of the British raid on Ballston in October, 1780, once again the couple, along with a new baby, removed themselves from harm’s way. By 1783 they were back in Ballston again, where they raised eight children and spent the remainder of their days. In 1792 they took a mortgage on land near the Mourningkill Creek and over the years built their new home which still stands on the corner of Charlton Rd. and Goode St.

After the war, Uriah served his community throughout much of his life rising in the state militia to the rank of Lt. Colonel of the 32nd Regiment in 1803 and serving as a justice of the peace in Ballston for many of the years between 1800 and 1820. He most likely was one of the veterans who attended the fiftieth anniversary of the Fourth of July in 1826 in Ballston Spa and In 1832 he applied for and was granted a pension for his Revolutionary War service.

According to his granddaughter, Uriah was vigorous until his very last days and just a few weeks prior to his death he is said to have driven a horse six miles to break it.  Uriah bore his final illness “with Christian and soldier-like fortitude,” and on October 2, 1844, at the age of 90, the old Patriot left this earth and was buried next to Tamer and two of their children in Briggs Cemetery on Brookline Road in the Town of Ballston.

Matt Grumo is an amateur historian who is retired from GE. For the past twenty-five years he has lived in the home originally built by Uriah Gregory in Ballston and has enjoyed researching the family of this early Ballston settler and Revolutionary War pensioner. He is currently finalizing a book to preserve this history for future generations. Matt can be reached via email at This email address is being protected from spambots. You need JavaScript enabled to view it.

More in this category: « Christmas in Old Saratoga The First Malta Rocket Test »
back to top