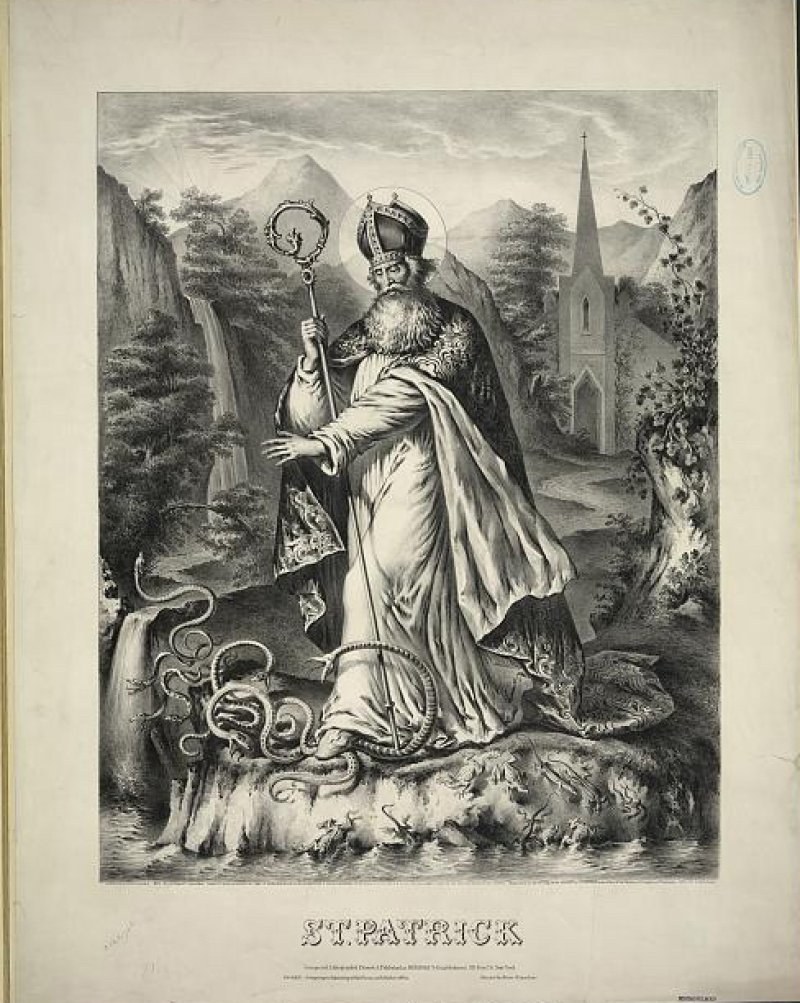 1898 was a great year to be an American, a New Yorker, and resident of the historic village of Schuylerville in eastern Saratoga County.  That year Schuylerville had “a metropolitan appearance” on St. Patrick’s Day with bands, drum corps and 600 marching men.

Today, Schuylerville is not particularly known for its Irish community.  The village is like much of upstate New York where the ethnic groups have all assimilated.  But that was not the case 120 years ago. the Ancient Order of Hibernians (AOH) organized a parade under the auspices of the local Schuylerville area division which was embraced by the entire community.

The AOH is America’s oldest Irish Catholic Fraternal Organization founded concurrently in the coal-mining region of Pennsylvania and New York City in 1836.  The AOH was created to protect the clergy and churches from the violent American Nativists who attacked Irish Catholic immigrants and Church property.  At the same time, the vast influx of Irish Immigrants fleeing Ireland’s Great Hunger in the late 1840’s, prompted a growth in many Irish societies – the largest of which was, and continues to be, the AOH.  Active across the Saratoga county and region, AOH aided the newly arrived Irish, both socially and economically.  The newcomers could meet some of ‘their own’ and are introduced to the social atmosphere of the Irish American community.

The Schuylerville area supported this parade.  The recently elected village President (Mayor) James Mealey arranged for the local scrapper to clean the dirt streets (during mud season).  The residents of Schuylerville, Victory and Smithville decorated their business and residents “in a fine manner” with the green flag of Ireland intermingled with the Stars and Stripes.  These and other decorations “presented a very handsome appearance.”

The various AOH divisions arrived in Schuylerville in large numbers.  The Saratoga Springs division arrived by special train with 100 members and were headed by the 77th Regimental Band.  This was composed of military personnel from Fulton, Essex and Saratoga Counties who fought in the Civil War. The group banded together in 1872 as part of the Survivors Association of the Seventy-Seventh Regiment, New York State Infantry Volunteers of 1861-65. These musicians kept alive the memories they had experienced together during the war and the band flourished into the early 1900s.

The Corinth division joined their brothers from Saratoga Springs with 80 men and the Palmer Falls band with Glens Falls’ cornet player A. D. Wilson.  To the south, Mechanicville and Stillwater AOH divisions turned out 112 men arriving by a special train and led by the H. D. Safford’s band.  H. D. Safford was the manager of a success Mechanicville based cornet band that performed for about 25 years starting about 1887.

The Greenwich division in neighboring Washington County with 60 members accompanied by the splendid Wm. Walker drum corps arrived in a convoy of carriages.  This drum corps was originally from East Greenwich and they started in 1896 with 16 musicians and performed for about a decade.

The final unit in the parade was the 60 members of the Schuylerville area division led by the Victory Cornet band which was the pride of the community and performed all over the area for over 55 years.

This AOH event in Schuylerville completed the day with a banquet and program at the Opera House on Broad Street. The program included nine songs, a recitation and a lecture from a Priest based in Greenwich. Rev. Morrison ended his lecture with “The motto was – and let it be ever yours also – ‘always and everywhere faithful.’ Yes, faithful to your God, faithful to your religion, faithful to your country.  Your duty then is to this country and her interests, patriotism, and humanity.  Aspire to do the work of patriots and of good men, and God will bless the results.”

.I am sure it was not lost on those gathered that they were meeting in Schuylerville where in 1777 for the first time in world history a complete British army surrendered and that they were at the location where the words written in the Declaration of Independence were made a great fact for all mankind.

The Schuylerville Standard described “a better appearing, better dressed and more intelligent looking lot of men would be hard to find than the organization in line St. Patrick’s Day.  It was a credit to all concerned and Old Schuylerville will always have a warm welcome for the AOH.”

There is still an A.O.H. Division in Saratoga County – the Commodore John Barry Division #1 in Saratoga Springs which can be found at Saratogaaoh.com.

Sean Kelleher is the historian for the town of Saratoga, New York. He writes a daily blog at https://historianatsaratoga.wordpress.com/. He is a board member of the Saratoga County History Center. Sean was a member of the New York State French and Indian War 250th Anniversary Commemoration Commission. He can be reached by email at This email address is being protected from spambots. You need JavaScript enabled to view it..

More in this category: « Jeweler by Day, Criminal by Night: The Secret Life of Nelson M. Knickerbacker How Floods Created the Great Sacandaga Lake »
back to top