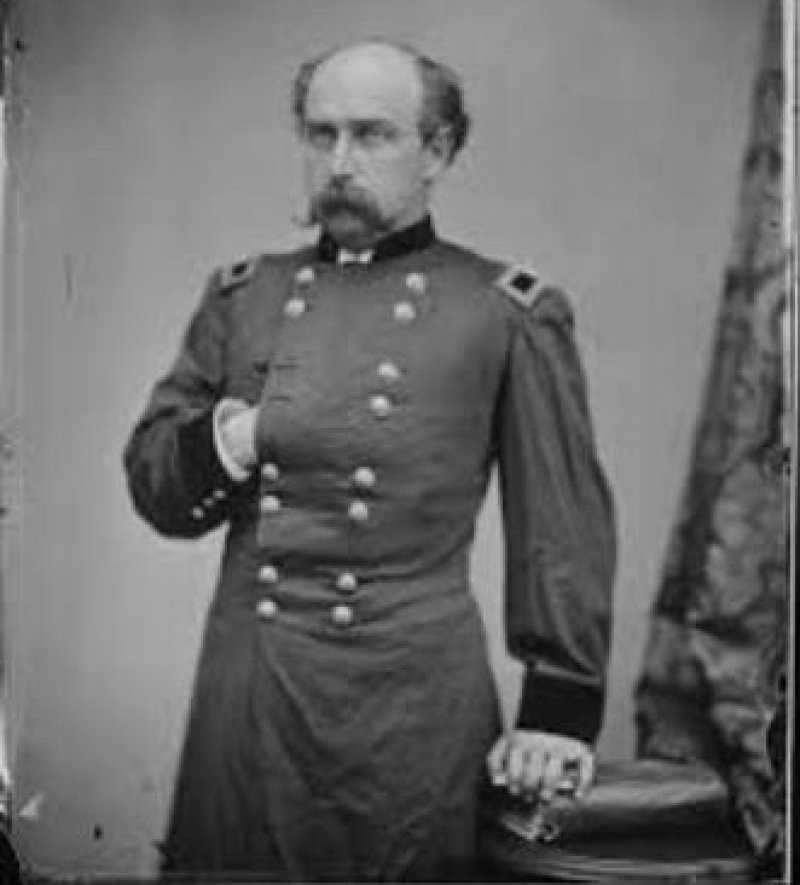 Egbert Ludovicus Viele died on April 22, 1902 at the age of 77 in New York City after an eventful life that began in Waterford, New York. He was born in 1825, son of Kathlyne Schuyler (Knickerboacker) and State Senator John L. Viele. The title of his newspaper obituary notice “Veteran of Two Wars and Indian Campaigns Passes Away” did little justice to his varied career, nor his personal foibles.

Egbert attended Albany Academy and on July 1, 1847, graduated from West Point and was appointed 2nd Lt. of the infantry and served in the Mexican War. From there he was sent to Laredo Texas, became the Military Governor and conducted successful campaigns against the Indians on the western frontier. By October 1850 he was promoted to 1st Lt. but in 1853 he  resigned from the military.

Viele moved to New York City and became the State Engineer for New Jersey, 1854 - 1856. In 1856 he was appointed engineer-in-chief of Central Park and in 1860 redesigned both Central Park and Prospect Park. When the Civil War began he rejoined the military on the Union Side. He became engineering officer of the Seventh Regiment, and was commissioned Brigadier General of Volunteers August 17, 1861

General Viele marched to Washington, forcing the cross of the Potomac River, leading the first troops to reach the capital by that route. He commanded brigades during the Union assaults on the Confederate forces along the southeast coast, first at Port Royal in November 1861, and then the victorious attack on Fort Pulaski on the Savannah River the following April. He participated in the capture of Norfolk, Va., and was named Military Governor of that area later in 1862.

He resigned from the service on October 20,1863 to again follow his career in civil engineering. Moving back to New York City he composed the “Viele Map”, a survey of the original streams and coastline superimposed on the streets of Manhattan, still in use today. 1866 he became a Companion of the New York Commandery of the Military Order of the Loyal Legion of the United States. In 1867, he worked as chief engineer on the Pittsburgh, Buffalo, and Rochester Railroad.

From 1883 to 1884 Viele was the commissioner of parks for New York City. He was elected as a Democrat to the Forty-ninth Congress (1885 – 1887) but was an unsuccessful candidate for re-election in 1886 to the Fiftieth Congress. Egbert resumed his former business pursuits and engaged in literary work.

Viele died from a “sudden attack of indigestion and heart disease” at the age of 77 in New York. He and his second wife, Juliette Dana, are entombed in a pyramid-shaped mausoleum, guarded by a pair of sphinxes, in the Post Cemetery at West Point, New York. Egbert had a buzzer installed in his coffin wired to the house of the Superintendent of West Point to provide rescue if he had accidentally been buried alive.

His father owned mills in Cohoes. Although undocumented, one can assume he must have returned to Waterford to visit family over the years.

Russ Vandervoort in the Waterford Town Historian and leader of the Waterford Canal and Towpath Society and can be reached at This email address is being protected from spambots. You need JavaScript enabled to view it.

More in this category: « The Short but Eventful Marriage of Henry and Eliza Vrooman Sanbun Ford: Forgotten Patriot Rediscovered »
back to top