The Gristmill in Galway 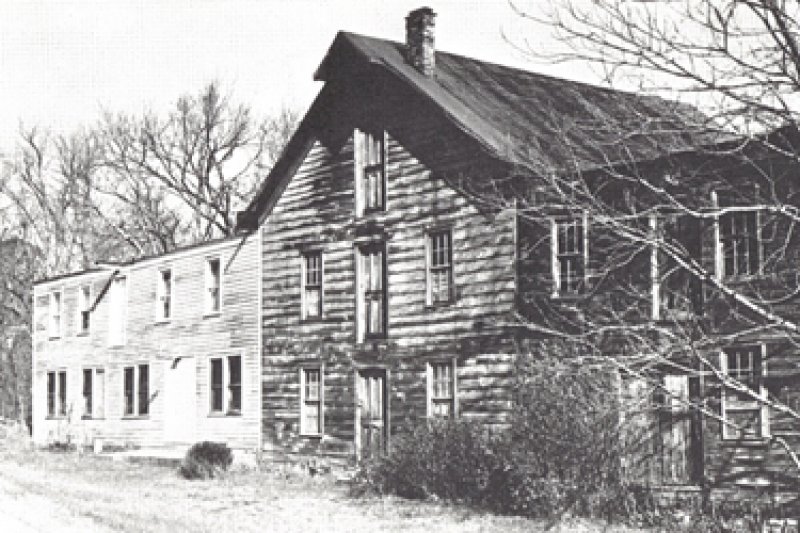 The Town of Galway had more than a half dozen churches in the early 1800s, but very little industry. It was first settled by immigrants from Scotland in 1774. A lack of large rivers or a railroad connection stifled the growth of the town, although by 1855 it had six sawmills, two grist mills, two broom handle factories, and eight blacksmiths within the village of Galway.

The Parkis Mill complex of central Galway was not the largest grist mill in Saratoga county, but a description of its history and operations is illustrative of many others of its kind. The Parkhurst family moved from England to Massachusetts in the mid-1600s, and one of them moved to the town of Ballston just a short time after the first settlement had been established there by town founder Eliphalet Ball in 1772. Solomon Parkhurst changed his name to Parkis and went on to have 12 children.

One of Solomon’s children was Levi, who married Jane Baker in 1852 and purchased a grist mill in Galway six years later. It was the first grist mill in town, built by Daniel Campbell, Schenectady merchant, and original landowner of large tracts of land in the Galway area. When Hiram Foster owned the mill, it was listed in the 1855 census as having “three run of stones, one employee, and works up about 6,000 bushels of rye and corn; but at what amount of profit it is difficult to determine.” The property included the grist mill, a mill pond, house, and distillery.

The mill derived its power from the Glowegee Creek. A wooden chute made of wooden boards clamped together by iron bands brought water from the dam to the overshot wheel. When the wheel was activated, it would turn the upper grindstone while the lower stone remained in place. Grooves in the stones directed the grain to the edges as the upper stone slowly rotated. The gap between the stones was important – the upper stone would be carefully adjusted based on whether the grain was dry, medium dry, or damp.

Levi’s son Edward took over the daily management of the mill in 1882 at a time when there were four other grist mills in Galway. Tragedy struck six years later when the mill and all its contents burned to the ground when bundles of wool stored too close to a heating stove caught fire. It was a tough winter for the Parkis family since the mill burned in the late fall and could not be rebuilt until the spring. Once a new three-story building was completed, Edward expanded the business and began offering farm equipment, fertilizer, and supplies.

After Levi Parkis died in 1903, Edward’s son Henry returned from college in New York City with his new wife and moved into the apartment above the mill. The two began experimenting with prepared pancake flour that would require only the addition of water to prepare. In 1920 the first batch of Jolly Farmer was put on the market in half pound and five-pound bags. Unfortunately, Edward did not live to see this event, as he died a few years earlier from a dynamite explosion when trying to destroy a large boulder near his home.

The grist mill continued to operate under Henry’s management. Wagons and sleighs were used to carry his manufactured flour to Gloversville, Johnstown, and villages in Saratoga County. His buckwheat pancake mix was popular throughout the county and the Adirondacks. After the mill shut down for good in the 1930s it was converted into a house and survived for another half century before being taken down in 1980.

Timothy Starr has lived in the Capital Region since the age of 6 and published 18 local history books, many detailing the inventions and industry of Saratoga County. He can be reached at This email address is being protected from spambots. You need JavaScript enabled to view it..