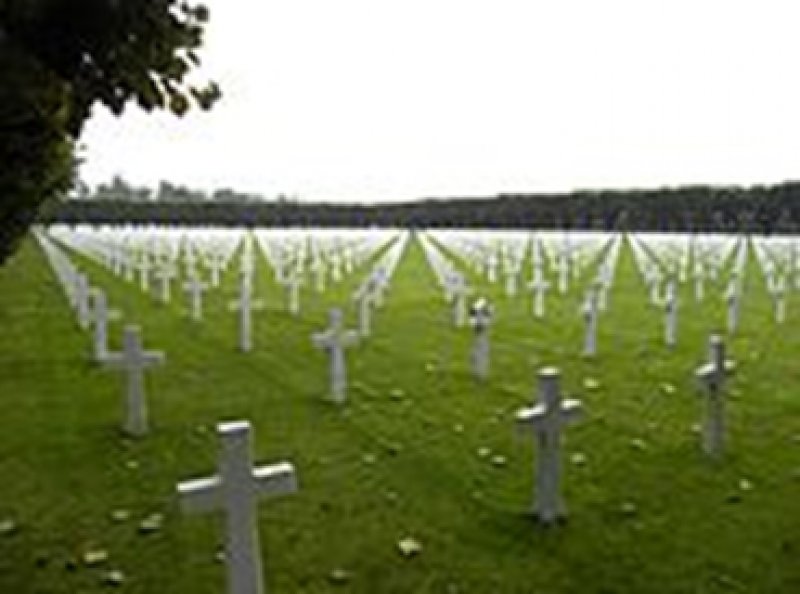 On May 13, 1930, two Saratoga County women set out on an all-expense paid dream trip. Sailing from New York City harbor on the S.S. Republic, they would be welcomed in Paris by French and American officials and put up in one of the most expensive hotels in the city. After visiting the sites in and around Paris, they would stop in London on the way home where they received the same first-class treatment.

It should have been one of the finest times of their lives, but it wasn’t. They were going to visit the graves of their sons who had died during the Great War. In 1921, the government had offered to bring home all of the fallen and the families of about 40,000 agreed. But about 30,000 families choose to let their loved ones rest where they fell with their comrades.

In 1929 Congress enacted legislation that authorized the secretary of war to arrange for pilgrimages to the European cemeteries “by mothers and widows of members of military and naval forces of the United States who died in the service at any time between April 5, 1917, and July 1, 1921, and whose remains are now interred in such cemeteries.” By October 31, 1933, when the project ended, 6,693 women had made the pilgrimage. Almost all of the participants were mothers, rather than widows, so the trips came to be known at the Gold Star Mother  Pilgrimage, the gold star being the symbol hung in the windows of those families who had lost a family member in the service of their country.

The Saratoga mothers were Mrs. George Gurtler from Saratoga and Mrs. Caroline Cady from Greenfield, both of whom lost their sons in October 1918 as the war was ending. Mrs. Gurtler was the mother of Corporal William and Private George Gurtler Jr., both of whom served with the National Guard on the Mexican border prior to World War I and with the 105th Infantry, 27th Division during the War. On October 20, 1918, as the Division was attacking the Hindenburg Line, both were killed in action and are buried together in the Somme American Cemetery. The Saratoga Veterans of Foreign Wars Post is named in their memory.

Mrs. Cady’s son was Private Melville Cady who served with the 1st. Division. In July, 1918, the 22-year-old soldier was wounded by shrapnel but returned to action in August and was killed on Oct. 14, 1918. He is buried in the Meuse-Argonne American Cemetery.

There were nine American Cemeteries in France and Belgium, so the women were divided into groups and bused to the appropriate site.  They visited the cemeteries for several days in a row, for approximately an hour each day for a grave site visit.

Three other mothers from the county – Mrs. Alice Perkins, Mrs. Clarence Walton and Mrs. Clancy Record were too ill to travel.

From 1930 until 1933, 6,500 mothers and widows were reunited with their loved ones for the last time but in 1933 the government was forced to end the program due to the Depression.

Paul Perreault has been the Malta Town Historian since 2009. He served as principal in the Ballston Spa School District from 1978 until 1998 and as a history teacher at Shenendehowa High School from 1967 until 1975. He is a member of the Association of Public Historians of New York State, the Saratoga County History Roundtable and the Ballston Spa Rotary Club. Paul can be reached at This email address is being protected from spambots. You need JavaScript enabled to view it..

More in this category: « The Gristmill in Galway The Sacandaga River Steamboats »
back to top