The Tale of a Headless Rooster 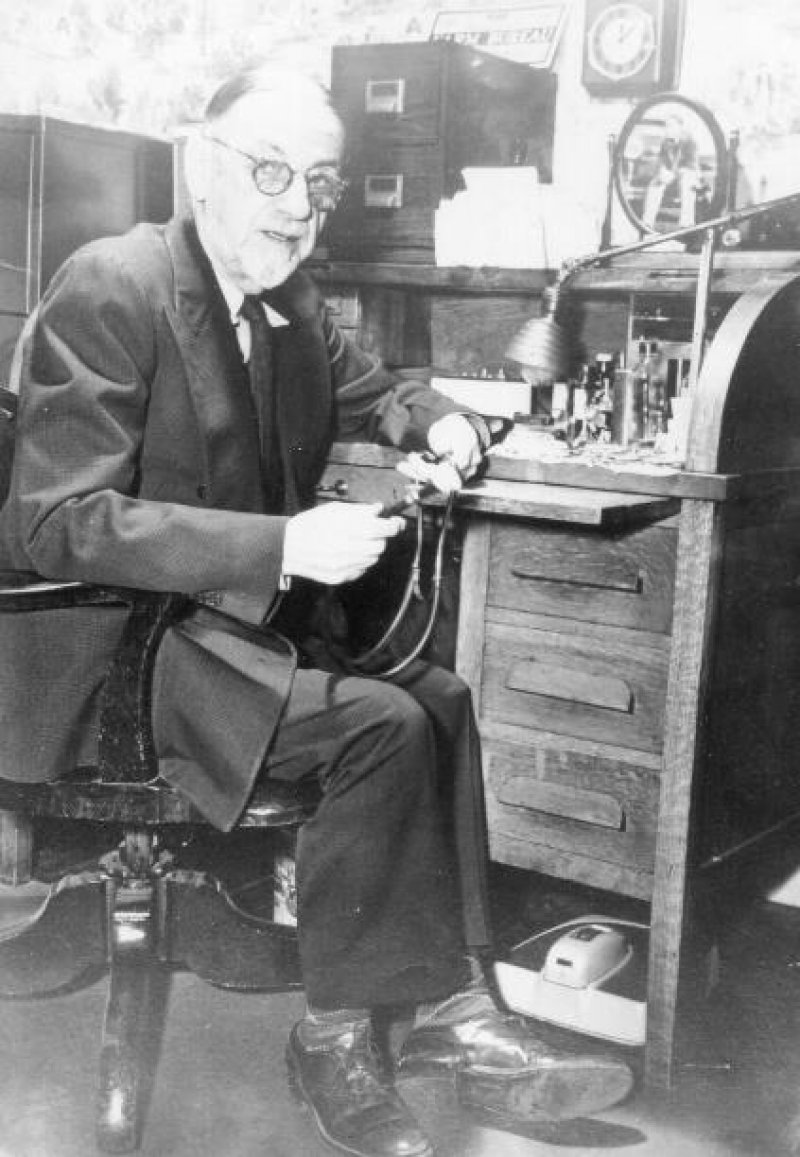 Dr. John R. MacElroy was a country doctor who served the residents of the Jonesville area for over 60 years. He began his medical practice in Jonesville at age 22 in 1894, and continued to care for his patients until he died in 1954 at age 81. He was known to generations of Jonesville patients, hundreds of whom he brought into life.

Dr. MacElroy was also very interested in farm animals. He ran a large dairy farm of 140 acres on the road now named for him in Jonesville, and was also fond of animal breeding. The physician exhibited livestock in the Saratoga County Fair for 50 years and served on the board of directors of Saratoga County Agricultural Society for 35 years. He was also chairman of the annual horse show for many years, and judged numerous animal shows.

In December of 1905, all of Clifton Park was abuzz about a rooster that continued to live for days after having its head cut off. Naturally, Dr. MacElroy was curious to see such a strange animal (if it indeed existed), and the doctor along with the nurse who later became his wife journeyed via horse and buggy to the farm in Burnt Hills where the headless rooster was causing quite a stir.

In a memoir given to me by Mary Hubbard of Clifton Park, Jennie M. Quivey (1893-1995) described this unusual bird. Her family lived on a farm on Goode Street, about one and a half miles from the village of Burnt Hills. When she was just twelve years old, on November 26, 1905, her father I. P. Quivey killed some chickens to take to market. The heads were cut off with a hatchet as was the custom, and the wriggling, twisting bodies were thrown some distance away. One of these happened to be a Plymouth Rock rooster, and although headless, it refused to die. Unbelievable as it was, the rooster soon began strutting his stuff.

The farmer was of course surprised, and lifting the body placed it in a warm place in his hen house. He picked up all the other chickens and returning to the hen house was astonished to find that the headless rooster was still alive. It was promptly named “O’dell.” The rooster was alive the next day and again on the following day and what was the more remarkable, it took in water and food through its esophagus.

News of the headless rooster spread and Dr. MacElroy, who at that time was serving as Supervisor for the Town of Clifton Park, went to see O’dell. His astonishment prompted him to tell the story at a meeting of the Town Board, and they immediately pronounced Dr. MacElroy as being the “biggest liar around.” The Board meeting was adjourned and the members went to Burnt Hills to see this headless rooster for themselves.

Dr. MacElroy invited Dr. Donnelly of Stillwater to witness the headless rooster, and photographers from Ballston came to take photographs. Dr. MacElroy indicated that he would have the rooster taken to the Albany Medical College. Articles about the bird appeared in the Schenectady newspapers on December 16 and 18, 1905, and it was exhibited at the Schenectady chicken show that winter.

Dr. A. G. Wicks, a veterinary from Schenectady, was curious and came to the Burnt Hills farm as well. While he couldn’t answer with certainty the reasons for O’dell’s new lease on life, he assured everyone that the rooster was in no pain. The rooster could eat corn, drink water and was fond of mutton broth. The food and water was placed in the bird’s esophagus, which as soon as it felt the food began the half involuntary motion of swallowing which forced the food into the crop. On nice days the rooster was allowed to walk out in the yard and except for the uncertainty of its steps on account of not being able to see, would act the same as the other fowls.

O’dell might have lived indefinitely, but he caught a cold, developed pneumonia and died sometime in March 1906. In January of 1938, Jennie Quivey wrote to Dr. MacElroy in Jonesville to see if he remembered his visit to her family farm to see the headless rooster. Dr. MacElroy responded on February 3 with this eyewitness account:

“We went to see the cause of all the weird tales that were being passed from mouth to mouth, and appearing in a rather skeptical way in the local papers. After tying and blanketing the horse we went in the house, got warm and then were escorted to the woodshed, where by the light of a kitchen lamp held by your mother, your father got the rooster out of the box coop and set him down on the shed floor. His head had been cleanly severed at a slight angle running from the front of the wattles upward and backward leaving about one third of the comb in tact. The edges of the wound gaped rather widely, showed evidence of healing nicely, leaving a fairly large opening into the esophagus. While slightly uncertain in his gait, he walked about, carrying himself very erect, and showed plenty of desire for food when both of us dropped corn into his gullet at intervals, he reaching and stretching his neck upwards after each morsel was swallowed.”

The next time you use the old expression to describe someone running hither, dither and yon and being overly busy yet accomplishing nothing as a person running around like a chicken with its head cut off, remember the saga of poor O’dell who evidently was not phased in the least about losing his head. It actually prolonged his life for a little longer and gave him some notoriety. After all, we are still talking about this headless rooster one hundred years later.

John Scherer is the Clifton Park Town Historian and also Senior Historian Emeritus at the New York State Museum. He holds a Master’s degree in Museum Studies and American Folk Life from the Cooperstown Graduate Program. John can be reached at This email address is being protected from spambots. You need JavaScript enabled to view it.

More in this category: « A History of Time - Father Time (Zones): Charles Ferdinand Dowd A President, an Assassin, and a Lawyer »
back to top