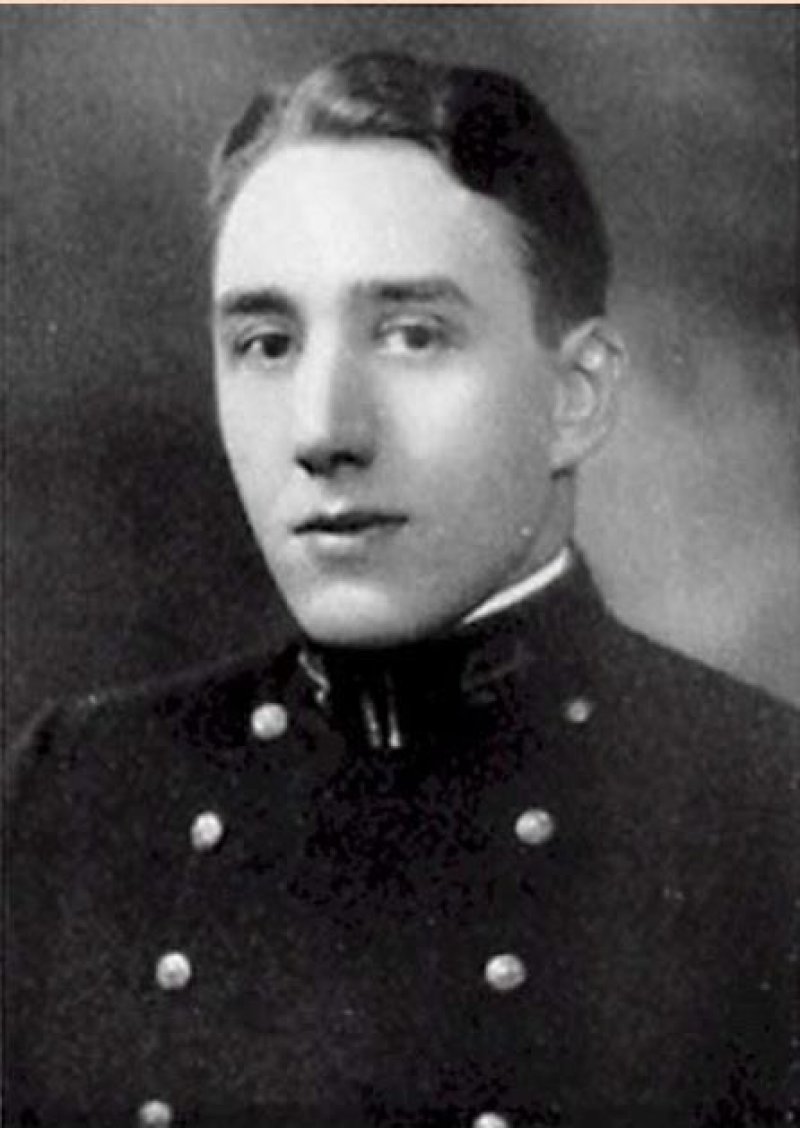 Eighty years ago, on December 7, 1941, the Japanese forces launched a devastating surprise attack on Pearl Harbor, and a local man played a big role in defending against that attack. Furthermore, his actions have been credited with shortening  the war in the Pacific.

That Sunday morning, hundreds of Japanese fighter planes descended  on the naval base there and managed to destroy or damage nearly 20 American naval vessels, including eight battleships,  and over 300 airplanes.  More than 2,400 Americans  died in the attack, including civilians, and another 1,000 people were wounded. The day after the assault, President Franklin D. Roosevelt asked Congress to declare war on Japan and formally enter World War.

Lawrence Ruff was born on 7 July 1905 in Troy, NY and grew up on Green Street in the village of Schuylerville. His father was a merchant of seed and flour on Spring Street. Ruff had a typical childhood; he was the bugler for the local Boy Scout troop and excelled academically in high school. He entered the US Navy in 1923. His intelligence was noted, and he was sent to the U. S. Naval Academy at Annapolis, Maryland. Ruff’s early career (10+ years) in the Navy had various ship-based assignments.

On that fateful Sunday morning in December, Lieutenant Ruff was assigned as the battleship USS Nevada’s communications officer. He was planning to attend church services on the hospital ship, USS Solace. Ruff and Father Drinnan took a small launch boat on a peaceful journey across the Pearl Harbor passing by all six Pacific fleet battleships. They arrived shortly before 7 a.m. Ruff was waiting for the church service on the hospital ship, when at 7:55 a.m., they heard the first bombs.

The Japanese made a completely surprise attack on the American fleet at Pearl Harbor. Ruff witnessed the battleship USS Arizona erupt  in flames and smoke. He rushed back to the small launch boat and took a harrowing journey across the same Harbor including being strafed by a Japanese aircraft. At 8:10 a.m., the battleship USS Oklahoma rolls over, entombing 460 sailors.

When Ruff boarded the Nevada, around 8:25 a.m., he discovered  that most of the Nevada’s senior officers were absent and that those present would have to assume duties for which they had not been trained. Ruff made his way to his station in the Nevada’s conning. Lt. Commander Thomas was the most senior officer  present. However, Thomas was several decks below at his duty station.

As soon as they were able to communicate, they quickly agreed that Thomas should remain in charge of the ship below decks while  Ruff took care of topside duties  as Officer of the Deck. Ruff was ordered to “do his best to get them out of the harbor as quickly as possible, dispensing with the usual protocol.” Ruff assumed the conning of the ship as “Acting Navigator.” The Nevada started to raise enough steam to move the ship out of harm’s way at 8:32 a.m. This was just in time as an ocean of burning oil from the Arizona was slowly moving toward the Nevada’s bow, threatening to engulf her in flames.

The Japanese 2nd attack wave of airplanes arrived  at 8:45 a.m. The Nevada continued to move out of the harbor, which rose the spirits of the American sailors fighting fires on many ships. Cheers could be heard as sailors saw the Nevada  making a wake. However, the Japanese also noticed. From 9:40 to 9:50 a.m., the Japanese air attack focused on the Nevada with five 250kg bombs making direct  hits on the ship and 10‐ 15 bombs missing the ship. This resulted in 11 fires burning  out of control  on the Nevada. At this point, Ruff helped steer this battleship out of the main shipping channel and beached the boat at Hospital Point.

The actions of Ruff’s and his crew resulted in the Japanese 2nd wave focusing on the Nevada rather than the American fuel supplies. Historians believe it would have cost the Americans at least a year if the Japanese had managed to destroy this fuel supply.

In addition, Ruff’s action to clear Nevada of the shipping lane allowed the Americans to make rapid use of the port to rebuild the Pacific fleet.

Ruff served in both the Second World War and the Korean War. He retired as a Rear Admiral and received the Bronze, Silver and Gold Star for his courage.  His second career was as an educator in Long Beach, California.  He made many family trips back to Schuylerville to visit his extended family (nine brothers and sisters).  It is not rare in some circles to still hear Ruff family stories about Uncle Larry. He was a source of inspiration for the family to provide public services, including his niece, June Launder, who was a remarkable WAVE nurse in the Pacific during the war. Lawrence Ruff died on October 20, 1978 at the age of 73.

Sean Kelleher is the Vice President of the Saratoga County History Center and Historian for the town of Saratoga. He posts a daily blog to historianatsaratoga.wordpress.com. Sean may be contacted by email at This email address is being protected from spambots. You need JavaScript enabled to view it.

More in this category: « A President, an Assassin, and a Lawyer Marquis de Chastelliux visits Saratoga Battlefield »
back to top