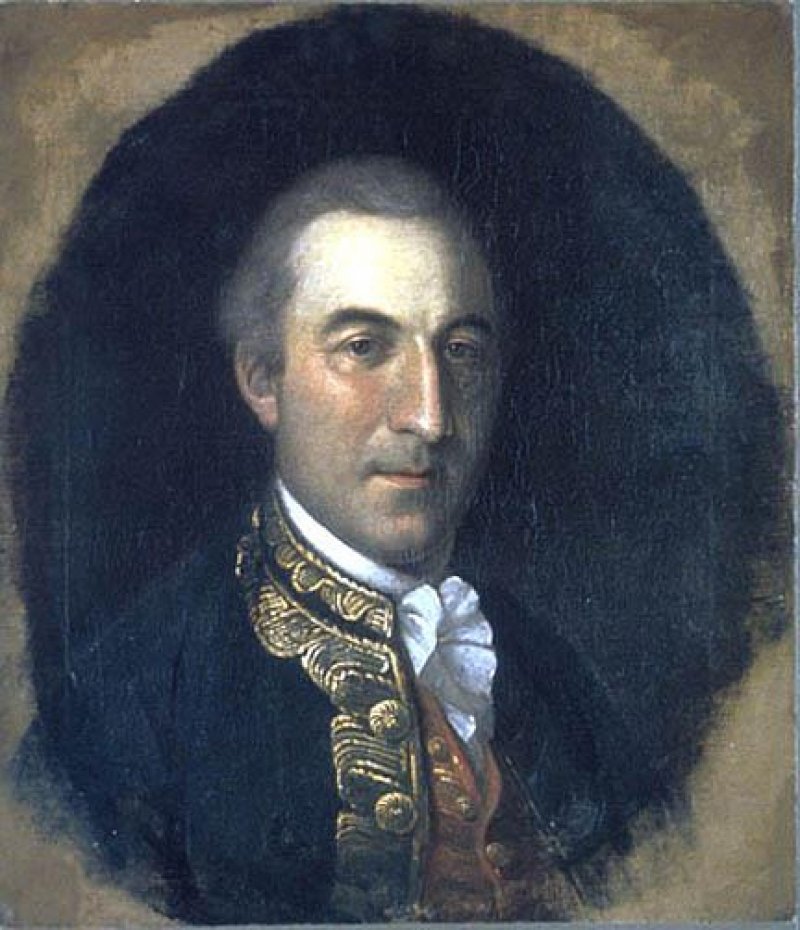 The Battles of Saratoga drew visitors to the region even before the Revolutionary War ended.

It is well known that the American victory at Saratoga garnered the outright support of the French. Not only did the French decide to send part of their navy, but they also sent troops under General Rochambeau. A member of Rochambeau’s staff, François Jean de Beauvoir, Marquis de Chastellux, was incredibly interested in the Battles of Saratoga. Being the ninth child of an aristocratic family, Chastellux entered into a military career. Eventually his military career and his knowledge of English allowed him to hold conversations with people in America and led him to join Rochambeau’s staff. This position brought him to the United States and allowed him to visit some of the major battlefields of the Revolution to that point, including Saratoga. He wrote the annals of his travels and published this account in his book Travels in North America in the Years 1780-1781-1782.

On December 29, 1780, General Philip Schuyler accompanied Chastellux on his trip from Albany to Saratoga. When they passed over the Mohawk River on the ice, they were delayed, but only by mere minutes, by a couple of the horses falling through. Once the horses had been retrieved and revived, they moved north to Half Moon and Stillwater, then to “Stillwater Landingplace,” then to Bemis Heights which he calls Bream’s Heights. In his account, he spends a great amount of time describing the land, and he writes that he does not want to call the area a field of battle, “for these two engagements were in the woods, and on ground so intersected and covered, that it is impossible either to conceive or discover the smallest resemblance between it and the plan given to the public by General Burgoyne.” While Chastellux does tend to be relatively impartial and focus on the facts of the battle and what he sees, he does show disapproval on more than one occasion towards General Burgoyne’s account of what happened during and surrounding the Battles of Saratoga.

Chastellux finishes off his account and observations regarding the Battles of Saratoga by writing that “the more you examine the country, the more you are convinced that the expedition of Burgoyne was extravagant, and must sooner or later have miscarried, independent of the engagements which decided the event.” This is a different interpretation than is frequently heard, which tends to blame the events on Howe’s failure to reinforce Burgoyne from the south. Chastellux instead believes that Burgoyne’s plans were doomed for other reasons.

After touring the fields where the Battles of Saratoga had occurred, he stayed at General Schuyler’s home in the country, located in what is now Schuylerville. He remarks that Saratoga is on the bank of the Fishkill, and one of Schuyler’s former houses was on that same river. In addition to the house, there had been “a large farm depending on it, two or three saw-mills, a meeting-house, and three or four middling houses.” Chastellux also tells the story of why Schuyler’s large original house was no longer standing; “General Burgoyne had scarcely reached the other side of the creek, before he set fire to General Schuyler’s house, rather from malice, than for the safety of his army; since this house, situated in a bottom, could afford no advantage to the Americans, and he left the farm standing, which is at present the only asylum for the owner.” Schuyler had immediately rebuilt a more modest home on the site that remains today, managed by Saratoga National Historical Park.

Chastellux’s visit to Saratoga not only gave a small glimpse of the land on which the battles were fought, but it demonstrated how the Revolution had touched the people of Saratoga County.

Joanna Case is a senior at Siena College majoring in history, minoring in French, and working towards a certificate in American Revolutionary War Era Studies through the McCormick Center for the Study of the American Revolution. She is from Tully, NY and frequently takes part in historical reenactments with the 2nd Albany County Militia. She can be contacted at This email address is being protected from spambots. You need JavaScript enabled to view it..

More in this category: « Local Hero Changed the Outcome at Pearl Harbor History Fisticuffs at the Filling Station »
back to top