History Fisticuffs at the Filling Station 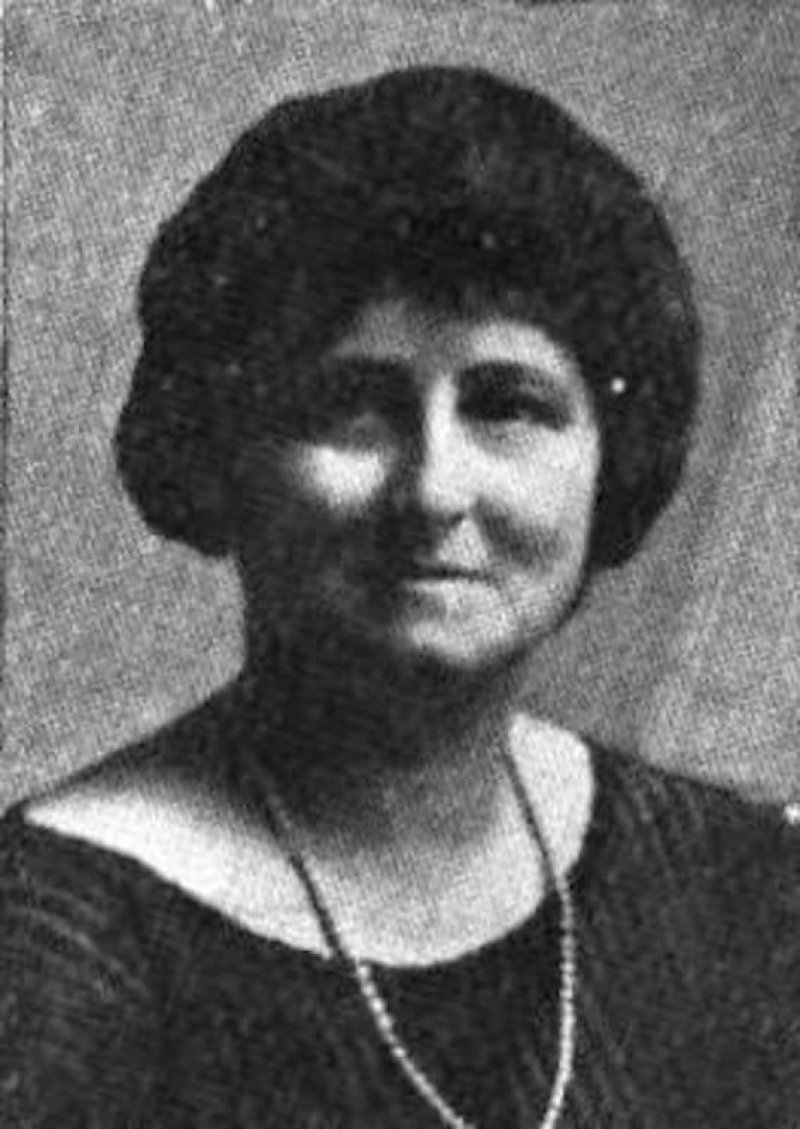 If anyone were to guess which municipality in the county was the first to elect a female supervisor, the most popular answer might be Saratoga Springs or maybe Ballston Spa or even Mechanicville - but these would all be incorrect. In fact, it might come as a shock that the first elected female supervisor in Saratoga County represented the Town of Hadley.

Anna Riddell came to Hadley from Boston in 1910 after marrying a local man. She first made the local newspaper in 1915 when The Saratogian reported, “Mrs. Anna Riddell has purchased a Ford runabout which she intends to operate herself after taking a few lessons.” Apparently, the lessons were a success and Anna’s love for automobiles flourished. In 1920, when Riddell’s house was destroyed by fire in the middle of the night, the family barely escaped in time, with nothing but their nightclothes, but “a Dodge touring car belonging to Mrs. Riddell which was in a building connected with the house was saved through great difficulty because of the deep snow.” No longer just a hobby, Anna had become a chauffeur for hire and may have been the first female to obtain a driver’s license in Saratoga County.

In addition to her passion for cars, Anna also showed conviction for civic groups and local government. Anna was active in Woman’s Suffrage and volunteered for the Red Cross during World War I, chairing liberty loan drives and serving as a member of the motor army ambulance corps of Hadley.

In 1923, Anna decided to run for town supervisor. She was up against incumbent Lester Fowler, a fellow Republican, which forced her to run as an Independent. In a closely contested race, Anna won by just nine votes. On November 7th, 1923, the headline in The Saratogian read “Hadley Woman Elected to Board of Supervisors Setting County Precedent.” Anna served on the Child Welfare Committee and the Equalization Committee, also serving as chairwoman of the Board of Canvassers.

Most supervisors in Saratoga County serve two-year terms, which was the case for Anna. In 1925 she was defeated by J.H. Smead, who had formerly served as a supervisor in the town and was held in high regard. She kept herself busy, no doubt helping with the family business, a feed and grain store in Hadley, but also serving as a deputy for the Sherriff’s Department in 1926 and 1929.

In 1931 when it was rumored that Supervisor Smead planned to run for Saratoga County Sheriff, Ann threw her hat in the ring and once again was pitted against Lester Fowler, this time in a primary. Both Lester and Anna wanted the seat vacated by Smead and it was no secret that there was bad blood between them lingering from the former contest. It all boiled over on a summer afternoon when a chance meeting at the local gas station turned ugly.

According to an article that appeared in The Saratogian on August 5, 1931, Riddell and Fowler found themselves at the Rozelle Filling Station in Hadley at the same time and while “visiting”, the conversation became heated. According to Riddell, Fowler “called her a name which could not be printed. ‘You can’t call me a name like that’ Mrs. Riddell says she told Fowler, ‘and then he got up out of his chair and struck me in the face, nearly knocking me over.’ She says she was attended by a physician.”

Fowler’s side of the story was a bit different, he stated, “on the occasion in question the woman involved was guilty of breach of the peace of loud and profane language, and of violent conduct, during the course of which she committed an assault upon him. Fowler denies that he struck the woman and her entire version of the controversy.”

Although both claimed to have been assaulted by the other, Fowler was arrested and charged with assault in the third degree and a hearing was scheduled for August 7, 1931 in front of Justice of the Peace S. L. Holland in Hadley. However, at the 11th hour, a Supreme Court Order referred the case to the Saratoga County Grand Jury. As a result, no further action could be taken on the case until the Grand Jury convened in October, after the primary election was to be held.

The results of the primary were as close as it could possibly be: Lester Fowler led Anna Riddell by one single vote. Despite Anna’s call for an inspection of all the votes, Fowler was declared the winner. Anna did go on to run in the general election as an Independent but was unsuccessful. The following month, the Grand Jury failed to return an indictment for Fowler’s assault charge.

Despite her loss, Anna continued to stay involved in local government. She served as Tax Collector over multiple terms during the 1930s. After the death of her husband, Anna moved to Saratoga Springs and lived with her son Carl. She passed away in 1957 at the age of 82 in the Wilton Nursing Home. At the time of her death, the Saratoga County Board of Supervisors passed a Resolution in Memorium recognizing Anna for her service as the first female on the board.

Though her fisticuffs with Fowler at the gas station may have been the best documented fight in her life, we shouldn’t lose sight of the other major struggles that produced a positive outcome for her community and illuminated her strength of character. Anna entered an arena that few women had ventured into before and the courage it must have taken is admirable. She continued to push boundaries of acceptable female employment, driving right through those barriers, and made history. Thanks for taking the road less traveled Anna, it gives the rest of us something to aspire to.

Lauren Roberts is the Saratoga County Historian. She is co-host of the WAMC podcast A New York Minute in History, along with NYS Historian Devin Lander. Roberts co-produced the recently released documentary Harnessing Nature: Building the Great Sacandaga, which chronicles the creation of the Sacandaga Reservoir. You can reach Lauren at This email address is being protected from spambots. You need JavaScript enabled to view it.

Read 1204 times
More in this category: « Marquis de Chastelliux visits Saratoga Battlefield The Mystery of the Wood-Mann Cemetery Monuments »
back to top