John Taylor: New York’s “Only” Speaker of the House 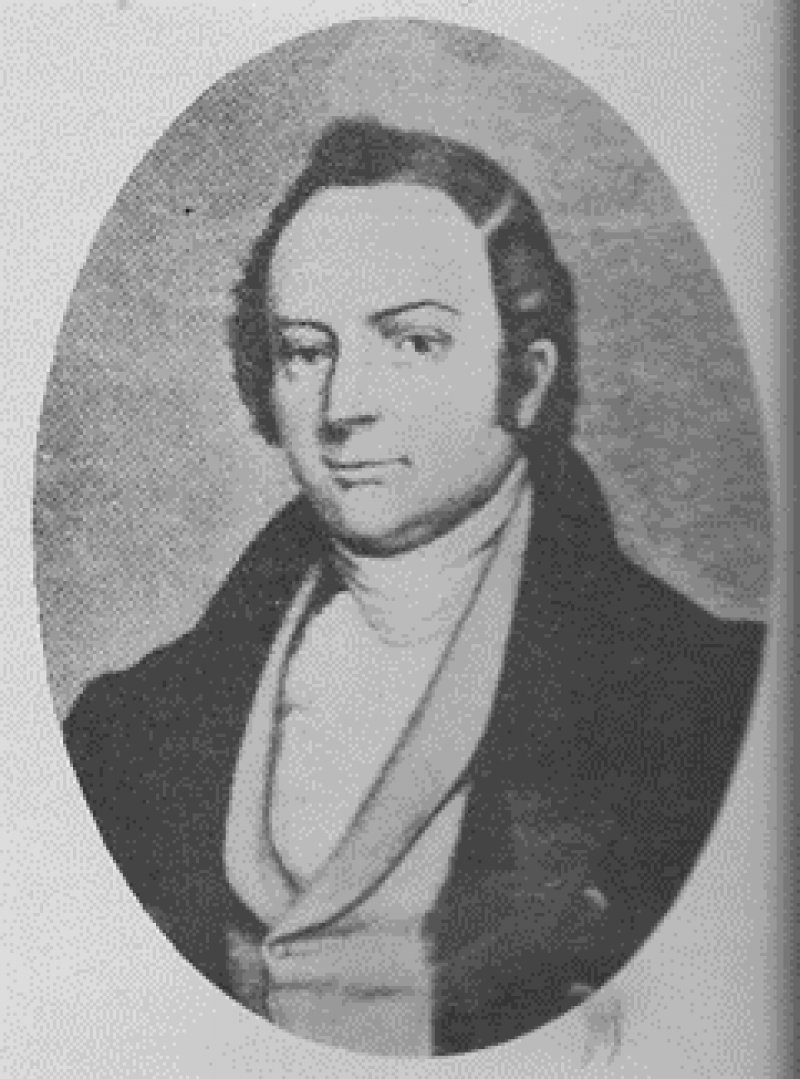 What do you suppose history will say about politicians of current times? Hindsight is often different from what was presumed by contemporaries.  But for John Taylor, who became New York’s first Speaker of the House of Representatives, that does not seem to be true. He was always seen as a man of high standards, even if those high standards irked some people in his own political party.

Many years ago, it was said by an unknown author that “Mr. Taylor was a gentleman of the old school, polite and courteous, an eloquent and forcible speaker, and delivered frequent orations on literary and national topics…..In private life he was retiring, fond of cultivating his garden, and generous in distributing its fruits and flowers.  He hated corruption in politics and spurned the use of money for political personal success, and his constituency always returned unwavering confidence in his sterling integrity.” John Taylor (1784-1854), whose house still stands on West High Street in Ballston Spa, was a highly respected gentleman and a man who gave a great deal of his life in service to our country.

Taylor was born in what would become Charlton, lived in Ballston Spa, and then for a time in Corinth.  He was a graduate of Union College, the valedictorian of his class at the age of 19, and, soon thereafter, was admitted to the bar to practice law.  He was elected to the State Assembly (1812-1813) where he was known for his efforts to combat corruption especially in relation to banks who were exercising more power and influence than they should at the time. After that short stint, he was elected to the US House of Representatives where he served for 20 years, from 1813-1833.  It was during that time that he was Speaker of the House twice, making him fourth in line in the succession to the Presidency, should anything happen to the President, Vice-President, and President pro-tem of the Senate.  (In later years, the positions of the President pro-tem and Speaker of the House were reversed in the Presidential succession order.)

His goal as Speaker was to be totally impartial, not favoring either party’s agenda but doing what he felt was best for the country.  That did not set well with some of his colleagues, thus ensuring that his two terms as Speaker were split, as he lost an intervening term.  Then, after losing the election of 1832 because the party leaders were again dismayed with his non-partisan performance, he resumed the practice of law in Ballston Spa.  Later he became a member of the State Senate.

In the state legislature, he was actively involved in the conduct of the War of 1812 and, while in the Assembly, he became highly respected and known as an excellent debater.  In the Congress, he aligned himself with James Tallmadge and Rufus King, both from New York, who strongly believed that slavery should not be extended into the territories.  With that belief, he disagreed with Henry Clay, the “Great Compromiser” of the time.

Despite those differences with the very influential Clay, the two men maintained a healthy respect for each other. Clay visited Ballston Spa at one point and made quite a scene with his praise for the integrity of Taylor.  Taylor also knew Dolly Madison, the President’s wife, who remarked once that there was “always something wanting at a dinner or a party if Mr. Taylor was absent.” Her respect for him was exemplified by the fact that she gave him a small piece of Martha Washington’s wedding dress as a memento.  In addition, he accompanied General Lafayette of France, famous in our Revolution, around the New England states while Lafayette was visiting the country in 1824.

It was from his State Senate position that he resigned in 1841 because of a crippling stroke. He moved to Cleveland, Ohio to live with his daughter where he died on September 18,1854.  He is buried in Ballston Spa Village Cemetery.

But, besides the esteem, his fame truly lies in the fact that he was the only New Yorker to ever be Speaker of the House of Representatives…… sort of.  In reality, there was ONE other person from New York who was Speaker of the House, but for a very short period of time.  His name was Theodore M. Pomeroy, born in Elbridge NY and later moving to Auburn, NY. Schuyler Colfax, who was Speaker from 1863-1869, was elected Vice-President with Ulysses S. Grant.  In order to be sworn in at noon on March 4, 1869, inauguration day at that time, Colfax resigned his speakership at 11AM the day before. Within about an hour, Theodore Pomeroy was sworn in as the new Speaker. Since that 40th Congress ended at noon the following day, so did Pomeroy’s term as Speaker, the total length of his term approximately 24 hours.  It was the shortest term of office for a Speaker in our history and since his term is often forgotten, Taylor usually gets the credit for being the only New Yorker to be Speaker of the House of Representatives!

Rick Reynolds has been the Ballston Town Historian since 2004. He is a retired social studies teacher at Burnt Hills-Ballston Lake Middle school and is the author of the book “From Wilderness to Community: The Burnt Hills-Ballston Lake Central School District. Rick can be reached at This email address is being protected from spambots. You need JavaScript enabled to view it.