ALBANY – More than $2 million that Saratoga Springs had been annually receiving as a host city of Video Lottery Terminals at Saratoga Casino, has been yanked from the state’s 2020-2021 Executive Budget, Gov. Andrew Cuomo announced this week.

Established in the 2006-2007 NYS budget, the city has been receiving between $2 - $3 million dollars per year to assist with costs associated with hosting Video Lottery Terminals.  The city expected to receive $2,325,592 in VLT Aid revenue in 2020.

The costs offset include those associated with public safety, explained Assemblywoman Carrie Woerner.

“In Saratoga Springs, thousands of guests visit the Saratoga Casino Hotel to gamble and otherwise enjoy the casino’s facilities. Unfortunately, the influx of visitors puts additional strain on the city, and particularly on the Saratoga Springs Police Department,” Woerner said, in a statement. “VLT Aid is used to alleviate some of that cost. Cutting this aid will be a significant burden on cities like Saratoga Springs across the state, and I am committed to ensuring that it is restored in the final 2020-2021 enacted budget.”

“It goes without saying that this would be a significant loss of revenue to the city,” Commissioner of Finance Michele Madigan said, in a statement.  “This is not the first time the Governor’s Executive Budget and the State have pulled back on VLT revenue.  It has been decreased at least once and eliminated before - only to be re-instated at a substantially decreased amount.”

In 2009, Saratoga Springs was scheduled to receive approximately $3.8 million in video lottery terminal aid for hosting the then-named Saratoga Gaming & Raceway. Shortly before it committed to its 2009 budget however, the city was informed of then-Gov. David Paterson's proposal that those numbers were to be cut in half.

At Saratoga’s other track, where harness races have been run since 1941, the season was extended in 1978 to include winter racing, and the venue began to host recreational events and music festivals to make ends meet. In early 2004 the video gaming machines, also called video lottery terminals, or VLTs, arrived.

Madigan said that she will be contacting members of the Senate, Assembly and Governor’s office, and ask Saratoga Springs council members to do likewise.

Login to post comments
More in this category: « Tonko Announces $85K in Awards to Capital Region Arts Programs; Skidmore Jazz Among Recipients Two Fine Art Paintings from the Marylou Whitney Collection Going Up for Auction »
back to top 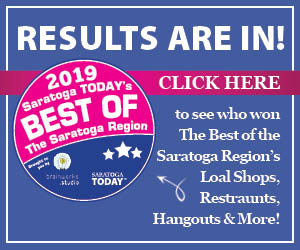