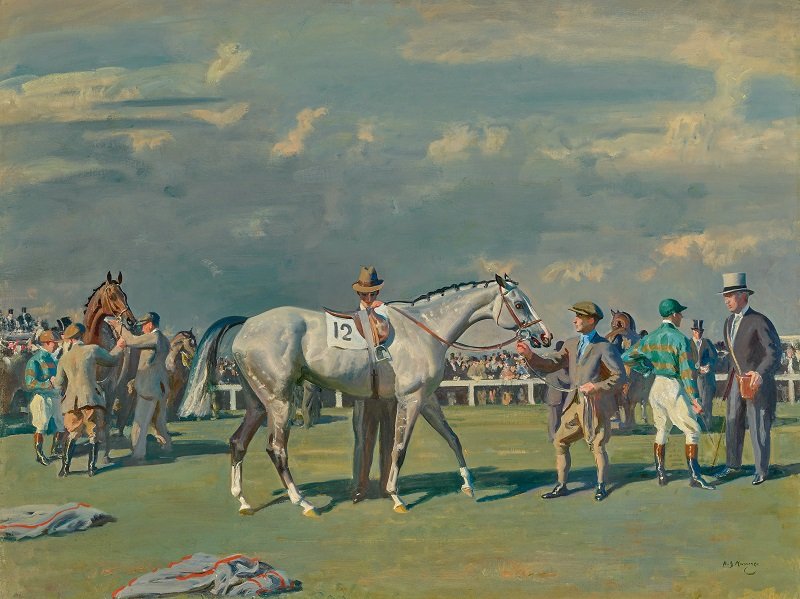 Mahmoud Being Saddled For The Derby, 1936, Sir Alfred Munnings - estimated in excess of $3.5 million – is one of two paintings from the collection of Marylou Whitney being auctioned by Sotheby’s this month. Photo: courtesy of Sotheby’s.

The latter painting was commissioned by Sir Sultan Mahomed Shah, Aga Khan III, a horse breeder, to commemorate his record Derby Victory with the horse Mahmoud. Aga Khan was a shrewd breeder, and his family had been associated with horses since sixth century Arabia.

With the advent of World War II, Aga Khan accepted a bid from an American consortium, led by Cornelius Vanderbilt “Sonny” Whitney, for the purchase of Mahmoud in 1940. Mahmoud became the star stallion at the Whitneys’ farm in Kentucky and a horse who sired one of the most important lines in modern American racing.  For more information about Sotheby’s 19th Century European Art Auction, go to: https://www.sothebys.com/en/buy/auction/2020/19th-century-european-art?locale=en.