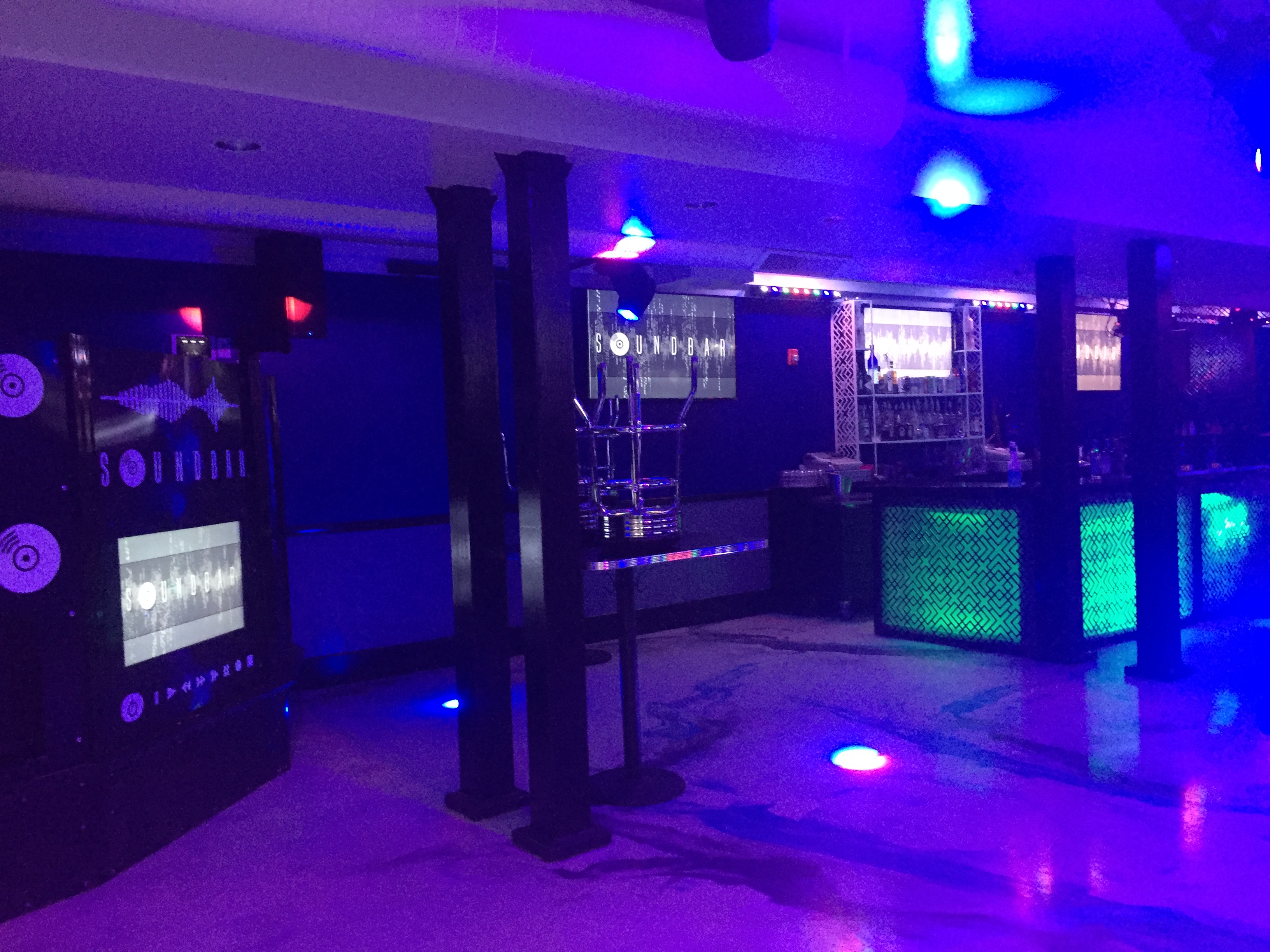 Remodeled with new sound, lights, floor and seating area, Soundbar hopes to offer a little bit of everything for every visitor and resident of Saratoga. Photos by Opal Jessica Bogdan.

SARATOGA SPRINGS — After remodeling early this year, Soundbar Saratoga has the goal to add to what Caroline St. has to offer.

After being known as The Reserve, Marketing Manager Brian Miller joined forces with Bar Owner Joshua Loucks to redesign the bar. Offering live music and a late happy hour, Miller believes Soundbar offers the best of what’s around.

“My goal is to make everyday like a wedding. Everybody always has fun at weddings,” Miller said. “If you think about it everyone is always excited about weddings, the music is always awesome at a wedding and you come down and you have fun. We want to recreate that every Friday and Saturday.”

The bar opened in February, completely remodeled with new floors, lights, sound system and sitting areas. Miller said they kept ideas such as the bottle service they previously offered. He said live music at an earlier hour is something new to both him and Loucks, but it was something they wanted Soundbar to have. From 7 p.m. to 11 p.m. Soundbar would be a live music venue and offer a happy hour until 8:30 p.m., which Miller thinks is the latest happy hour offered in the area. Soundbar also has a tiki influenced cocktail menu where guests can get drinks like a painkiller, mai tai and other classy cocktails.

“Not only can you come down and see a band at 8 p.m., you can still get some drink specials,” Miller said.

The idea for Soundbar came from Loucks and Miller after they asked their core staff as well as customers what they wanted to see the bar become.

Loucks purchased the Reserve in 2015 and the Bourbon Room in 2016. However, Miller has been marketing for the location since it was known as the Paddock. Miller said Soundbar is the best because the bar can serve multiple functions.

“This bar can be almost anything, it's not really pigeon holed in anything. It looks like a club and has a light show like a club but I can turn the lights up and we could hold a conference down here if you wanted to,” Miller said.

Remodeled with new sound, lights, floor and seating area, Soundbar hopes to offer a little bit of everything for every visitor and resident of Saratoga.    Along with live music, Miller hopes to host themed events to go along with the bands they bring in. He said through that, Soundbar won't be just the place to listen to a band and dance, but also offer give- aways, raffles and contests depend- ing on the theme. They also host unique shows. This past month, Soundbar hosted Shake Rattle & Roll Dueling Pianos and plans to bring them back this April.

“To sit down and come up with a theme and watch it develop, this job is a creative output for me,” Miller said. “To work with a bunch of great people and see something develop. Even Soundbar is just an extension of that. Yes, we do a bunch of little events but Soundbar alone...we sat down with a group of people and discussed what we should do.”

Currently, Miller is preparing for the annual LepraCon event this March. The event is in celebration of Saint Patrick’s Day. Donations go to the American Cancer Society and participants can be entered for raffles and prizes. This will be their fifth year participating as a location, but their first year as Soundbar.

“100 percent of the registration fee goes to the Capital District Office for the American Cancer Society. Weather is a key thing for us. It has been very cold and I’m sure a lot of bars know its been really cold. So it’s great to try and do something that gets 400 to 500 people outside and supporting,” Miller said.