Building Improvements Within The City Make It Even More Attractive 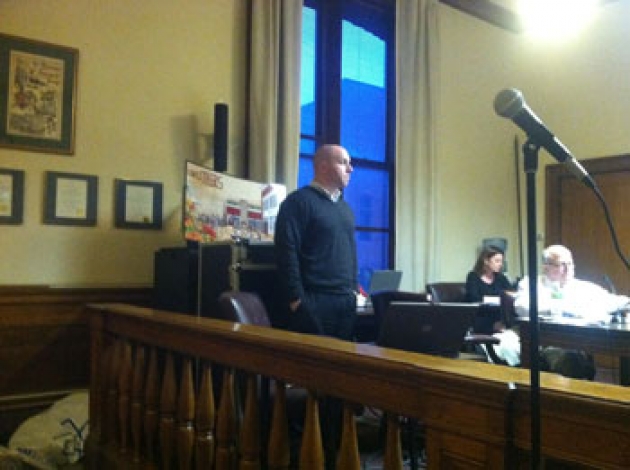 SARATOGA SPRINGS — With the approval of Druthers Brewing Company’s request to build a second bar area and rooftop garden space and the Caffé Lena’s request to revamp the back side of its building with a spruced up patio area complete with a commissioned statue and a two-story building for entrance to the second floor café, Saratoga Springs is quickly becoming more and more of an artsy destination place.

“I am impressed with the quality of the building and it is a nice fill-in project,” said Planning Board Chair Clifford Van Wagner of the Druther’s project, adding later on during Wednesday night’s planning board meeting that the improvements approved for Caffé Lena would also enhance the image of the Spa City.

“What a nice little project,” said Van Wagner, adding that the improvements would help traffic flow on Phila and add art in civic places.

Board members also approved a request from Bonacio Construction to add 10 more residential units to their project at 60 Weibel Avenue, bringing the total number up to 188 residential units and 124,000 square feet of commercial space.

Druthers, located at 381 Broadway, plans to add a small space between its building and the Perry building next door to construct a second bar and dining area. It will feature a 24-seat bar, 15 tables and fireplaces. The single-story structure will be 758-square-feet and will be used for private functions and dining.

“It is smaller than the original design,” said owner Chris Martell of Ballston Spa, adding that space was lost to add an additional means of egress to comply with fire codes.

Matt Hurff of Frost Hurff Architectures said the changes to 47 Phila Street were small and “modest,” adding that the building had not seen any significant improvements in nearly 60 years.

There will be new bathrooms, kitchen and performance space, as well as façade improvements, but the most significant change will be to the back of Caffé Lena where a herringbone brick patio will be built, benches added and a statue will be commissioned and placed.

“It is a civic space and we strongly encourage some public art,” said city planner Kate Maynard, adding that the statue would be a nice addition.

Van Wagner echoed her comments, adding that perhaps the statue could be of Lena Spencer, the founder of Caffé Lena.

In other business, Sonny Bonacio asked to build an additional building in the northwest corner of his project at 60 Weibel Avenue. The approved building would mirror existing buildings and will compliment the new project proposed for 72-74 Weibel.

“The applicant made an error for the evening hours,” said Mike Toohey, representing Saratoga County, adding that the facility would be open Tuesday, Wednesdays and Thursdays until 9 p.m.

Van Wagner pointed out to board members that the applicant “accepts clients by appointment only,” and that the issue of the mental health department, Friendship House and the county’s alcohol and drug counseling services combining their services under one roof on South Broadway had been “somewhat controversial and emotional,” for some residents.

Board member Tom Lewis said he was “perplexed” by the controversy, adding that the use of the former Topper building “brings jobs, people and vibrancy to downtown Saratoga Springs.”

Board members approved the request.

More in this category: « Advisory: Police Look to Identify Person in Surveillance Photo in Relation to Granger Avenue Robbery/Assault Investigation Attention Iraq and Afghanistan Vets: The Town of Malta Wants to Thank You »
back to top