Big Night for Incumbents, Woerner-Catalfamo Assembly Race Goes Down to The Wire 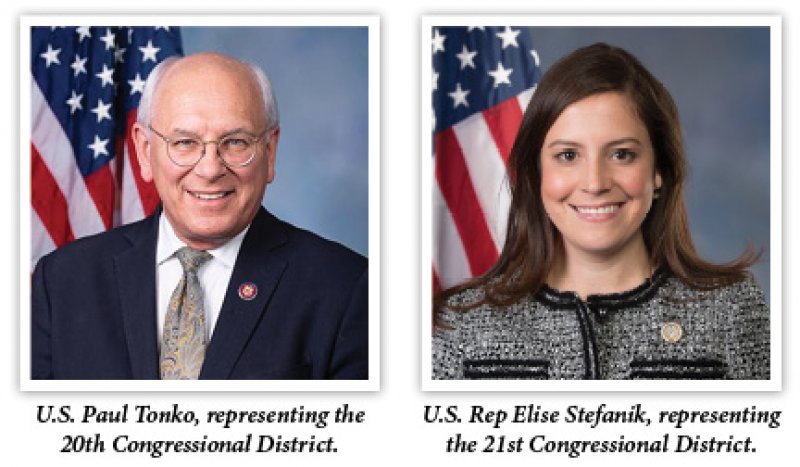 SARATOGA SPRINGS ­­—  The 2020 election proved to be a successful one for most local political office-holders, although the 113th Assembly District seat – which matches incumbent Carrie Woerner against challenger David Catalfamo - and the Saratoga Springs Charter Proposition vote will have to wait until at least next week to ultimately be decided.

In the 2016 presidential race, just under 113,000 ballots were cast in the county. This year’s vote count could top 130,000 after all absentee ballots are tallied next week. For the first time in a presidential election, the county this year hosted an early voting option. A trio of sites – located in Clifton Park, Ballston Spa and Wilton, secured a total of 27,570 voters over the nine-day early vote period.

Paul Tonko (D, WF, I) secured his reelection bid to the U.S. House representing the 20th Congressional District with a 55-42 victory over challenger Elizabeth Joy (R, C, SAM). The district is home to nearly 475, 000 registered voters with registered Democrats topping registered Republicans by a near 2-to-1 margin.

“I am honored to again receive the confidence of voters in our communities,” Tonko said in a statement, following the win. “Their overwhelming voices have called for access to affordable health care, quality jobs, environmental and social justice, and a competent response to the pandemic from the White House that helps us build back better.”

Mary Beth Walsh (R,C,I) was reelected to her seat in the 112th Assembly District 60-37 over Joseph Seeman (D, WF), but the race in 113th Assembly District may not ultimately be decided until absentee ballots are counted next week. Election Day tallies in the latter race reported incumbent Carrie Woerner (D, I, SAM) with 29,896 total votes and challenger David Catalfamo (R,C) with 28,905.  The district is comprised of two counties - Saratoga County, whose voters favored Woerner, and Washington County, which went to Catalfamo. Saratoga County has issued 12,989 absentee ballots and Washington County has issued 3,051 absentee ballots.

Absentee ballots may be received up until next Tuesday, but must be postmarked on or before Election Day. Saratoga County will open and begin to count absentee ballots from Saratoga County residents starting Tuesday, Nov. 10, and Washington County will open and count theirs starting Thursday, Nov. 12.  Each county will subsequently present their tallies to the state, and the state will certify the election.

For more information on the 2020 Election, please see back page.

More in this category: « The Alfred Z. Solomon Charitable Trust Brings A Ray of Sunshine to The Church of Saint Peter Vaccines On the Way Arriving in New York Dec. 15 »
back to top