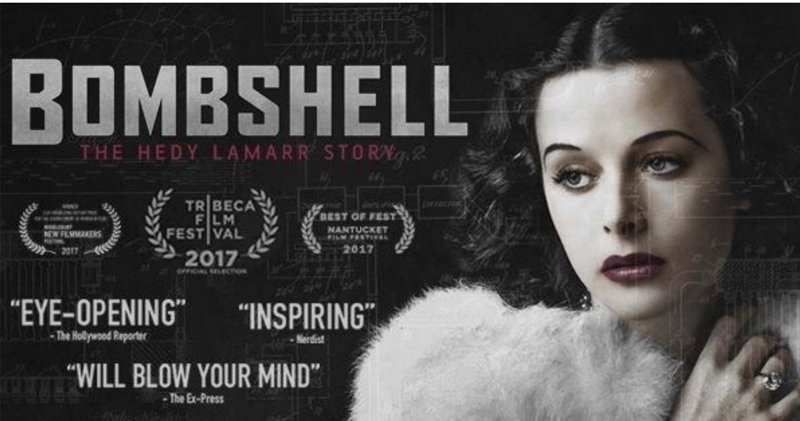 Born Hedwig Eva Maria Kiesler in Vienna to Jewish parents in 1914, the late screen siren, known as Hedy Lamarr, immigrated to the United States and Hollywood where she appeared in such sexually charged films as White Cargo and Samson and Delilah. However, less known is that she helped to invent a secure, radio-controlled torpedo guidance system (sonar), known as “frequency-hopping,” that would form the basis of WiFi, Bluetooth, GPS, and cellphone technologies.

In addition to her sex appeal, six marriages, and multiple boyfriends, Lamarr’s gifts included obvious intellect and a quality of self-deprecating goofiness. Although she had no formal training and was primarily self-taught, she worked in her spare time on various hobbies and inventions, which included an improved traffic stoplight and a tablet that would dissolve in water to create a carbonated drink.

Lamarr was in her 80s and at the end of her life when one of the pioneers of Wi-Fi, upon realizing that Lamarr had never been recognized for her contribution to communications, called her up. “Well, it’s about time,” came her response.

“Bombshell: The Hedy Lamarr Story” rights a grievous wrong in the life, career, reputation, and memory of a superstar,” said Saratoga Jewish Community Arts Coordinator, Phyllis Wang. “It fascinates both as film history and as a sobering reminder of how little credit a woman like Lamarr received, even at the peak of her popularity.”

Bombshell: The Hedy Lamarr Story is available for rental or viewing on most major video platforms and will be discussed at 7 p.m. Dec. 6. Registration is required at email address: This email address is being protected from spambots. You need JavaScript enabled to view it. for the Zoom link. Follow www.saratogajewishculturalfestival.org.

More in this category: « CDC: Trick or Treating and Other Halloween Activities A Christmas Carol Holiday Entertainment Presented by Home Made Theater »
back to top