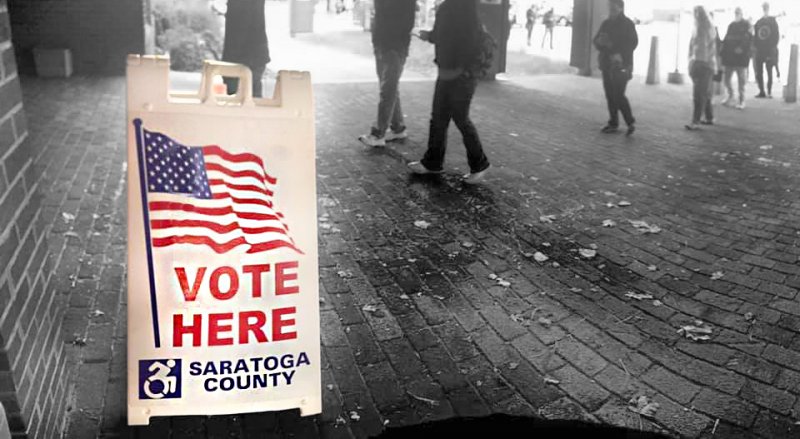 SARATOGA SPRINGS — For the second time in three years, the results of a citizen-led City Charter referendum that would change the way Saratoga Springs is governed will not be officially determined until the absentee ballots are counted.

The last time a citizen-led City Charter referendum proposed change, in 2017, the measure was defeated by a razor-thin margin of 4,458 - 4,448. This year, that Election Day margin of voters opposing the change is larger, but so too are the number of absentee ballots as well as the number of votes overall.

The 2020 tally stands at 6,324- 5,186 against the change, a difference of 1,138 votes. There were 4,372 absentee ballots issued. Outstanding absentee ballots must be postmarked on or prior to Election Day, and may be received until Tuesday, when officials at the Saratoga County Board of Elections plan to open and count them.

“We’re cautiously optimistic. We’re still thinking we can pull through on this,” said Ron Kim, a co-chair of Common Sense Saratoga, a group advocating for change.

The 2017 referendum garnered 8,906 total votes. This year’s proposition may top 15,000 if all absentee ballots are returned with a vote on the charter amendment. There are 18,654 registered voters in Saratoga Springs.

Saratoga Springs current “Commission” form of governing is the only form of governing the city has known since its incorporation as a city more than a century ago. It features five council members – one mayor, plus four commissioners heading the departments of Public Safety, Public Works, Finance, and Accounts, respectively.  Each council member is responsible for administering their own department as well as serving as legislators. In this council of five, each of whom is elected to two-year terms, decisions are made by majority rule.

The “Council-Manager” proposition calls for replacing that “Commission” form in favor of one that includes a mayor – elected by the voters of the city at large, and six members elected from city wards by the voters of those specific wards. Those six wards are to be comprised of equal voting population. That city council of seven would then appoint, set the salary for, and hire a City Manager. The idea is that residents would be represented through the ward system, and the manager held to accountability via the city council.

More in this category: « Challenge Accepted. Coming to New York: Gov’s New Guidelines for Out-Of-State Travelers »
back to top