Signing Off: Woodcock To Retire After 30+ Years 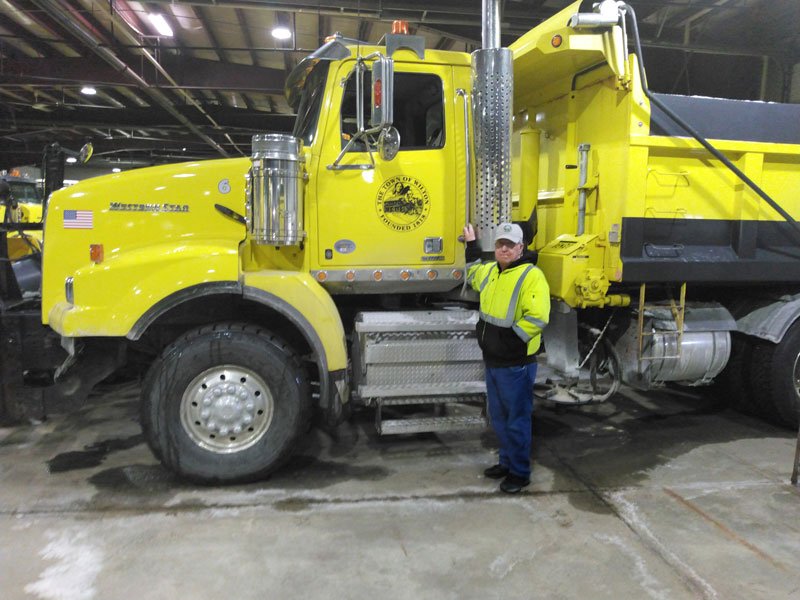 Kirklin Woodcock will celebrate his 80th birthday in March. The lifelong resident of Wilton and the town’s longtime Highway Superintendent announced he will not seek re-election this year. Photo provided.

WILTON — Kirklin Woodcock has served as Highway Superintendent in the town of Wilton since the 1980s, overseeing a crew charged with the maintenance of approximately 100 center-line miles of town roads.

The lifelong Wilton resident has decided this year will be his last as Highway Superintendent. This week, Woodcock spent some time to talk about accomplishments of the position, his personal life, and how Wilton has changed in the years since his earliest days of growing up in the town during the 1940s.

Q. Tell us about your personal life.

Woodcock: I’m a native, from Wilton. I’ll be 80 in March and I’ve been married 57 years. My wife’s name is Sandra and I have one daughter, Deborah. She’s married with one daughter, so I have one grand-daughter - that’s Caitlyn. She’s in college and going for her master’s at MIT.  I grew up as a country boy with a huge family. Three sets of twins, and I am a twin.

Q. How has Wilton changed over the years?

Woodcock: I would say the biggest change was when the Northway came through in the ‘60s. It split our town in half. There were some farms, and I’m talking some real nice farms, years ago along that Northway corridor, and the Northway split them in half. Since then, it’s pretty much grown into a residential area.

Also, if you look at the growth around the mall area, back when we used to have Pyramid Mall, and the growth with Target and Ace Hardware distribution places in Wilton, it brought in a lot of jobs. It’s been quite a change. But, you have to go with the change.

Q. Tell us about your long-held position as Highway Superintendent.

Woodcock: The thing you have to remember with the job is that you work for the residents of Wilton. That’s always been my goal, to satisfy them and to work with all the other departments.

I’ve been the highway superintendent for more than 30 years, re-elected every two years.  I had eight years on the town board prior to that when I was also working for UPS – where I had a 20-year career.

We do all the maintenance of the roads – building, construction, and during the wintertime of course we maintain the plowing.  We also work with a lot of the other departments. We have been a major player in Gavin Park, Camp Saratoga, and we’ve put some effort in at Grant’s Cottage; we worked on the Maple Avenue Firehouse when they were getting going with their new building.

We had a major fire in 2002. The fire was a major catastrophe for me because I put so many years in and then in three or four hours it was all gone, and boy that’s devastating, That kind of set us back for a little while, but we got through that and here we are today with a major town along the Northway corridor. My crew is second to none. They’re a phenomenal crew.

Q: You’ve decided to not seek re-election for another term in November?

Woodcock: I have a couple of projects I want to see finished, but I will not seek re-election in November. I built it up to where it is today. When I started out it was nothing, we had a pile of dirt roads and I want to turn this job over to someone who I’ve been training for a while. I don’t want to get to get too much into the politics of it, but I certainly would like my deputy Mike Monroe to take my job, if that would be the wishes of the residents of Wilton. He’s been in my department about 20 years and can certainly do the job.

Q: What will you most miss?

Woodcock: I’ll miss the guys and I’ll miss my colleagues. But it’s time to turn it over to someone who’s younger and I want to set aside some time for myself.  I have some hobbies - I do some auctions, I’m going to try and play some golf maybe, weather permitting.  All of my friends are here. I’ll miss it, but I won’t have to get up at 2 or 3 in the morning and I can sleep in if I want.

Q. That’s the camp Paul Newman was involved with?

Woodcock: Paul Newman and Charlie Wood. I knew Charlie Wood from before. Paul Newman joined forces with him and got that all going. It’s unbelievable because back in the ‘60s before I settled down, I worked at the Double H Hole in the Woods, in what used to be Hidden Valley Dude Ranch. Our crew back then we did the first thousand feet of grubbing for the ski slope up there, drilling the rock and blasting. That’s when I was a young guy. You know, it’s funny when you realize what you did then, and you see what it is today – it’s a big change.

I’ve had a great run and I think it’s maybe time to sit on the side and enjoy some other things.  At least I can ride by and say I was a part of it.