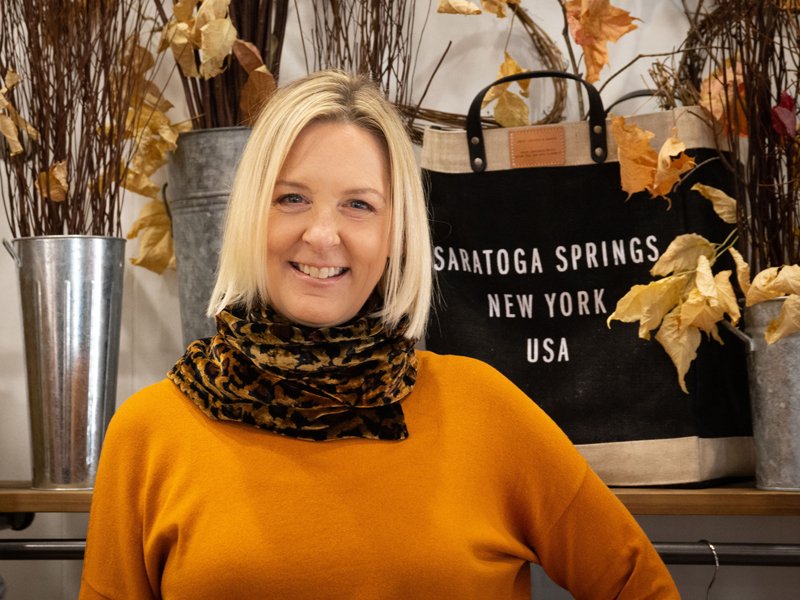 Heidi Owen West, a political independent, has been endorsed by the City of Saratoga Springs Republican Committee as mayoral candidate. Photo provided.

In a prepared statement, Obstarczyk called the GOP slate “the most diverse and dynamic group of Saratogians that have been fielded to run for office in decades.” All four first-time candidates are women.

“It’s unprecedented. We’re going to make history. We have a unified, qualified and experienced ticket that is going to impress all Saratogians,” said Obstarczyk. “To have four talented, dynamic and impressive women, who have been leaders in our city for years, is inspiring. They’re going to do great things for our city.”

West, a political independent, said her motivation to run for mayor is centered on improving the economic, social and community health of the city.

“We have to bring life back to downtown. The tourism destination that our city is requires it. It’s a significant factor in keeping taxes low while providing quality, reliable services to our residents,” West said, in a statement. She has been a resident of Saratoga Springs for 53 years.

“Like so many Saratogians, I’ve invested a great deal of my own sweat equity into our city. What we’re facing and experiencing right now is testing our city’s strength. The only way we’re going to meet the daunting challenges ahead of us is having leadership in city hall that knows what it’s like to pour your heart and soul into the community that you love. I’ve been doing that as a business owner and community leader for over 30 years,” West said.

Regarding representation of the city at the county level, the Committee endorsed incumbent Supervisor Matthew Veitch, and John Safford for the Saratoga County Board of Supervisors.

Sarah Burger, chair of the Saratoga Springs Democratic Committee, said city Democrats anticipate announcing their slate of candidates in the next few weeks.