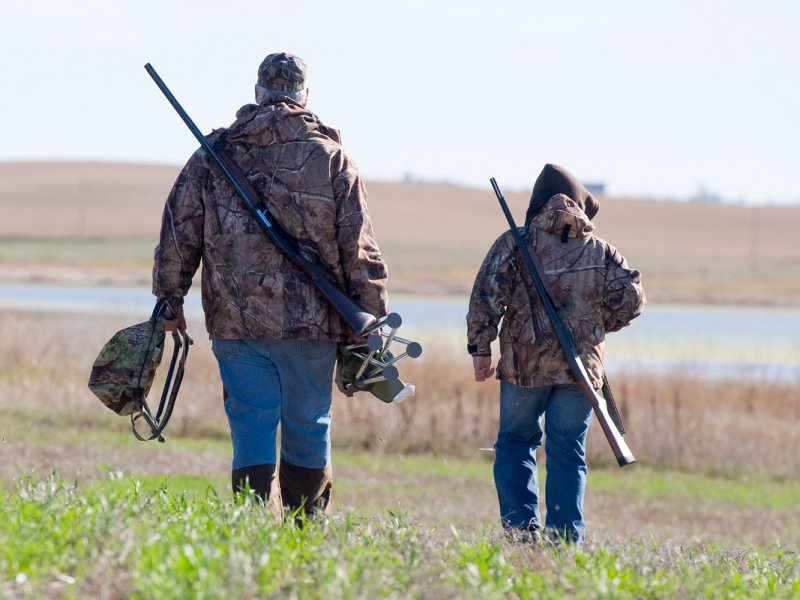 BALLSTON SPA — The county this week voted to approve its participation in a pilot program that allows a hunting license holder who is 12 or 13 years of age to hunt deer with a crossbow, rifle, shotgun or muzzle loading firearm.

The activity must take place “in areas where and during the hunting season in which such implements may be used,” as well as when accompanied by a parent, legal guardian, or mentor, according to the Saratoga County Board of Supervisors’ resolution.

In his 2021-22 budget, Gov. Andrew Cuomo included legislation that would allow 12 and 13-year-olds to hunt deer with a firearm or crossbow. Shortly after the budget was signed in April, the Saratoga County Board of Supervisors promptly initiated action to hold a public hearing and vote on a Local Law authorizing county participation in the pilot program.  The public hearing was held just prior to the Board of Supervisors meeting Tuesday afternoon.

“Youth hunting has been a priority for me almost since I first took office,” Assemblywoman Carrie Woerner told the Board prior to their vote. “We have a good program for youth hunting that I hope will be the foundation for a permanent program as we move forward.”

The new legislation will be treated as a pilot for upstate counties through 2023. New York had been the only state to not authorize young hunters to use such weapons for larger game.

“This is an exciting development for the youth hunters in Saratoga County. Hunting is a formative activity for many families in our community, and we look forward to providing new opportunities for our young hunters to safely and effectively learn techniques to grow and improve their hunting season experience. We encourage the public to educate themselves on new and existing guidelines as we welcome the deer hunting season,” said Todd Kusnierz, Chairman of the Saratoga County Board of Supervisors.

The new deer hunting guidelines were included in this year’s New York State Budget to enhance the economic opportunities of the local hunting industry and cultivate a strong initiation of new hunters.

“Thanks to the efforts of the Saratoga County Board of Supervisors for joining this statewide initiative, young people in Saratoga County will have the opportunity to safely learn to use crossbows and firearms and engage in these outdoor activities and traditions,” Sen. Jim Tedisco told the board.

In line with the new legislation requirements, each qualified county is required to “opt-in” on the adoption of the new program for 12 and 13-year-olds. If completed and notified by June 1 the accepted counties’ decision will be published in the DEC’s annual hunting and trapping regulations guide. The final date to notify officials is Sept. 1.