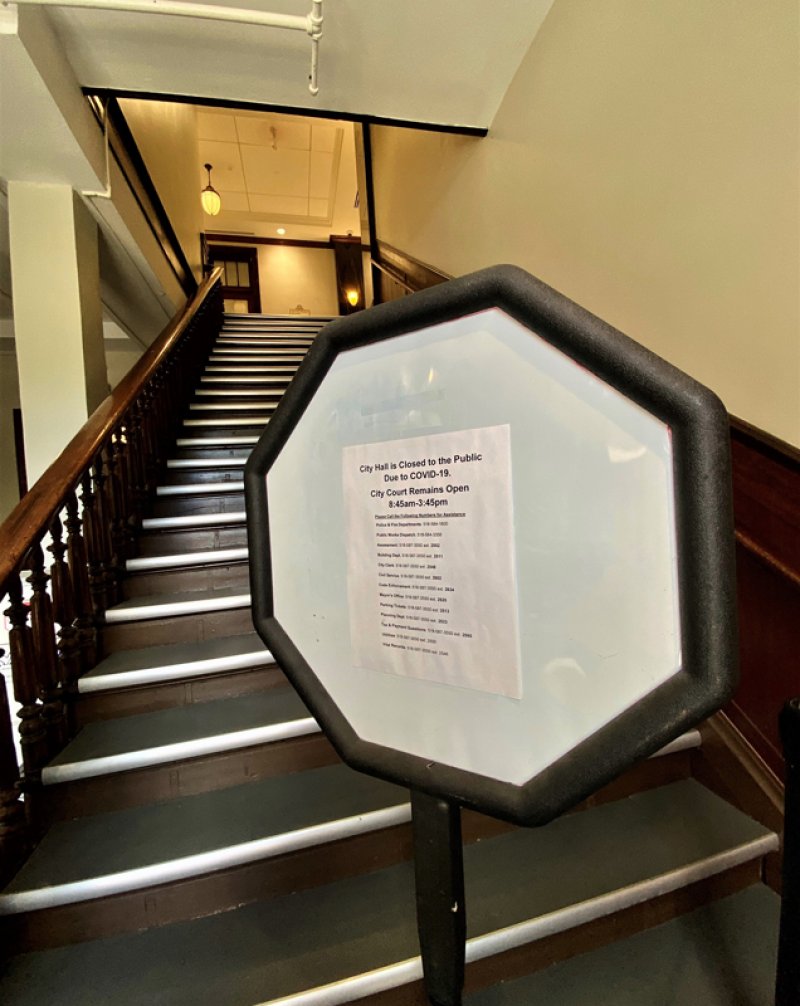 SARATOGA SPRINGS — More than 1,000 days have passed since an August 2018 lightning strike forced the closure of City Hall. Fire and water damage caused by the strike led to extensive damage of the structure, built in 1871, and inspired a multi-million-dollar renovation project.

Twenty-five months later, the building partially reopened to host an on-site public meeting of the City Council. Temperatures were taken at the door and mask-wearing visitors shared their contact information on a sign-in sheet. A scattering of chairs were set to be socially distanced from one another inside the council room.

“Good evening and welcome,” city Mayor Meg Kelly began, that night in September 2020. “We are here in our new and renovated City Council room.”  It did not last.

In mid-November, City Hall was once again shuttered due to an occurrence of COVID-19, and the council relocated their public meetings to the virtual space of Zoom. It is where the twice-a-month council meetings as well as all other meetings and workshops of city commissions and committees have been ever since. The entryway doors - bookended by a pair of brass lions and draped in red, white, and blue banners - remain shuttered. A flyer fixed to the glass front informs City Hall is closed to the public due to COVID-19 and offers department office phone numbers for those seeking assistance.

Security concerns related to appropriate security measures safeguarding those working inside the building were raised among some on the council, which kept the building shuttered, although the city's website as well as signs posted on the building itself maintained the building remained closed due to COVID-19.

The Saratoga County Board of Supervisors resumed their in-person meetings open to the public June 15, a few hours after Gov. Andrew Cuomo announced that most state mandated restrictions related to the pandemic were to be immediately lifted.

On Thursday, June 24, the city of Saratoga Springs announced via an email from the Public Works Department it would be reopening City Hall on June 28.