Cheers to This Hero: Local Veteran in the Running to Win $10k for Volunteering 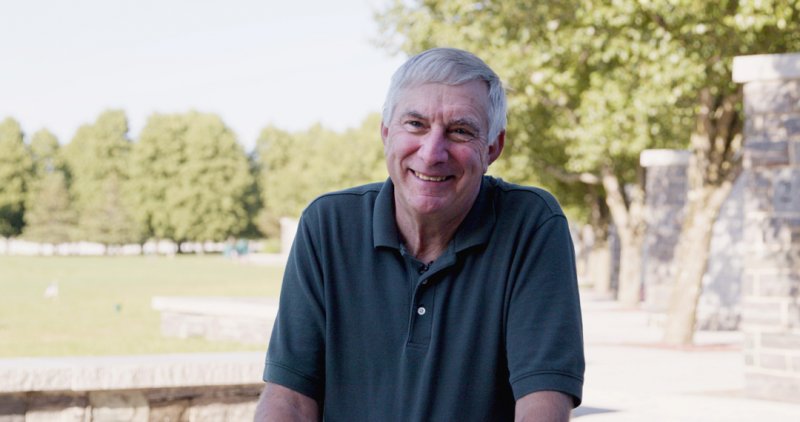 BALLSTON — Local veteran Michael Bayer is in the running to win a cash prize of $10,000 on behalf of Sparkling Ice for his volunteer work in the community.

Michael Bayer has served our country in the US Navy for 25 years, and moved to the Capital Region in 1995. In retirement, he serves the community by volunteering his time to a local cemetery, food pantry, his neighbors, and his church.

His volunteer work at the Gerald B.H. Solomon Saratoga Cemetery consists of assisting in organizing the processionals for his fellow veterans and offering support to those visiting the cemetery. He collects groceries for a local food pantry. In his neighborhood, Bayer does some landscaping and helps his elderly neighbors with general repairs. He has also turned his love of singing into a great opportunity to volunteer his time to the kid’s choir at his church, and he sings with the Clifton Park Community Chorus.

“What really got me started [in volunteering] was retiring,” said Bayer. “I’ve been very fortunate and very blessed throughout my life, so I’ve always thought it was important to figure out a way, or to look for opportunities, to give back.”

Back in April, the Talking Rain Beverage Company®, the maker of Sparkling Ice® beverages, teamed up with Olympic Gold Medalist Gabby Douglas to kick-off the 2nd annual Cheers to Heroes campaign and contest. The Cheers to Heroes campaign and contest celebrates everyday heroes – first line responders, health care workers, community activists, teachers, friends, neighbors, and more – for the work they have done and their dedication to their local communities. The winner of the contest will receive a $10,000 cash prize. Bayer’s wife nominated him, and he was selected out of thousands of nominations across the country to be a finalist.

“I feel really fortunate,” said Bayer on being a finalist. “There are a lot of people in this area that I’ve come to know that volunteer a lot. They are the same kind of people that the contest is looking to honor. My only difference is that I had somebody close to me that knew about the contest.”

Bayer continued to say, “I am honored and thankful to have been nominated. I am humbled to even have been chosen from so many of the other nominations I have seen online.”

Once he was selected as a finalist, contest organizers sent a video crew to the Capital Region to film him at the various sites he volunteers at. In the video, Bayer explains what he does and why it is important to volunteer.

“What I’ve experienced, number one, is the generosity of people is overwhelming,” said Bayer. “The other thing is - that’s a little bit sad - is that the need is so overwhelming. It’s the knowledge that you’ve helped somebody out at a very difficult time.

What would he do with the prize money? Bayer’s third youngest son is in the Army and stationed in Hawaii. At the beginning of next year, he will be promoted, and Bayer would like to take his family to Hawaii to attend his son’s promotion. Additionally, he would like to put money towards increasing services the Gerald B.H. Solomon Saratoga Cemetery provides, such as putting wreaths out in the winter.

Right now, people across the country are voting for one of the finalists – you can cast your vote at www.sparklingicerewards.com/cheerstoheroes through the end of July. The winner will be announced on Aug. 13, and the nominator of the winning hero will also receive a $500 prize. For more information on Sparkling Ice and the Cheers to Heroes contest, visit: www.sparklingicerewards.com/cheerstoheroes.