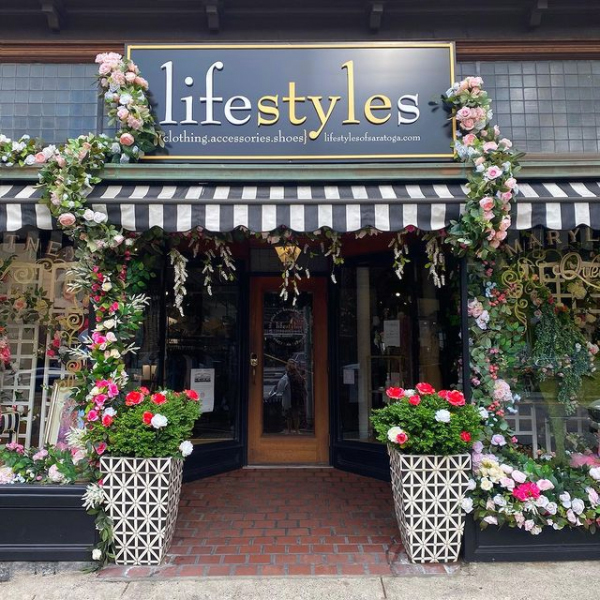 SARATOGA SPRINGS — Downtown Saratoga welcomed racing fans back to the city with a creative racing-themed contest for local business owners – and the results are in.

The Saratoga Springs Downtown Business Association has recognized the winners of the Celebrate Saratoga window decorating contest, sponsored by NYRA. Participating local businesses in downtown Saratoga decorated their storefronts in a racing theme for the contest.

The decorations were judged on July 14 by volunteer judges Liz Bishop, Walt Adams, and Tom Durkin. The winners were announced during opening weekend at the track, on Saturday, July 17, in the winner’s circle.

Owen-West, who is also the owner of Lifestyles of Saratoga, and her team decorated their storefront as a tribute to Marylou Whitney. There was no racing season in 2020, following her passing in 2019, and so Owen-West and her team came up with the idea to honor her.

“It feels great winning, but most important were the comments,” said Owen-West. “People have walked in and choked up with tears and thanked us for our tribute to Marylou Whitney. It really feels like Saratoga is back and racing again.”