Our History, Our Story 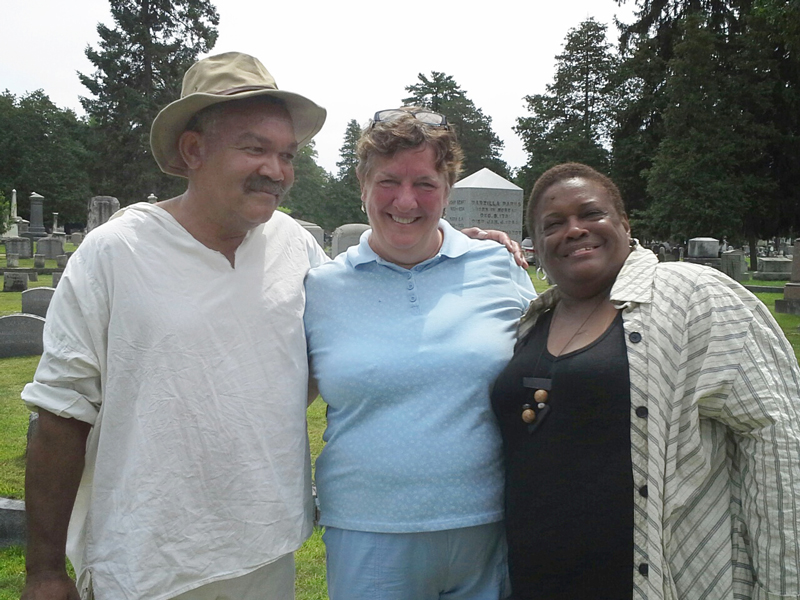 Confucius said, “True wisdom is knowing what you don’t know.”

Despite growing up in Saratoga’s west side, when Renee Moore was dining downtown, people didn’t know she actually lived here, they assumed she was just visiting. The reason why was the color of her skin.

Experiences like this were just part of the reason why she founded Solomon Northup Day in 1999.

Today, the population of Saratoga is nearly 92% white, according to the latest census data, so you might not know the extent to which African-Americans and other people of color lived and worked throughout the community, or how their history has shaped the city we know today.

Much of this history has been lost, but thanks to Renee Moore’s dedication, the story of Solomon Northup lives on.

Solomon Northup was born free in Minerva. While living and working in Saratoga Springs in 1841, he was illegally sold into slavery. After being rescued, he shared the ordeal that he (and others under the yoke of slavery) experienced in his autobiography, Twelve Years a Slave.

Moore first heard Northup’s story told in a 1984 docudrama based on his book. Thus began her quest to recognize Northup in a way that would bring the community closer together.

“No one was talking about African-American history in the city and it was not embraced in the early years. Not only did I have very little support, but I did every aspect of it myself,” said Moore.

Eventually, she was joined by several “very special souls” who helped her make July’s Solomon Northup Day a reality.

Celebrated on the Big Screen

In April 2013, PLAN B/Searchlight Pictures contacted Moore for background information and help reaching out to Northup’s descendants for a film they were producing. The movie, also called 12 Years a Slave, was that year’s Oscar award winner.

Interest peaked and Skidmore College (Moore’s alma mater) hosted a flurry of talks and other events in town. A historical marker for Northup now stands near the intersection of Broadway and Congress Streets by the Saratoga Springs Visitor Center. Inside, you can see a placard and pick-up a handout with more information.

Their Story is OUR story

To further discover and explore the history of people of color in the city, a walking tour and a free OURstory Treasure Hunt Map, published by MLK Saratoga, is available.

Points of interest include Mouzon House, Hattie’s Chicken Shack, and High Rock Park’s Tree of Peace, among others.

The OURstory Treasure Hunt was conceived by diversity advocate/trainer Jean Fei, with help from author Carol Daggs, into a 10-site adventure as an inclusive, family-oriented activity.

“We cannot truly know ourselves and how we have arrived where we are today until we re-weave the very fabric of OUR shared story — a much more colorful, vibrant and extraordinary tapestry of Humanity than our history books, classrooms, and memories have represented over the centuries,” said Lezlie Dana, President and Co-Chair of MLK Saratoga.

Find it at the Visitor Center or online at www.mlksaratoga.org/treasure-hunt

If you don’t know these stories, you may struggle with understanding why divisions and unrest remain today.

“Every single life is important. You have to look at the whole picture,” said Moore.

Turbulence around race has erupted in recent years, and the number of people taking to the streets to protest has increased. Saratoga is not immune, as demonstrations like last week’s “Take Back the Narrative,” which resulted in five arrests, illustrates.

“Everyone suffers when our country is at odds with itself,” said Moore.

“There are no winners in the continued dialogue of ‘us against them’ that robs us from dealing with the real crisis’ we must face together as one country united.”

What Solomon Would Say

Widely-debated and controversial topics such as mass incarceration and qualified immunity show that despite how far we’ve come as a country, there are still changes to be made.

“It’s my guess that if Solomon Northup were alive today, he might be disappointed with our lack of progress toward freedom and justice so many years later. Right now, regardless of our skin color, we as Americans are watching a chipping away of our one guaranteed freedom; the Right to Vote.  This is not solely a black issue, however, but an issue that affects us all as Americans,” said Moore.

Be in the Conversation

A free Solomon Northup Day program with re-enactor Clifford Oliver Mealy and the dedication of a Solomon Northup Highway Marker will be held at the Town of Minerva Community Center, 5 Morse Memorial Hwy, Minerva, on July 27 from 5:45- 8:30 p.m.

Read 595 times
More in this category: « Notes from Saratoga County Saratoga: Off To The Races »
back to top