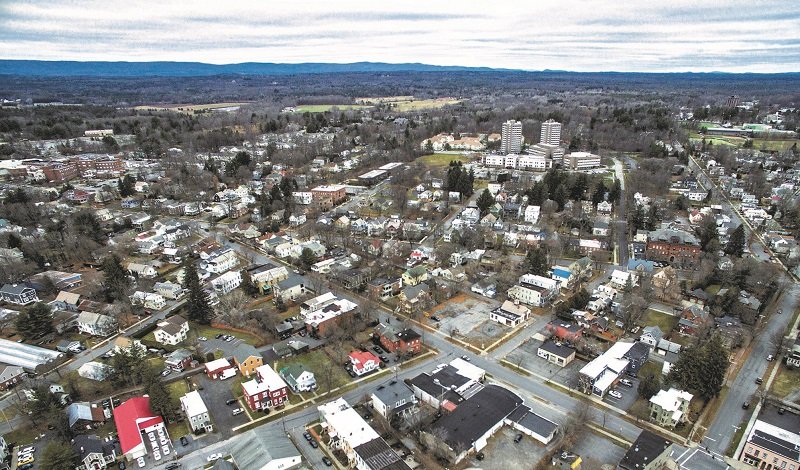 Saratoga from the sky SuperSource Media

BALLSTON SPA – On July 28, Saratoga County hit 4.6% positivity rate for COVID tests over a 7-day average, the second highest of all NY State’s 62 counties, and the first time to reach that high a weekly measure since Jan. 29.

Saratoga County Public Health Services announced July 29 it will be returning to providing daily COVID number updates after going to once-a-week posting schedule in late June. Since that time, local and regional numbers have multiplied in each of the past successive weeks. On its July 6, the county reported 7 people had tested positive for the virus in the previous 7 days, and a positive test rate of 0.30%. This week, the state reported 167 people tested positive with a positive test rate of 4.6% over a 7-day period.

County Board of Supervisors Chairman Todd Kusnierz also announced the formation of the Saratoga Health and Readiness Planning (SHARP) Task Force in anticipation of continued changes to COVID guidelines from the New York State Department of Health (NYSDOH) and the U.S. Centers for Disease Control and Prevention (CDC).

“The recent increase in infections rates in Saratoga County is concerning, and with the formation of the SHARP Task Force, our county leadership will be able to quickly analyze any new guidance issued by New York State Department of Health and the CDC and make recommendations that make sense for our community,” Kusnierz said, in a statement, on July 29.

The SHARP Task Force will be reviewing guidance issued by other governmental entities, reviewing relevant local data, and providing recommendations and guidance to the Saratoga County community.

According to the county, 65.4% - or just over 150,000 of the county population has completed the vaccine series. Saratoga Springs Supervisor Tara Gaston reported this week via the supervisor’s social media channels there have been a total of 174 “breakthrough” cases in Saratoga County – that is, 174 of the 150,000 who have been fully vaccinated had tested positive for COVID. Overall, more than 15,600 county residents have tested positive for COVID-19, and there have been 168 cumulative deaths.

(Note, this article has been updated to reflect stats released July 29)

More in this category: « Arrest Made In Assault A Quick Burst of Spring »
back to top