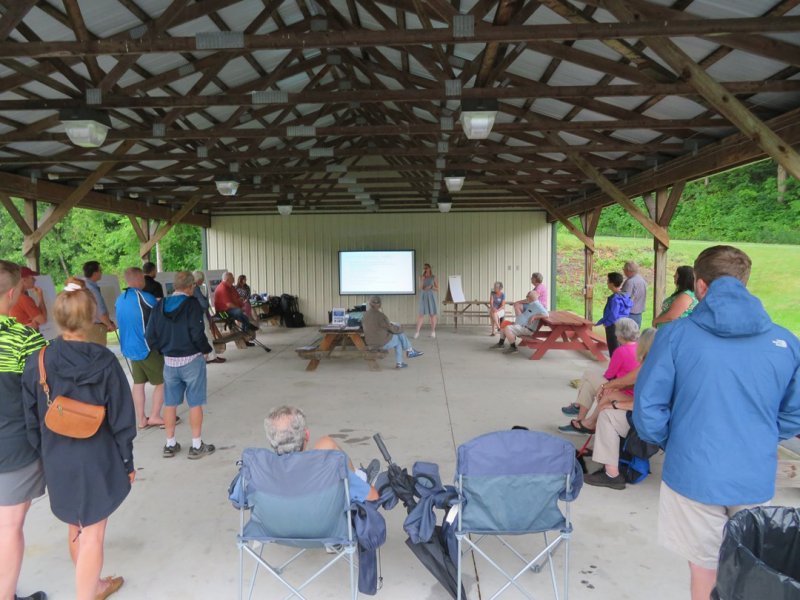 BALLSTON SPA — The Draft Village of Ballston Spa Bicycle and Pedestrian Master has been released and will be presented at a virtual Public Meeting on Zoom on Nov. 18 from 7 to 8:30 p.m.

The purpose of the Plan is to enhance the Village Central Business District, surrounding area, and the NY Route 50 corridor by promoting economic development, improving safety, and creating a connected and integrated multi-modal transportation network for users of all ages and abilities. The Village of Ballston Spa is home to a diverse population including low-income individuals and other vulnerable populations such as seniors, homeless veterans, and disabled adults, many of whom don’t drive. The Plan identifies missing links in the pedestrian network, potentially unsafe crossings, and priority connections between key Village locations, including the Zim Smith Trail.

The Draft Plan reviews existing conditions and evaluates pedestrian and bicycle existing comfort levels and describes the public involvement process. To date, the planning process has included a 1-block pop-up demonstration bicycle lane and on-street parking project on Hyde Boulevard between Chapman Street and Grove Street, a survey, four Focus Group meetings, and a Public Open House conducted on June 30. In addition to feedback during the Open House, a Demonstration Project, and survey, there were 158 comments received through the project website through September 2021. The comments were primarily focused on the desire for sidewalk improvements and noted missing sidewalk connections in the Village, encouraged connections to the Zim Smith Trail, the need for traffic calming, and improved bus shelters.

The Draft Plan recommends solutions for pedestrian and bicycle treatments and intersections with safety concerns and describes potential projects and funding opportunities. Recommendations provide direction on priority locations and design treatments (striping, signage, repaving, and reconstruction projects). The Draft Plan also recommends creating an Americans with Disabilities Act (ADA) Transition Plan to address pedestrian connectivity concerns and will create a Village schedule for the installation of curb ramps, detectable warning surfaces, sidewalk installation or replacement, and accessible pedestrian push buttons, where needed. The Draft Plan will be used to seek funding for improvements from grants, state, and federal resources to implement the recommendations for design, engineering, and construction.

Information about the project and a copy of the Draft Plan can be found at projects.vhb.com/ballstonspapbmp/default.htm.