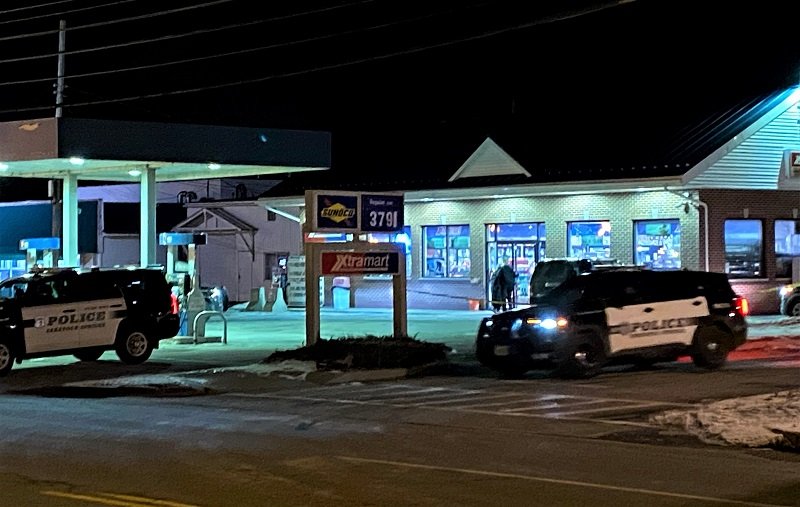 Police outside the XtraMart on South Broadway early Monday, where an alleged robbery took place

SARATOGA SPRINGS - Between 5 p.m. on Saturday and 4:30 p.m. Monday, there have been four reported robberies of retail establishments in the city of Saratoga Springs, police said.

“A weapon was not observed in any of the incidents, no force was used, and no injuries took place that we are aware of,” said city Assistant Chief of Police Bob Jillson, in a statement released Tuesday.

The general descriptions of the involved man, as well as how the incidents took place appear to be similar and police, who are conducting an active investigation, said they believe they may be related.

The times and locations of the incidents are as follows:

Police said in every case a man entered each establishment alone and demanded cash. Police did not say whether they believe a vehicle was involved. The two locations where Monday afternoon’s robberies are said to have occurred are in walking distance of one another.

Authorities are asking anyone who may been in the area at the time of the reported robberies and believe they have information to call the Saratoga Springs Police Department at 518-584- 1800, or via an anonymous Tip Line at 518-584-TIPS.