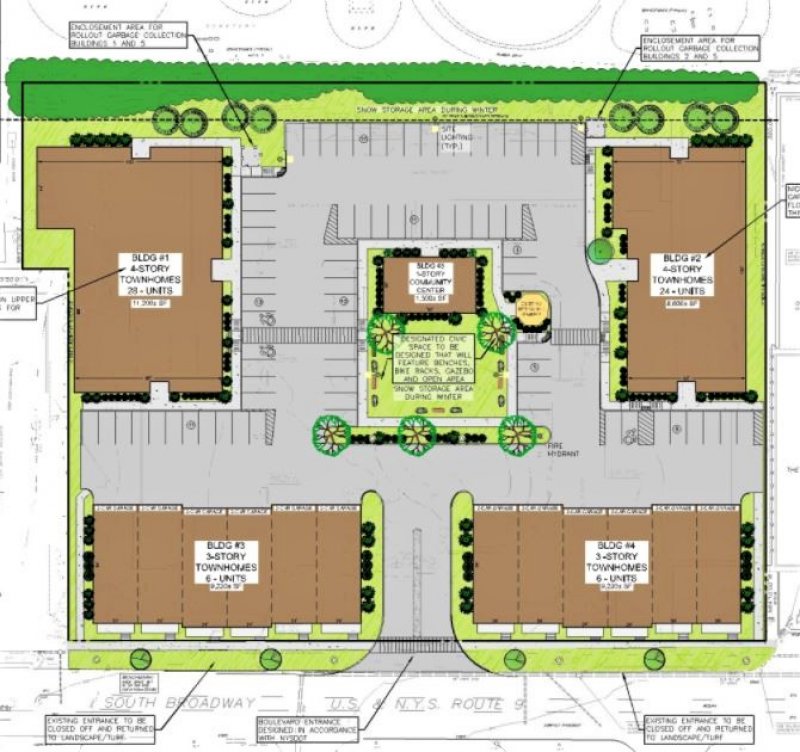 SARATOGA SPRINGS — A multi-family residential project under consideration by the Planning Board next week seeks to develop multiple townhomes along the so-called Gateway to the City on South Broadway.

Located on the west side of Broadway opposite the Washington Inn, a revised site plan for the project at 120 South Broadway was submitted to the city in February.

The proposal was first submitted to the city in April 2021 by developer Stephen Ethier. The South Broadway property currently consists of a 64-room motel, and according to those initial plans the project sought the development of 29 townhouses and 12 multi-family residential units on 2.75 acres.

The Planning Board will meet at 6 p.m. Thursday, March 10 at Saratoga Springs City Hall.

Additional applications under consideration include:

68 Weibel Avenue: Renewable special use permit to maintain existing non-residential units and a Site Plan Review. Applicant Gary Stone is proposing to operate and maintain existing mixed land uses on a 22.5-acre parcel on Weibel Avenue and a portion of a 40-acre parcel. The applicant is seeking to “cure” land use and zoning violations identified by the city regarding an existing golfing driving range, clubhouse and boat storage with the application for a Special Use permit.

90 Catherine Street:Subdivision: Coordinated SEQRA review and advisory opinion to the ZBA for an area variance associated with a proposed two-lot subdivision.

143 West Circular Street: Coordinated SEQRA review and advisory opinion to the ZBA for an area variance associated with a proposed two-lot subdivision of existing 0.32 acres into two single-family residential lots of 0.16 acres.