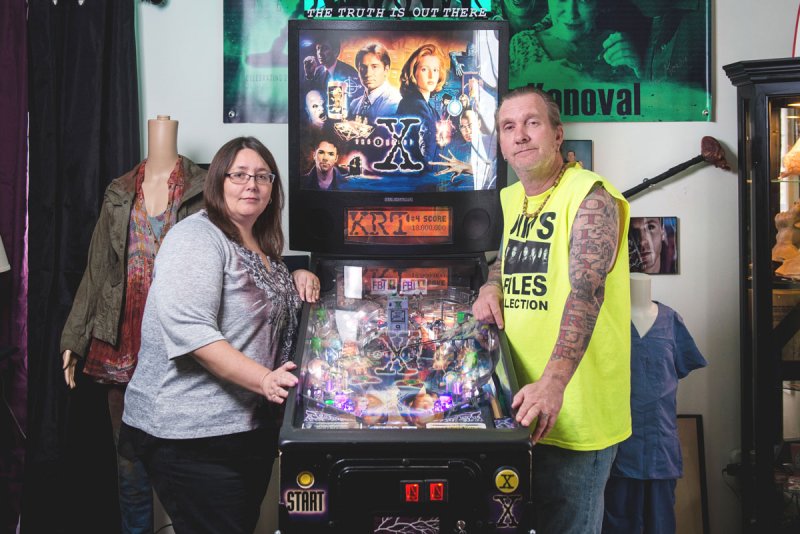 WILTON — The X-Files Preservation Collection and Collectibles will host a Grand Opening ceremony of their establishment located at 4284 Route 50, in Wilton. Chris Carter - creator of the X-Files television drama series is anticipated to attend the ribbon-cutting event, which takes place Saturday, April 30.

Jim Thornton and Kelly Anthony, owners of the collection, say they are on a mission to preserve the history of “The X-Files’’ and highlight the work of the individuals both in front of and behind the cameras.

“The X-Files,” featuring Gillian Anderson as Special Agent Dana Scully, and David Duchovny as Special Agent Fox Mulder, debuted in September 1993. Thornton has been a fan since the first episode was broadcast.

The X-Files Preservation Collection and Collectibles, a one-of-a-kind attraction in Saratoga County, will feature a world-class collection of screen-used props, wardrobe and set dressing for the groundbreaking series “The X-Files.” The collection includes many iconic pieces from the show as well as a large number of pieces donated from Chris Carter.

Thornton first became a collecting enthusiast in the 1990s after visiting a store called That’s Entertainment at Crossgates Mall brought him in contact with X-Files trading cards.

“I loved the show and thought: Wow, I’d like to own something from it, but back in ’93, ’94, there wasn’t a lot of stuff out there,” Thornton said, when sitting down with Saratoga TODAY for a feature piece in late 2018.

In 2019, the couple rented a moving truck, piled much of their collection in, and drove to Chicago for X-Fest, an X-Files convention. It was here that people encouraged the couple to open a museum.

In addition to attending special Guest of Honor Chris Carter, the Grand Opening celebration, which gets underway at 11 a.m., will include a ribbon cutting with creator of “The X-Files.”  There will be a limited number of The X-Files Preservation Collection posters signed by Carter available for purchase.

General Admission will be available at the door at $25. Special VIP Tickets featuring a showroom tour, signed poster and other items are available in advance at: xfilespreservationcollection.com.