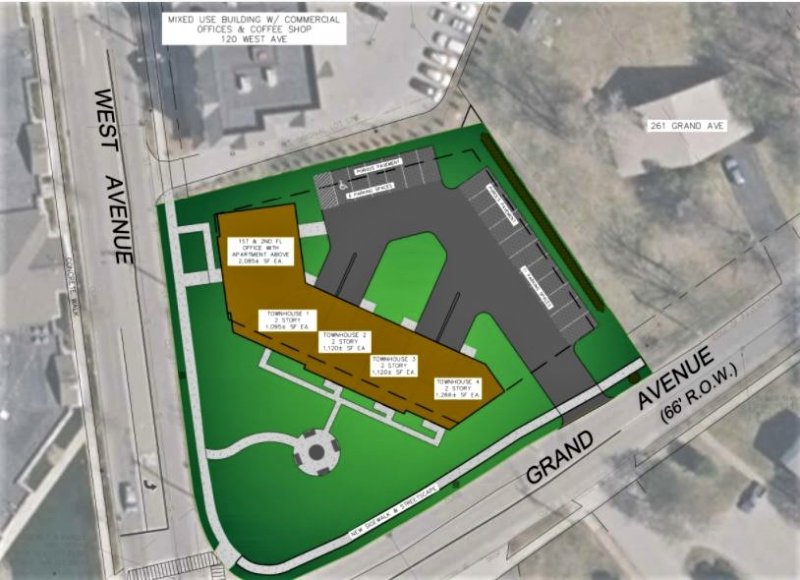 Plans submitted to the city regarding a proposed project on West Avenue.

SARATOGA SPRINGS - At this week’s meeting of the Zoning Board of Appeals, the board is anticipated to hear proposals for the construction of an addition to the principal building at 168 Lincoln/Siro’s to serve as restrooms for courtyard patrons during track season, and an area variance to permit the construction of a mixed-use development at 126 West Ave.

The proposed project on West Ave. consists of the construction of a mixed-use building containing 4 townhouses, office space, and a third-floor apartment unit on a µ-acre site. The property contains an existing single-family residence.

The City Council hosts its pre-agenda meeting 9 a.m. Monday, April 4, and its full meeting Tuesday, April 5. Full council meetings typically begin at 7 p.m. and are generally preceded by a series of topic-specific public hearings. A list of specific topics was not immediately available.