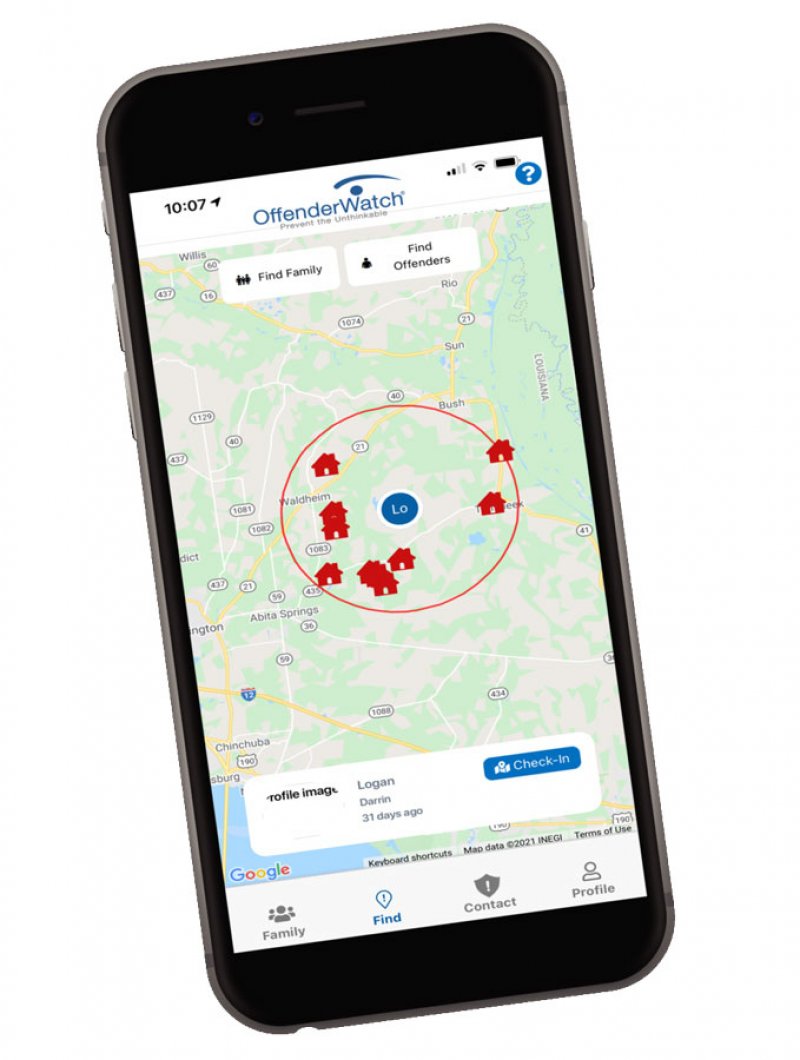 The OffenderWatch App, free to download, allows parents can see their child’s location and the location of registered sex offenders.

The OffenderWatch App is free for download on both Android and iPhone smartphone devices. After downloading the app, residents will be able to see registered sex offenders located near them or their family members. They will also receive free alerts when a registered sex offender moves into their neighborhood. The app also offers online safety information and tips for how to talk to children about sex offenders.

Over 80% of Americans live within one mile of a registered sex offender, and online harassment and abuse continues to increase, according to the sheriff’s office.

One in five teens has received an unwanted sexual solicitation online, according to the Crimes Against Children Research Center. In 2021, most of the more than 29 million tips reported to the National Center for Missing and Exploited Children dealt with child sexual abuse images, online enticement, including “sextortion,‚ child sex trafficking, and child sexual molestation.

Families will also have the option to choose to upgrade the app to a paid version, which includes more features. In the “Protect Plus‚ version of the OffenderWatch App, the app will monitor a child’s texts, emails, location and phone calls. The app then sends an immediate alert to parents if a registered sex offender contacts the child, or if the child lingers near the address of a sex offender.

How the Offender Watch App Works:

· Parents who sign up for the OffenderWatch App download the app on their own smartphone and their child’s Android or iPhone device.

· In the free version of the app, parents can see their child’s location and the location of registered sex offenders.

· Parents will receive notifications if a sex offender moves into their neighborhood.

· For the paid version, the app also monitors the child’s smartphone texts, emails, location and phone calls in the background, without storing the child’s messages or interfering with its use.

· If a registered sex offender contacts the child, or if the child the child lingers near the address of a sex offender, the parent or guardian receives an instant notification.

· From there, parents should ask their children about their smartphone activity or contact law enforcement to investigate.