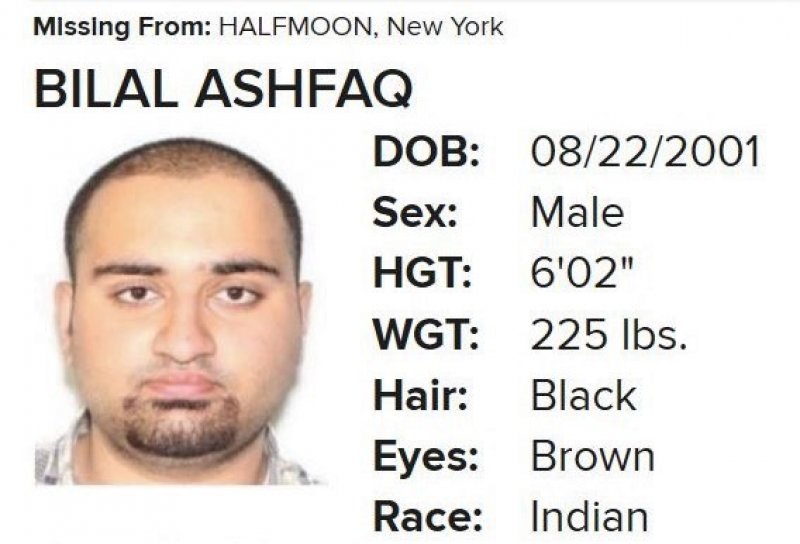 CLIFTON PARK - State Police are looking for help locating 20-year-old Bilal Ashfaq. Ashfaq was last seen at his residence in the North Pointe Apartments on State Route 9 in Halfmoon at approximately 3 p.m. on Wednesday, March 16.

“He doesn’t drive, he was on foot," says his brother, Mohmmad. Mohmmad, who is 22 years old, said he and his 20-year-old brother had gone to school at Shenendehowa High School and that Bilal doesn’t have a previous history of having gone missing.

Police said Bilal may be in need of medical attention and is considered a vulnerable adult with schizophrenia.  He is described as 6 feet, 2 inches tall, and weighing approximately 225 pounds, with black hair and brown eyes. He was last seen wearing a light green hoodie, blue jeans, and red sneakers.

“In the past, he liked the internet and technology. There was a time he liked social media. Recently he isolated himself more," Mohmmad said.

Bilal is believed to be in the local area, according to state police.

“We have no idea where he is. He could be anywhere," said his brother. “The more different areas that people can look in, the more helpful it will be."

Police ask anyone with information to call State Police Clifton Park at 518-583-7000. The New York State Missing Persons Clearinghouse is also publicizing Bilal’s case in its list of active missing persons cases as a vulnerable adult.

More in this category: « Matt McCabe Honored on Broadway Season Passes On Sale for 2022 Meet at Saratoga Race Course »
back to top