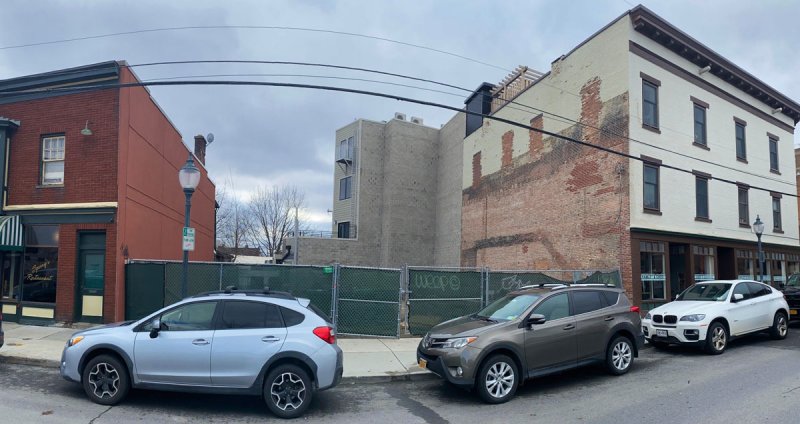 SARATOGA SPRINGS — The city’s Design Review Commission is considering a new application that calls for the development of a six-story mixed-use building on a vacant Caroline Street lot.

The location, in between Sperry’s, and Hamlet & Ghost, is formerly the spot of a two-story commercial building constructed as a tannery in the late 1800s, which was felled in the aftermath of a Thanksgiving Day 2016 blaze that had started at a neighboring restaurant.

Plans call for a restaurant or retail establishment on the first floor, and a total of 15 apartments on floors two through 6, with each floor measuring just over 3,000 square feet of space.

The owner, Louis Lazzinnaro, operates the family-style Italian restaurant Nové on Route 9, which he initially opened in 1999 as Sergio’s. The property at 30 Caroline St. was acquired by the owner in June 2014.

More in this category: « Board Considers Broadway Development The Bodywork Guild First-of-its-Kind Scar Therapy Workshop »
back to top