Flags to Unfurl Over Spa City 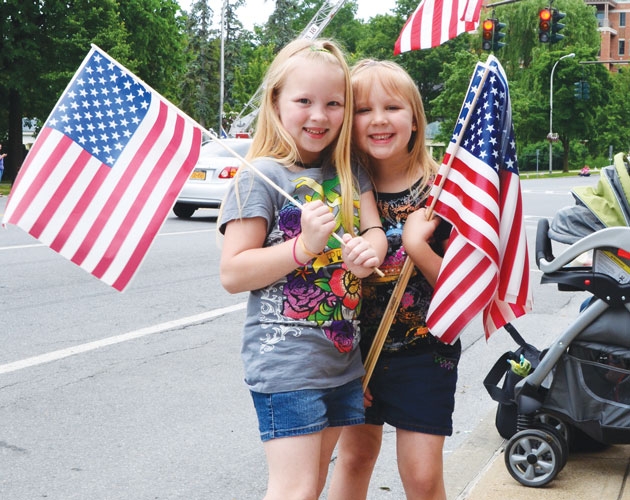 SARATOGA SPRINGS — The 45th annual Saratoga-Wilton Elks Flag Day Parade is set to start Saturday, June 8 at noon with between 2,500 and 3,000 people marching, or driving, in the event.

Five divisions with approximately 13-15 units in each are set to partake in the parade, Saratoga-Wilton Elks Lodge Leading Knight Roger Bechard said.

Officially called the Elks Club Flag Day Parade Saluting Saratoga 150 and the Armed Forces, the event will start on North Broadway and head down to Congress Park.

Members of the Elks Club and local fire companies will participate in the parade along with marching bands, military veterans, auto collectors, bands, the Saratoga Springs police color guard and members of the county’s public safety, public works and city and county officials.

Elk of the Year Pat Cummings and Citizen of the year Michael O’Reilly, a Saratoga fireman, will be present along with many other popular faces such as Congressman Paul Tonko, Assemblyman Jim Tedisco, District Attorney James Murphy, County Supervisor Joanne Yepsen and Mayor Scott Johnson, who will all be in the parade as dignitaries.

“It’s an actual gate that does work,” said Saratoga 150 representative Joe Dalton. “It arrived in Saratoga probably a month or a month and a half ago. It will be in various parades and gatherings throughout the summer.”

The float will be pulled by a Depaula Chevrolet vehicle wrapped in Saratoga visuals, including the Saratoga 150 logo. No one will be on the actual float because it would be too hazardous, Dalton said.

Once the parade is done, all the participants will be going back to the Elks Lodge on 1 Elk Lane for a free picnic with hot dogs, salads and soda provided.

With rain expected Saturday, the parade is planned to start through rain or shine as one of the many events going on this weekend as part of the Saratoga Arts Fest, which carries through Sunday, June 9.

The traditional Elk’s celebration and parade is always the Saturday before Flag Day, which is next Friday, June 14.

More in this category: « Disney Star Zendaya to Give Free Concert Man Convicted of Sexual Assault »
back to top