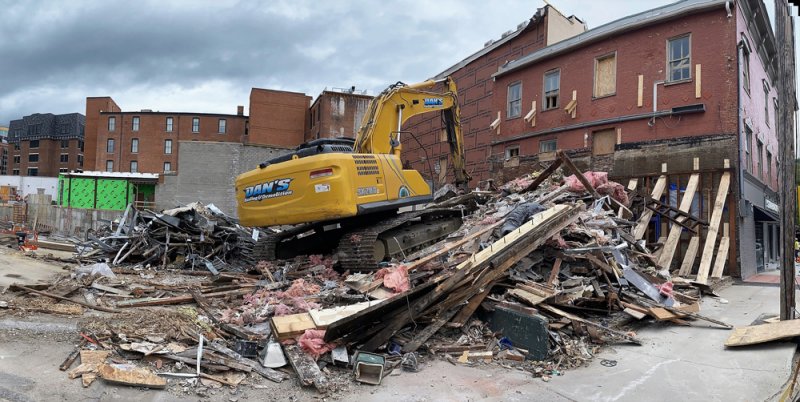 Demolition of building that housed Saratoga Candy Co., on May 27, 2022. Photo by Thomas Dimopoulos.

SARATOGA SPRINGS — The Washington Street building that housed the Saratoga Candy Company for nearly a quarter of a century was demolished last week.  A new, multi-story mixed-use hotel/residential development is targeted for the space.

“It’s bittersweet to say goodbye to my O. G. baby store after 23 years,” says Saratoga Candy Co. owner Dawn Oesch. ”I spent more time there than anywhere I have ever lived. Baking stuff at 2 in the morning, showing up at 5 in the morning to get ready for something.”

The neighborhood candy store has been relocated to 353 Broadway, lower level, around the corner from the former spot, and in a similarly sized space, and may also be found online at: www.saratogasweets.com.

More in this category: « We Remember 53rd Annual Flag Day Parade Saturday, June 11 »
back to top