Yaddo Gardens Reopen to the Public 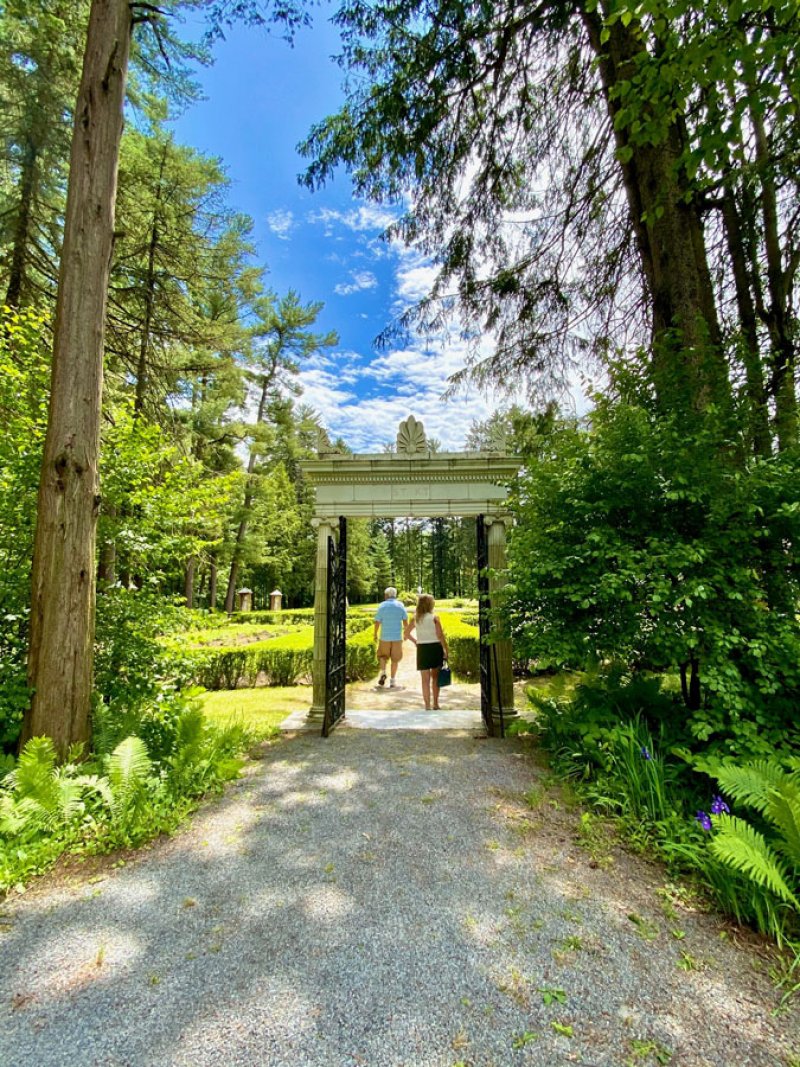 Entering the gates at Yaddo on Monday, June 13, 2022, when the Yaddo Gardens reopened to the public after a more than two-year closure due to the pandemic. Photo by Thomas Dimopoulos.

SARATOGA SPRINGS — The Gardens at Yaddo have re-opened for public use following the closure of the gardens due to the pandemic more than two years ago.

Spencer Trask gave the Gardens at Yaddo as a gift to his wife Katrina in 1899, and the corporation of Yaddo founded one year later. The estate opened its doors to its first group of guests in 1926, and resident artists were welcomed by George Foster Peabody.

The Yaddo grounds shut down altogether and temporarily suspended its residency for artists during the early days of the pandemic. “While Yaddo has never seen an interruption of this length in its nearly 100 years of service to artists, it has now become apparent that closing altogether is the responsible course of action from a public health standpoint,” Yaddo President Elaina Richardson said on March 13, 2020.

The private portion of the estate, which houses artists-in-residence, reopened in February 2021. The public portion – which includes the gardens, will be open 11 a.m. to 4 p.m. Monday through Friday, and 9 a.m. to 4 p.m. during weekends.

Limited parking is available at the entrance to the gardens. Typically, the gardens are among the most popular attractions in Saratoga Springs and receive over 60,000 visits annually.

More in this category: « 5 Questions on Mental Health and Street-Homelessness with the RISE Outreach Team The View From Here »
back to top