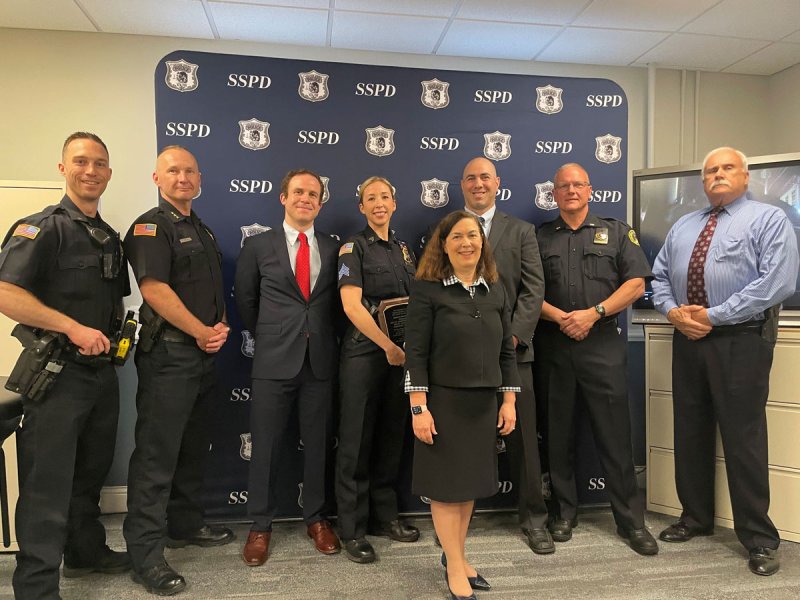 SARATOGA SPRINGS —City Police Sergeant Angela McGovern, as well as the Saratoga Springs Investigative Unit, were each presented with the Saratoga County District Attorney’s Office 2021 Public Service Award for their collaborative work in connection with an incident that took place on Aug. 10, 2021.

Sgt. McGovern was the first law enforcement member on scene after a stabbing occurred on Caroline Street. “Upon arrival, Sgt. McGovern immediately applied a tourniquet to the mortally wounded victim’s arm - saving his life,” county District Attorney Karen Heggen said, in a statement. McGovern is credited with subsequently helping to assemble other responding officers in securing the scene, preserving evidence and gathering witness statements.

Davis was convicted in late March by a trial jury of two counts assault, one count attempted assault and criminal possession of a weapon in connection with the incident, during which he ”viciously sliced the arm of one man while nearly slashing open another man’s throat,” Heggen said. On May 27, Davis was sentenced to 40 years in a state correctional facility.