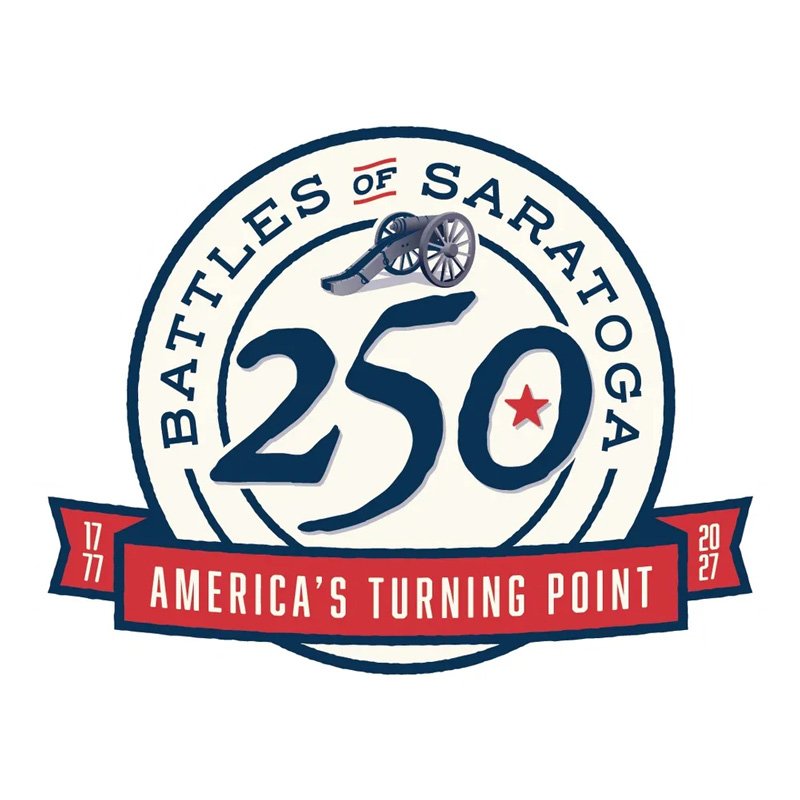 Saratoga County unveils its brand and logo to commemorate the 250th anniversary of the Revolutionary War Era events that happened in Saratoga County.

The anniversary marks the British Army surrender in 1777 in present-day Schuylerville, following the battles at Saratoga, and has been nicknamed the Turning Point of the American Revolution.

The Saratoga County Board of Supervisors have committed $150,000 in seed money to a newly formed Saratoga County 250th American Revolution Commission, to help advance its mission of promoting education, historic preservation and heritage tourism of the Revolutionary War era events, people, and places throughout Saratoga County.

The anniversary will be commemorated through the fall of 2027 with a multi-faceted public education and marketing effort, and the creation of a logo and brand was a crucial first step in that effort.

The Commission consists of 13 official members  - in honor of the 13 original colonies - tasked with planning and organizing ceremonies, events, activities, and celebrations recognizing the 250th Anniversary of the American Revolution in Saratoga County.

The Commission is actively seeking members for the remaining two vacancies. For more information, go to: www.saratoga250.com