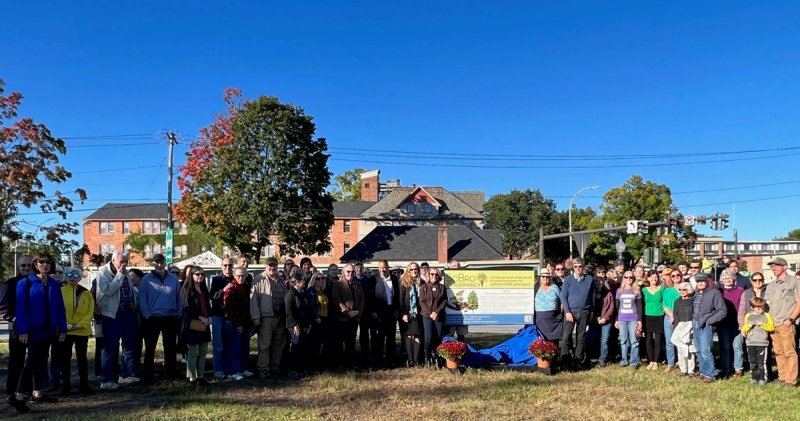 SARATOGA SPRINGS — SoBro Conservancy of Saratoga launched its first project on Sept. 29, focusing on the regreening of a former gas station site on South Broadway.

“A green space at this prominent location will bring benefits - not only from the bees, butterflies, beetles, and birds it will attract, but also for the businesses of South Broadway, by creating a welcoming, pedestrian-friendly transition to the SoBro corridor,” said Tom Denny, who along with SoBro team members Johanna Garrison and former city Mayor Joanne Yepsen shared remarks during last week’s gathering.

The parcel was donated to SoBro Conservancy by the David Eshaghian family to honor the memory of his mother. The property sits at 209 South Broadway - adjacent to a Dunkin’ Donuts shop - and has been vacant for more than a decade.

Over the next several years, the regreening process will involve planning and design, an extensive soil improvement regimen, the installation of appropriate infrastructure, and diverse plantings that will mature into a pollinator-friendly habitat of native plants.

As the project unfolds, the planting of large-growing shade trees and smaller flowering trees, along with flowers, shrubs, and ground covers that will provide habitat and food sources for pollinators and songbirds will occupy the highly visible corner.