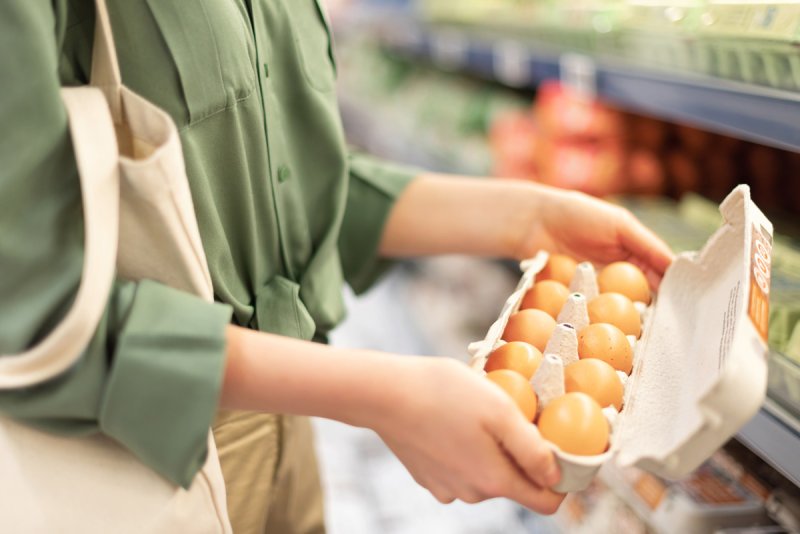 Eggs are nutritional, versatile, and easy to prepare, but the price of them has skyrocketed across the country in recent weeks. After hitting historic peaks during the holiday season, prices have remained stubbornly high due to shortages exacerbated by the deadliest surge of avian flu on record.

The outbreak began in December 2021 with the Eurasian Strain (EA) of the H5N1 virus in Canada before it spread into the United States. Then, another strain of the Highly Pathogenic Avian Influenza (HPAI), EA H5, was confirmed. Both strains of the virus have now infected commercial and backyard flocks, wild birds, and mammals across North America.

HPAI virus strains, which are fatal to chickens, are extremely infectious and spread rapidly from flock-to-flock. As of January 11th, the USDA reports 729 confirmed cases of HPAI in commercial and backyard poultry flocks in 47 states. This equates to a total of 57.83 million birds affected – a number that has more than doubled since October’s high of 2.11 million birds.

According to the USDA’s Animal and Plant Health Inspection Service (APHIS), infected wild birds showing no signs of illness carry the disease when migrating, exposing domestic poultry. Every state in the country has reported cases of wild birds testing positive for HPAI with Florida, North Dakota, and Oregon among the hardest hit areas. Each of these states has documented more than 300 incidences of exposed birds.

New York has reported 251 cases of HPAI in wild birds, four of which occurred in Saratoga County in 2022 when two Canadian geese and two bald eagles were found to have died of the disease.

The last reported case of HPAI in New York’s domestic birds to APHIS was on November 12th, 2022. In total, 9,792 birds from one commercial flock and ten backyard flocks have been affected.

Founded in 1948, the Thomas Poultry Farm in Schuylerville has been providing eggs to area supermarkets, retail shops, and restaurants in New York, Vermont, New Hampshire, and Western Massachusetts for generations.

The Thomas Poultry Farm supplies 4,300 dozen eggs to Stewart’s Shops each day. Stewart’s Shops, on average, sells approx. 1.6 million dozen eggs each year, with a weekly average of 30,000 dozen sold. During the weeks of Easter, Thanksgiving, and Christmas, the average weekly sales of eggs increases to approx. 45,000 dozen.

The Thomas Poultry Farm’s 200,000 hens pump out 15,000 dozen eggs daily, a significant contribution to the local economy. Nationwide, the US poultry industry provides more than two million jobs, injecting $555.9 billion in economic activity, and $33.7 billion in government revenue (indicates a recent report by the USPOULTRY, the National Chicken Council, the National Turkey Federation, and the United Egg Producers).

Like many farms, the Thomas Poultry Farm’s egg prices change on a weekly basis and are set based on data reported in the Urner Barry Egg Index, an industry publication released every Thursday, said Jennifer Thomas.

“Although we haven’t seen it yet, it’s very fair to say that in some places the price of eggs has tripled from where it was at this time last year,” said Jennifer Thomas.

As the supply of eggs falls drastically behind the demand, prices increase. The levels of avian flu during 2022-2023 have already surpassed those of 2015, when the country experienced a surge of the virus.  It affected 50.5 million birds in 21 states but the Thomas Poultry Farm never experienced an infection and, because of their strict biosecurity measures, has escaped contamination this year, as well.

“The avian influenza that hit in the spring returned full force this winter but, knock-on-wood, we’ve not had any incidences of influenza on the farm, which is a good thing because the USDA makes you get rid of all your birds, not just the ones that are infected, and it can take months and months to recover. It can be a real challenge,” said Thomas.

How to Stay Safe

Because of holiday baking, the period between Thanksgiving and Christmas sees the highest seasonal demand for eggs, followed closely by the Easter holiday. Consumers however, may see egg prices fall again before then.

“As long as we don’t get another wave of infections during the Spring migration, we should see the market relax and prices get better in the next few weeks,” predicts Thomas.

Even with the price increases, eggs continue to be a relatively inexpensive protein source. Because Stewart’s Shops and other establishments use eggs from local farms, they have more control, allowing prices to stay as low as possible for customers, said Erica Komoroske, Stewart’s Shops Director of Public Affairs.

“Our egg prices are lower than the supermarkets in many cases. When you buy eggs at Stewart’s, you are supporting the Thomas Poultry family farm that has been specializing in egg production for over 70 years! We pick up eggs every single day, so you can bet you are buying fresh and local!”

According to the CDC, it is still safe to eat properly prepared poultry and eggs after they are cooked to an internal temperature of 165 degrees Fahrenheit. The heat kills bacteria and viruses, including the bird flu.

Many species are susceptible to HPAI, including mammals. Most mammals detected with the virus in the US have been found in the northern states. In New York, 13 incidences have been reported, 12 in red foxes and one in an amur leopard.

Human infections most often occur after close, prolonged, and unprotected contact with contaminated animals or surfaces. The CDC continues to develop vaccines against bird flu viruses. To protect yourself, wash hands thoroughly with soap and water after handling poultry and eggs. Also, be sure to clean areas used for preparation immediately after use.

If you find a sick or dead bird, avoid direct contact. Wear PPE, including gloves, to pick it up and seal it in a plastic bag for disposal. For more information, contact the NYSDEC by calling 518-897-1210 or go to https://www.dec.ny.gov