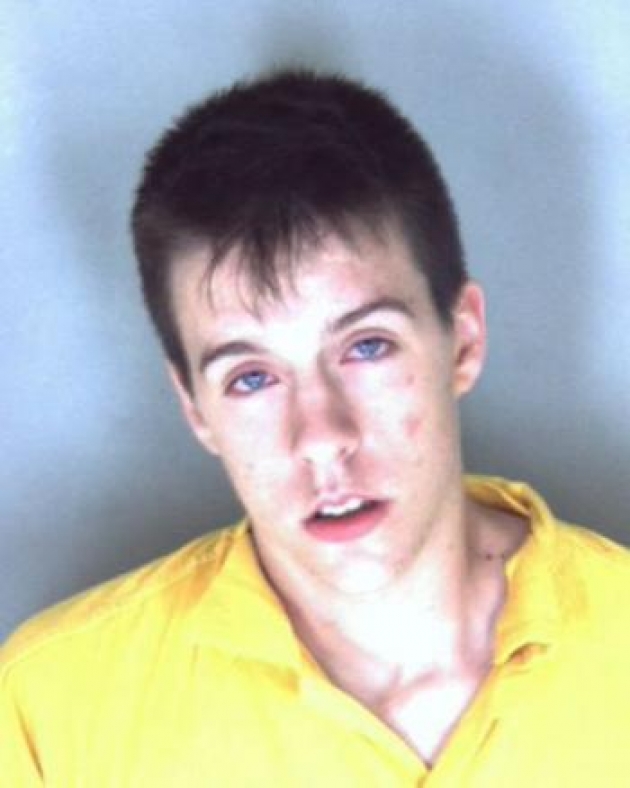 BALLSTON SPA —Dennis S. Drue pled guilty to all 58 counts in the indictment which accused him of causing the accident which killed Chris Stewart and Deanna Rivers, both 17, last December 1. His pleading guilty to all the charges is the same result as if the jury had returned a verdict of guilty on all the counts in the indictment.
Saratoga County District Attorney James A. Murphy, III announced on Friday that Drue, also known as Dennis S. Toomer,23, of Clifton Park, pleaded guilty to all 58 of counts of the indictment (52 of which are felonies). The top count being was aggravated vehicular homicide, a "B" violent felony.
The conviction arose out of a car crash where the defendant crashed into and caused the death of Stewart and Rivers, and also caused serious physical injury to Bailey Wind and Matthew Hardy, on December 1, 2012 on the Northway in the Town of Halfmoon.
Evidence showed Drue had been drinking at Koto Restaurant in Colonie where it was determined that he had four shots of alcohol, gin and tonics and beers. He then drove up the Northway toward Saratoga County when he began texting another person while driving. As he approached what was to become the crime scene, his speed was approaching 80 miles per hour, as later confirmed by the NYSP accident reconstruction experts and eye witnesses.  Drue's Volvo slammed into the back the Ford Exlplorer driven by Stewart, with Wind, Hardy and Rivers as passengers. Stewart and Rivers were killed while Wind and Hardy suffered serious injuries.

Blood tests later revealed that Drue had the active byproduct of marijuana, THC, in his blood stream in an extremely high quantity (8.4 nanograms/milliliter). At this level it would have affected his reaction time and ability to control his muscle movement. After the crash, while he could see the vehicle occupied by the four teens in the median which he had just crashed into and forced off the road, NYSP reports indicated that he asked only about his own condition and the condition of his vehicle.

One trooper testified at a hearing Drue had initiated to try and suppress statements he made after the accident that Drue said, "Oh my poor car, I love my car."

In fact, said Murphy, while he was at the scene he never asked about the condition of the people in the car that he had just rear ended and forced off the road. The eye witnesses to the crash noted that the defendant never utilized his brakes prior to impact. In addition, a computer chip was removed from the Volvo and shipped to Sweden in order for Volvo authorized experts to examine and provide details as to the information the chip stored prior to impact and the report confirmed the vehicle's speed at roughly 80 mph.

Murphy said, "We refused to engage in any form of plea bargaining at this late stage in the case. The family and my office were ready for the jury selection to begin Monday. By Drue pleading to 58 charges, he throws himself at the mercy of the court for sentencing. We can recommend, but not control sentencing. It seems the judge is going to impose a sentence that is at least five to 15 years, but perhaps less than we would like. At this point the four families and my office are thinking about the number of years that we will try to persuade the judge that we think is appropriate for Drue to spend in prison and why. Drue's conduct has forever changed the Stewart, Rivers, Wind and Hardy families and we need to make sure that the sentence imposed acts as a punishment, deterrent and serves the interests of justice. We have a lot to consider before we make a recommendation to the judge. We know Judge [Jerry] Scarano will listen to everyone and then make his decision as he always does based on what he believes to be fair, appropriate and [based] on the law. "

Continuing, Murphy said "ADA Jim Davis and ADA Patrick Campion, Crime Victim Specialists Erin Pierone and Kim Bryden, Inv. Ben Moran and the men and women of the NYSP lived and breathed this case for 10 months exhausting every lead and tracking down every witness. Today's conviction of Drue only reaffirms my belief that justice does prevail if you have dedicated public servants who set aside their own agenda to seek the truth. The families of these kids can be proud to know that it was our honor to have worked with them and their interests in mind on this important case."

Murphy said that the conviction of Drue will hopefully act a detterent for anyone to combine alcohol, marijuana, texting and speeding in a car.

"Unfortunately you can expect only one outcome for your future: prison" said Murphy. "Drue will go to prison for the death of Chris Stewart and Deanna Rivers and for causing serious injury to Bailey Wind and Matt Hardy. How ironic that he would plead on the day of the Shenendehowa Homecoming football game. A day that was such an important day for these four completely innocent kids who were doing nothing wrong as they drove home well within the speed limit on their way home from a basketball game."

Sentencing has been scheduled for December 5  at which time the DA's office will ask the judge to impose a sentence of some amount of time more than five to 15 years. It is also anticipated that the judge will allow one representative from each family member to speak.

When asked by County Judge Jerry Scarano whether or not he caused the deaths of the victims, Drue, 23, said, “Yes.”

Drue will more than likely be required to serve three years post-release supervision and to have an interlock ignition device. He will be allowed to remain free until sentencing and cannot drive before that. He has been free on $50,000 bail.

More in this category: « Key to Getting Fit Over 50: Modify Workouts Restaurants Take Part in Locavore Challenge »
back to top