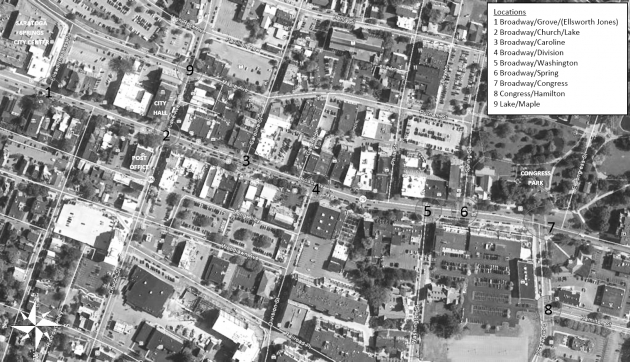 SARATOGA SPRINGS – The Saratoga Springs City Council meeting on Tuesday, February 4 had a shorter public comment period than in previous meetings. While some commenters ventured opinions on both sides on the expanded gaming issue, the numbers were far less than recent meetings.

This was good, as the regular agenda was robust with three interesting, well-prepared presentations about various topics that are important to the city.

Only one of these presentations could be regarded as time sensitive, however (the Bog Meadow water infrastructure project had a vote scheduled to amend the capital budget to fund it later in the evening) and it might be a wise move on the part of those who schedule these things to limit the number of presentations per meeting when possible to avoid information overload. However, all three were chockfull of information.

Regarding Bog Meadow, a well system that eventually could be built out to four wells was proposed to elevate the safe daily yield of water to well above what is needed on peak demand days, while diversifying the sources for city water. During the public comment on this topic, which followed the presentation, some took issue with the contention that this diversified scenario would actually achieve the goal of keeping the supply at adequate levels should an emergency arise with one of the major water sources (for instance, at Loughberry Lake), the council voted by a 5-0 roll call vote to amend the capital budget and fund the project.

The next presentation was a traffic study on Broadway, presented by the firm of Greenman Pedersen, Inc., where a total of nine intersections from Grove to Congress Street along and near Broadway were examined to gauge the impact of options such as timing sequences, turn arrows (with or without an extra left turn lane), eliminating left turns altogether and accommodations for increased dedicated pedestrian crossing time with an eye towards each options’ impact on traffic flow. The entire report is available online at saratoga-springs.org. Note well that it is over 200 pages. The options led to questions and discussions by many council members. No action was taken at this time, but the council appeared to be leaning towards some of the more moderate options such as time adjustments and sequencing.

The third presentation was by members of the Saratoga Springs Preservation Foundation regarding the Spirit of Life Statue and Trask Memorial renovations in Congress Park. Dedicated on June 26, 1915 on the same day as the city’s incorporation, it is hoped that all renovations will be completed in time for the city’s centennial. Executive Director Samantha Bosshart led the presentation, which was supplemented by comprehensive reports by Martha Lyons on the site’s history and landscaping, and Dan Wilson on the masonry restoration and other related topics.

The complete reports and other data about the project can be accessed at  spiritofliferestoration.org.

Mayor Yepsen presented a proclamation to Father Dominic Ingemie in honor of his retirement from St. Peters church and his support for Code Blue. She also had a moment of silence for the passing of city resident Robert Pascuillo, who was active in many ways to make the city a better place to live.

More in this category: « A VOICE FOR VETERANS: Veterans Business Council ‘Selfie’: Area Native Debuts Film At Sundance »
back to top