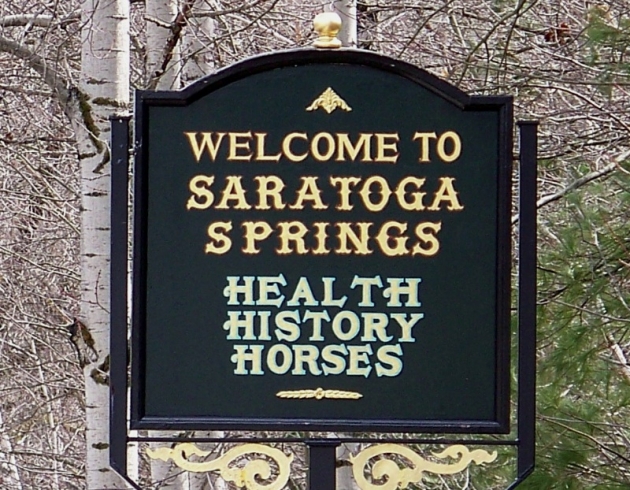 The successful fight against a full-scale casino siting in Saratoga Springs was the first of two equally important battles we need to win in order to protect our community’s long-term interests and preserve the character of our wonderful city. The second battle is against the proposed Saratoga Casino and Raceway (SCR) expansion that we have a very short window of time to contest. If the expansion plans go through without local oversight, not only would it hurt the city now, SCR could apply for a full casino license in seven years, using the existence of the expanded site to help them in their efforts.

The $30 million expansion includes a five-story, 108-room hotel and 2,000-seat event center, nearly doubling the size of the current site. The city should have local oversight authority regarding the expansion, but the City Council has decided not to fight, via legal avenues, the Gaming Commission’s stated intent to become lead agency in the SEQRA (State Environmental Quality Review Act) process. The City’s March 4th Resolution protested the lack of “home rule” and the “threat to the vitality of our city’s downtown,” which are also pertinent issues for this second battle. So, why isn’t the City Council fighting for local control by whatever means possible, legal, legislative and civil?

In the first quarter of the year, which is very slow for downtown businesses, these public events draw over 34,000 people who spend more than $3,000,000.

SCR is looking to create public events for their event center that will be in direct competition with the City Center’s public events. Skip Carlson of SCR’s stated intention is to have the public “come to our property and stay longer”, at SCR; downtown businesses will be “devastated” as a result. If there is significantly less traffic, businesses will be at risk of closing, consequently hurting the City Center’s ability to attract conventions to our unique downtown, starting a downward economic spiral.

The Planning Board normally oversees the SEQRA Review process locally; however, the State Gaming Commission has claimed power with regards to SCR. Recently, the Gaming Commission said the Prop 1 State Law (about full-scale casinos) only covers the gaming floor, but the rest of the development has to go through local Planning and Zoning boards for review. Since both laws (Prop 1 and the VLT law) have the same exact language, and SCR’s expansion plan does not include the gaming floor, why is the Gaming Commission now saying SCR’s building plans are not subject to local oversight?

We need the City Council and Planning Boards to vigorously fight for local oversight and challenge the Gaming Commission’s position, so we can control our city’s destiny.

There are many issues to review and gather public input about the impact of this expansion on our city, including waste production, large truck traffic traveling down Union and Nelson Avenues past residences, noise and light pollution, the character of our community (quality of life and heritage and cultural tourism issues), the tall hotel possibly being seen from the flat track, and the potential impact on SPAC, UPH and our vibrant downtown business core that our community has carefully developed over the decades. The planned site is also within our city’s protected Greenbelt and contrary to our Comprehensive Plan.

I strongly encourage all Saratoga Springs residents and visitors to contact the City Council and Planning Department and demand they fight for local control by whatever means necessary. The Mayor and City Council have until June 13 to say ‘no’ to the Gaming Commission’s SEQRA lead agency status. The Office of General Services (OGS) oversees the Gaming Commission. Contact information for OGS: This email address is being protected from spambots. You need JavaScript enabled to view it.

More in this category: « Trouble On The Tarmac Reporter's View: Good Music Over Hot Air »
back to top