Childhood Cancer Research Grant Given in Honor of Wilton Child 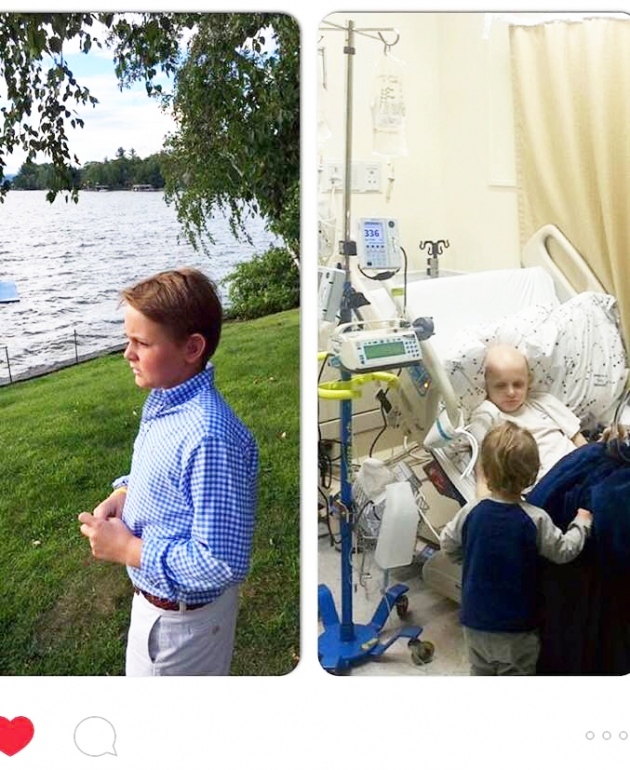 WILTON – Last June, residents of Wilton and surrounding towns pulled together to raise funds for Clarkie Carroll, a 13-year-old lacrosse player who had been diagnosed in 2013 with Ewing’s Sarcoma, a rare form of bone cancer that only affects 250 people a year.

Nearly 350 people gathered at McGregor Links Country Club in support of Clarkie and participated in “The Clarkie Cup,” raising nearly $40,000 as a community.

Due to those funds and other donations raised in honor of Clarkie, the St. Baldrick’s Foundation, a volunteer-powered and donor-centered charity dedicated to raising money for childhood cancer research, announced this week that a Hero Fund created in honor of Clarkie Carroll will support lifesaving childhood cancer research, specifically a research grant focused on Ewing Sarcoma. About $300,000 was raised, and all of the funds are going toward research. This is the second $100,000 research grant to be awarded out of the funds raised by the Wilton community.

“It sounds cliché, but it definitely takes a village,” said Clarkie’s father, Dave Carroll. “An unfortunate circumstance led to some wonderfully generous folks and an amazing turnout at the fundraiser. We are immensely grateful – there’s so many people to thank. If it weren’t for them, we wouldn’t be where we are now.”

After struggling with leg pain throughout his 2013 spring lacrosse season, Clarkie’s parents pushed for an MRI. It showed a mass in his upper right femur. Clarkie’s treatment involved 34 weeks of chemotherapy and surgery to remove the top half of his femur and replace it with a titanium prosthesis and donor bone. Clarkie completed treatment in May 2014 and now shows no evidence of disease.

“We stay cautiously optimistic,” said Dave Carroll. “He’s doing well, he has a metal prosthesis in his leg and needs a couple adjustments from a hardware standpoint, but he’s tougher than most. His mindset is he doesn’t feel sorry for himself. He checks the box and keeps on grinding, setting goals for the day, the week, and just goes from there. I have learned a lot from him.”

Dave Carroll added that the disease is so rare and not well known that it is not a priority in national research funding.

“It will take getting the dollars to the folks in the research labs, and on the [micro] scopes, and in the basements of the hospitals to find a cure,” he said. “It’s going to have to come from private dollars. We are humbled by Wilton’s generosity, and hopeful all the hard work does pay off. It’s amazing, but not surprising, that a community like this rallied around one of its own. And now that money is getting to the right folks, those that have the most promising work.”

This year, the “Team Clarkie St. Baldrick’s Research Grant” was awarded to Dr. Eric Sweet-Cordero, Ph.D., at Stanford University. The $100,000 grant will support Dr. Sweet-Cordero’s research project that aims to understand how a DNA mutation causes Ewing Sarcoma. He hopes that understanding this mutation will lead to better therapies for children with this cancer.

The Team Clarkie Fund was started by Dave and Shannan Carroll in honor of their son, Clarkie. Throughout treatment, Clarkie amazed everybody with his strength, positivity, sense of humor and resilience.

More in this category: « American Pharoah Brings Luck to Local Entrepreneurs City Prepares for 100k »
back to top