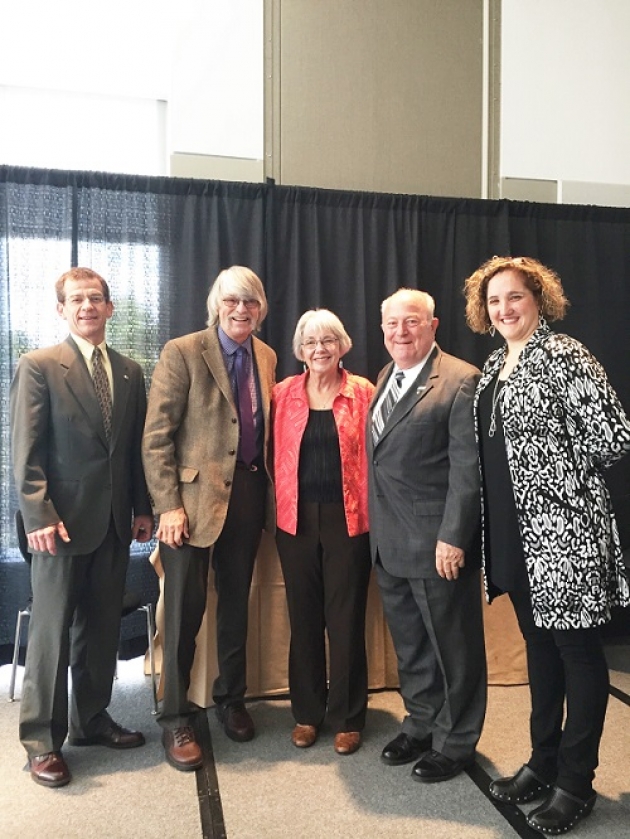 The brunch was a fundraiser for the Saratoga Springs Rotary Education Foundation. The mission of the foundation is to assist students from the greater Saratoga community to advance their education and training by raising and managing funds in support of scholarships and general educational needs. In June, $53,000 in scholarships was awarded to 12 local students.

The fundraising brunch featured a silent auction, food donated by Longfellows restaurant, as well as musical performances by the chorus group “Dynamics” from Skidmore College.

Philip W. Klein and Reverend Jay and Judy Ekman were honored for their humanitarian services in the community.

When he was accepting his speech, he mentioned how he felt the most reward working with the board at Saratoga Hospital. “They have experienced well-paced growth, and medical care is of the utmost importance,” Klein said.

Klein inspired the crowd at the end of his speech by saying, “Volunteer. It’s good for you.”

Reverend Jay and Judy Ekman have been married for almost 50 years. Together they helped start the Rural Food Delivery Program and have been involved in youth-centered activities for many years. Judy helped start the Child Abuse Task Force (now the Center for the Family), while Jay chaired OASIS, a drug counselling effort. They both have organized many interfaith activities over the years in the community.

“If you’re trying to make the world a better place, going at it alone is not an option,” said Judy Ekman.

In regards to his wife, Jay Ekman said, “We have a shared purpose and a shared memory.”

More in this category: « Hope in Their Darkest Hours: Wellspring Provides Substantial Services for a Prevalent Crime Students Learn From Golf Resort Debate »
back to top