If They Build It, Will They Come? 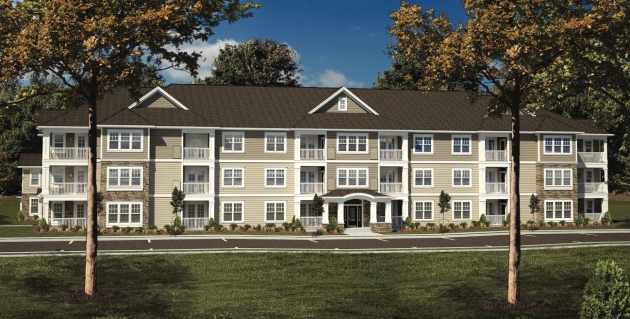 MALTA — Construction has begun in Malta on Park Place, one of three newer apartment complexes in the town, and some are concerned.

“There are a lot of apartments going up in the town of Malta, and it’s transforming our town, not in a positive way,” said Paul Sausville, former Malta town supervisor.

Matt Gourlay, financial analyst with LeCesse Development Corp., said the GrandeVille at Park Place apartment complex off Landau Boulevard on Route 9 — about 3 miles from GlobalFoundries — broke ground in early September. DGA Builders has finished most of the foundations and started framing for the first phase. It is expected to be ready for tenants to move in during summer 2016.

Sausville said he’s concerned that with the number of people moving in and bringing their vehicles, it will create traffic problems and an added cost for snow removal, especially if there’s on-street parking.

“I don’t think we need more people in our town,” Sausville said. “We’ve got a population of 14,000. We need businesses and jobs. Apartment buildings are outpacing the demand.”

The new town supervisor, Vincent DeLucia, said he’s not personally excited about the large-scale apartment complexes going up in Malta, but he added that developers have a right to build new apartment complexes if they fit within the existing zoning laws and requirements.

“I believe in well-organized, balanced growth between residential, rural, commercial and agriculture,” he said.

DeLucia was sworn in January 1.

Gourlay said as far as GrandeVille is concerned, there should be plenty of room for everyone.

“The layout and plan call for a more pedestrian-friendly layout, so we’re hoping there will be ample parking and room for people to move around,” he said.

Anthony Tozzi, the building and planning coordinator in Malta, said that with his more than 30 years of experience in four municipalities, residents often complain about new development, but Malta traffic should be fine.

“Every project of significant magnitude is required to submit a traffic study that is reviewed by the town’s engineer for compliance with applicable standards,” he said. “In terms of overall townwide traffic, Malta has exceptional north-south transportation infrastructure, with the Northway and Route 9 having significant capacity for additional traffic.”

Malta is more challenged with east-west transportation, Tozzi said, particularly Route 67, Old Post Road, East High Street, and other “older” roads, but the town is spearheading improvements to Round Lake Road to address high-traffic issues from GlobalFoundries, the Intermodal facility on Route 67 at Halfmoon and development in Ballston.

Besides the GrandeVille complex, there’s also the Lofts at Saratoga Boulevard and Ellsworth Commons. The Lofts, located at 18 Lofts Way, is about two-thirds complete, Tozzi said, and Ellsworth Commons, located at 2101 Ellsworth Blvd., has been up for a while but still has a small townhouse section that needs to be finished. The Winter Development Group also has plans for an apartment complex.

“We do have an application in, but they haven’t been moving it forward,” Tozzi said.

Gourlay said the first phase will include 292 units. There will be 19 structures, including a mix of garages; three-story, elevator-serviced apartment buildings; townhouses; carriage-house-style buildings; and a clubhouse. Rent will be between $1,295 and $2,100.

The second phase’s plan allows for 243 units in two- and three-story buildings, Tozzi said. There is no set timing for the second phase.

More in this category: « Local "King" Goes To The White House! Historic Sport Shop Hits 75 Year Milestone »
back to top