Hot Potato at the Freezing Point: 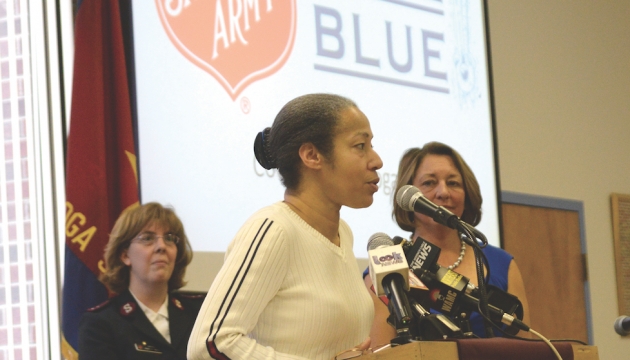 SARATOGA SPRINGS – What you have here is a textbook case about an unfunded government mandate in action. Well intentioned, perhaps, but in this case it has to date led local organizations, also well intentioned, but in some cases underfunded, in others under-equipped, to scramble for an effective solution to fulfill the mandate. Meanwhile, the weakest segment of our society – our homeless – has their safety and very lives in limbo.

On Sunday, January 3, in advance of an anticipated drop in New York City’s temperature and large snowfall amounts, Governor Andrew M. Cuomo signed an executive order requiring local governments to take identified homeless people off the streets and into shelters, by force, if necessary, once the temperature reaches 32 degrees or below. While many statewide were quick to criticize the force component of the order, it became an economic issue locally this week.

The City of Saratoga Springs Code Blue Shelter is operated by Shelters of Saratoga at the Salvation Army on Woodlawn Avenue. The shelter is “triggered,” or goes into operation, when the temperature is expected to drop below 20 degrees, or when a foot of snowfall is expected.  It should be noted that this is a benchmark that has been used by many similar organizations throughout the state. After the Governor’s mandate, the local Code Blue Shelter continued to operate under that same threshold, as they had no immediate way to secure the funding to keep it open more often.

“We’re certainly willing to look at (raising the threshold),” said Shelters of Saratoga’s (SOS) Executive Director Mike Finocchi. “We actually did raise it once, from 10 to 20 degrees. The issue with us is securing funding for the costs involved, and of course staffing. We are primarily a volunteer organization, and though we get some grant money, we are principally funded through generous donations from the community.” Finocchi said that the Code Blue Shelter accommodates an average of 38 people when open.

During the overnight hours of Tuesday/Wednesday, January 22/23, the temperature was below freezing, but not cold enough to activate the Code Blue Facility. A subset of the homeless population, 10 to 12 people, was transported to the emergency room at Saratoga Hospital to seek an alternative shelter. Some have speculated that a homeless volunteer transported this group; other sources have told Saratoga TODAY that a part time resident of the shelter had organized the group of people. Regardless, the people appeared on the hospital’s doorstep.

For it’s part, Saratoga Hospital did all it could to accommodate the unexpected people, despite the fact that it’s Emergency Department is not set up to do this kind of hosting. A statement released by Saratoga Hospital’s Vice President for Community Engagement, Amy Raimo on Wednesday, January 27 seemed to strike a proper chord: Caring and yet not possessing the proper facilities. The statement read in part:

“Last night, approximately 10 to 12 people from the homeless community were brought to our Emergency Department…. We have had this occur before, but this is the largest number we have accommodated.

The Hospital has a long-standing practice: If someone from the community comes to the Hospital, we will not turn them away. We will be as responsive as we can be to meet their needs. However, we are not equipped to be a shelter, and refer anyone in need to the local community organizations best prepared to help. As always, our primary focus is to take care of our patients, but we will continue to work closely with local authorities and organizations to identify the best solutions when there is a need and we can help.”

As stated above, Shelters of Saratoga’s people have more than expressed willingness to raise the threshold to activate Code Blue. Perhaps this is a good time to enlist the reader to consider making, or making another, donation to help fund this worthy cause. Visit SheltersOfSaratoga.org for information. Meanwhile, this remains a story in progress that is frustrating to well-meaning people that are seeking a solution. And the homeless remain in limbo.

Finocchi added a note of irony. “On that night,” he said, “we actually had six rooms available at our regular shelter (on Walworth Street), which operates year-round. But nobody called us.”

More in this category: « Death Wish Coffee Wins Commercial in Super Bowl! Saratoga Springs’ Solar: Towards a Brighter Future »
back to top