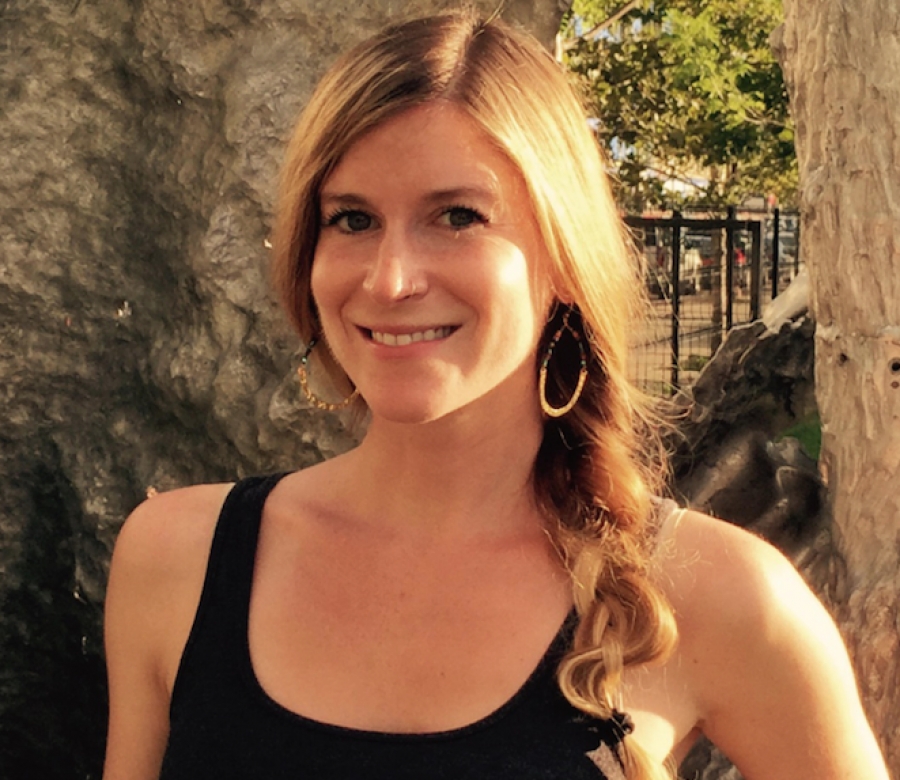 SARATOGA SPRINGS – Kara Storti has been blessed with the gift of articulation – the ability not only to communicate – but to reach into her own soul, and touch yours. This has been evident since her high school (Burnt Hills/Ballston Lake) days, when, as a young songwriter, she dazzled audiences with her original, introspective lyrics, a sweet, yet powerful voice, and melodies that grabbed you and wouldn’t let go.

It was obvious that, despite not being old enough to buy a drink at some of the places she played music (such as Gaffney’s, during songwriter nights) with her band, or solo behind the keyboard, that she could more than hold her own with seasoned veterans twice her age, maybe more. There was no doubt in anyone’s mind that saw her perform that she would be a pro – and a successful one at that.

Fast forward just over a decade, and we find that Kara done just that – become a professional who has taken her craft of writing to a new level, with the publication of her third novel, Tripping Back Blue, that will have its New York release next Thursday at Northshire Bookstore. This ‘homecoming’ to her native area will include reading, Q + A, and book signing.

In addition to being a novelist, Kara has applied her craft to professional outlets. After high school, she migrated to Boston (her current home), where she logged a stint at Harvard University’s office of correspondence for Harvard’s then-President Lawrence Summers, and currently does medical writing for Vortex, a pharma company that develops drugs to combat cystic fibrosis.

“I love medical writing,” Kara noted, “After Lawrence Summers left/got booted at Harvard, I stayed around for a bit during the search for his successor in the Provost’s office, but I needed to get more stimulation from writing.” This came from the medical field, but more importantly from writing fiction as well.

Don’t judge a book by its cover, and in the same vein, don’t let Kara’s sweet persona and her good-natured sense of humor (laced with a nice bit of deadpan sarcasm) fool you – this is gritty writing in the realism mode. In Tripping, set in the urban, mostly inner-city areas of the Capital Region, Kara writes from the perspective of Finn, a male drug dealer and his own personal struggles with addiction, and life in general.

“The inspiration for this was real,” Kara said, “I was in a relationship with a guy from Burnt Hills who struggled with a drug problem. I had started to develop some of the themes of the book before I became aware about his battling these demons. Actually, the main character began as a female, sort of a female Harry Potter, who defeated dark forces with components of magic.  But once I did learn the truth about him, the words just flowed in a different direction. It turned out to be a catharsis of sorts for me.”

Some brief excerpts tell the tale:

“All I’ve got to do is just get through this ordeal. Push through it; be a man…

“Stupid car. Stupid neighborhood. It’d be one thing if I lived in New York City, where there’s violence, sure, but tons of opportunity to become a better man. Not the case here. Instead I’m north of Albany, in rotten Dammer-f-ing-town, where there is no other side, where no great life is waiting for me, where the earth threw up and walked away.”

- From ‘Tripping Back Blue’

I asked her if she still composed songs. “I still write them, from time to time, when I can,” she said. “I find that it is good to combat writer’s block – switching disciplines can unclog the mental log jam.”

These and other tips will be shared with a Saratoga Springs High School Senior class earlier that day, while you get to enjoy the finished product of her hard work and effort later that evening.

As a music programmer, Kara Storti made me look like a very discerning, smart judge of talent. You will feel the same way if you recommend her appearance next week, as an accomplished author, to friends. As big a thrill as it is to spot a young person with a gift, it’s even a bigger thrill to check in later on, and see how that ability and flair has blossomed. And that, simply, is what you have before you next Thursday.

Speaking of which, if you read this far, you have migrated to our PULSE section, where Rebecca Davis does a great job letting her talent blossom. I highly recommend that you read the rest of this section as long as you are here - always a nice counterpoint to the dreary news of the day.

“An evening with author Kara Storti” will take place at Northshire Bookstore, 424 Broadway in Saratoga Springs next Thursday, May 26 at 6 p.m. Kara will be conducting a Q & A, reading and signing copies of her new novel – “Tripping Back Blue” – which is suitable for mature teens and adults.

More in this category: « Standing Tall Against Bullying New Owners – New Energy! »
back to top