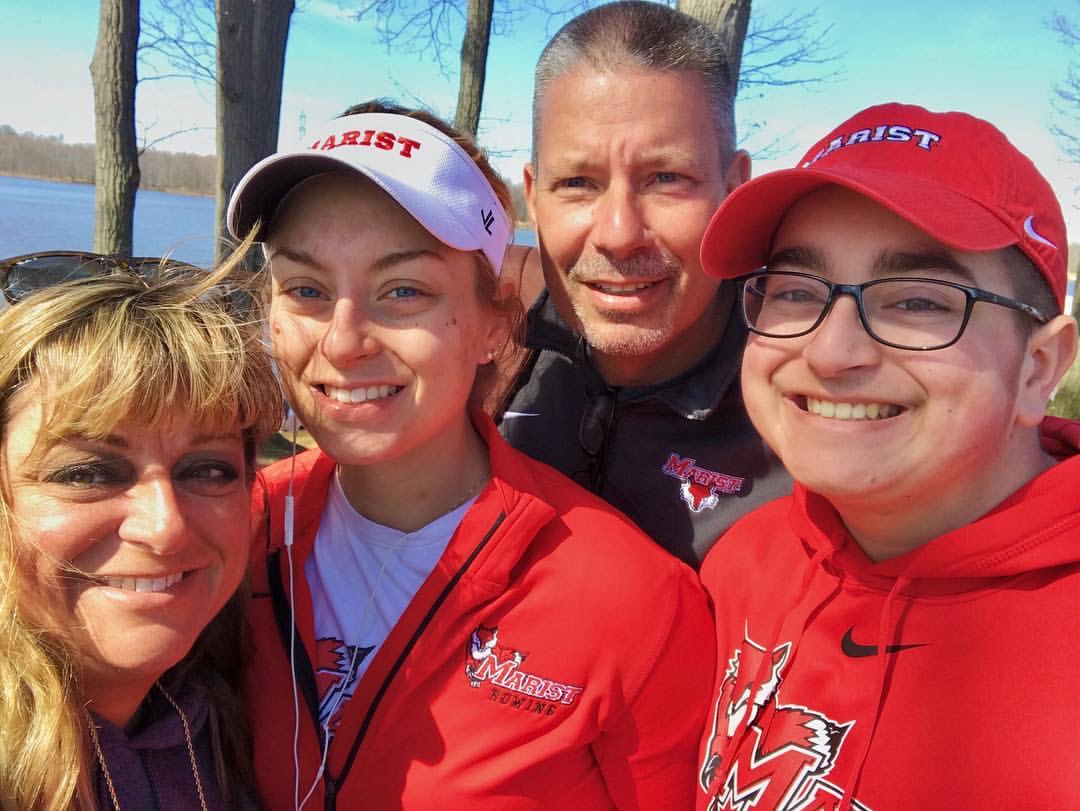 [Jack Kislowski (at right) with his family. Photo provided.]

BALLSTON LAKE — For Terri Jo Kislowski, “it all started” in 2014 during an otherwise festive occasion of a family birthday. Doctors had discovered that her son Jack’s appendix ruptured, so he abruptly ended up in surgery at Albany Medical Center.

Jack Kislowski has long since recovered from the medical problems that unfolded for him. Yet this month, his story is being highlighted in a charity campaign at participating Cumberland Farms stores, which will donate five cents of every beverage purchased in “Chill Zone” sections to the Bernard and Millie Duker Children’s Hospital at Albany Med.

In a statement, Cumberland Farms CEO Ari Haseotes said the “Cups for Kids” charity has raised more than $500,000 in the last five years. This year’s campaign will benefit the Duker hospital and four more medical centers in the Northeast.

Local purchases, including HyperFreeze drinks, can be made at Chill Zones in the Cumberland Farms stores on Route 146 in Clifton Park; 75 Milton Avenue in Ballston Spa; and 451 Geyser Road in Milton.

“It’s a great fundraiser,” says Terri Jo Kislowski, after reflecting on her son’s time three years ago in the Duker hospital’s Pediatric Intensive Care Unit. She praised the doctors and staff for “the amazing work that they do there.” Kislowski added that sudden medical emergencies, much like the one endured by Jack, “can happen to anybody.”

For weeks Jack—who already dealt with asthma—was confined to a hospital bed, since the surgery caused his 11-year-old body to go into septic shock. Then he was diagnosed with Acute Respiratory Distress Syndrome, which prompted doctors to perform a tracheotomy so the kid could still breathe with the aid of a ventilator.

Kislowski says she and her husband, Mark, agonized over making that particular decision.

The medical ordeal Jack faced might have been surmounted with the help of his sister, Shelby Kislowski, who was supposed to celebrate her 16th birthday at the time of her brother’s initial surgery. Instead she devoted herself to an outreach campaign through social media on Jack’s behalf.

“She got her wish,” her mother explains, “in keeping her brother. She just wanted him to live. We got a second chance at being a family.”

The Kislowski siblings, now 19 and 15 respectively, are happy to continue their studies at Marist College and in the Burnt Hills-Ballston Lake school district.

In a statement, David Clark, the physician director of the Duker hospital at Albany Med, called the facility “a lifeline to our 25-county region,” saying “our staff is dedicated to providing the best medical care to our young patients.”

Clark added: “Community partners and their programs, like Cumberland Farms and Cups for Kids, help us meet the needs of 90,000 visits of sick and injured children each year.”

More in this category: « Wilton Moves to Replace Storage Sheds and Expand Solar Power Project 7 Years in the Making Sees Fruition Tuesday »
back to top