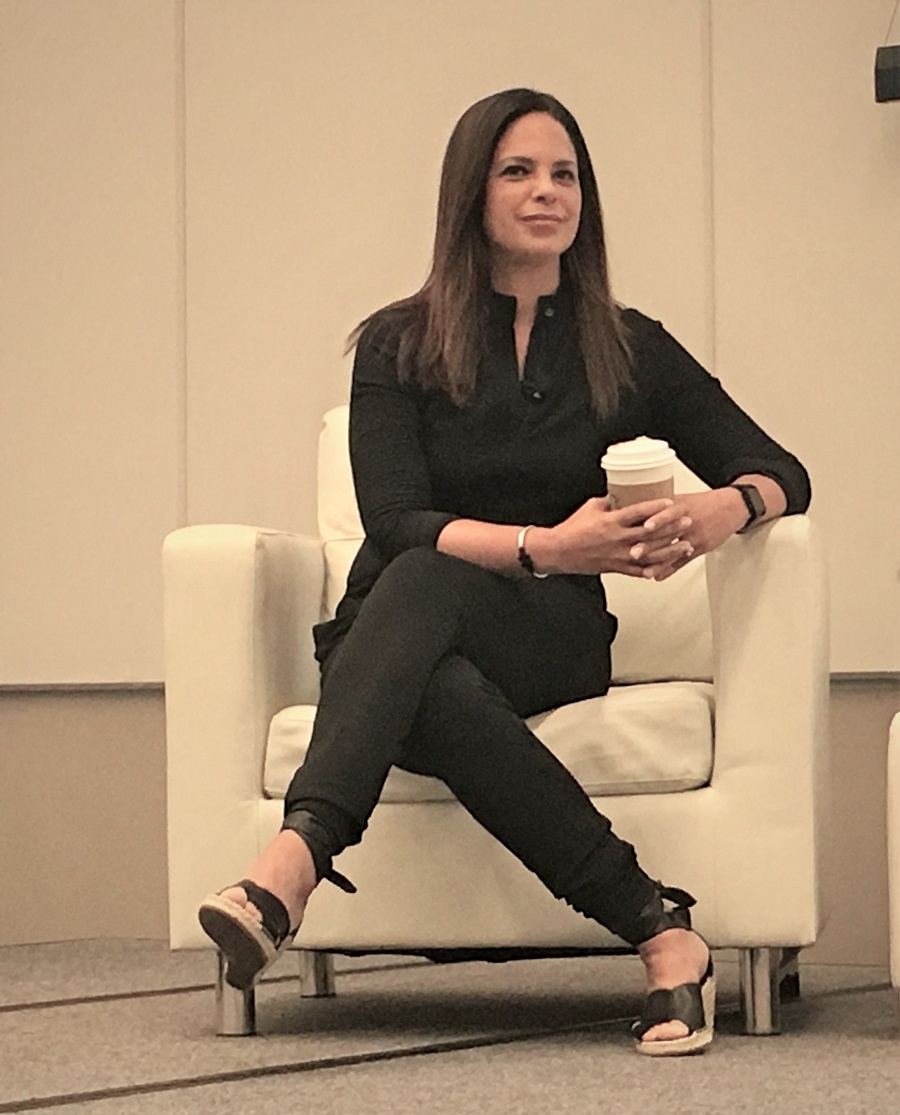 Soledad O’Brien speaking to journalists during a presser at the Saratoga Springs City Center on Aug. 14, 2017. Thomas Dimopoulos

SARATOGA SPRINGS - Following a year of preparation and three days of workshops, seminars, networking sessions and informational panels, Dan Tordjman was appreciating some well-deserved down-time on Wednesday, a day after wrapping up the first-ever Equestricon, which was staged Aug. 13-15 at the City Center.

The convention, billed as “the largest program schedule assembled for any fan event in the history of horse racing,” pretty much matched up with organizers’ expectations, explained the event’s co-founder.

“What we were trying to prove was that there was an appetite for this kind event - a fan base in horse racing interested in learning more about the game, and an industry interested in meeting face-to-face with potential customers,” Tordjman said.  “I think we were able to do that.“

The ebb and flow of visitors during event days on Sunday and Monday - as people made their way between the racecourse and the City Center - was augmented by the convention’s largest gathering on Tuesday, when the track goes dark, he said.

For Tordjman, Tuesday’s highlight was the fan-friendly experience which posed attendees for photographs alongside the Kentucky Derby trophy and served as a fundraiser for the Permanently Disabled Jockeys Fund (PDJF). “One of the most indelible moments was when someone from PDJF came on and could barely get one word out before they broke down crying and thanking us for doing it,” he enthused.

The crowd of approximately 1,000 people registered to attend in advance of the convention were supplemented by a free-flow of visitors attending independent events, many of whom had come from out-of-state and were visiting Saratoga for the first time.

“I think Saratoga has been on a bucket list for a lot of people and with Equestricon happening this year, they figured this was the time to make the trip,” said Tordjman, who credited the city for its hospitality – “they rolled out the red carpet for us” - and added that “everything is on the table” regarding Equestricon’s future staging ground. A formal announcement is expected “in a month or two,” although he anticipated a probable return to Saratoga Springs in 2018.

Monday was punctuated by a keynote address regarding horse aftercare by longtime journalist Soledad O’Brien, who has worked as a correspondent for Al Jazeera America, produced documentaries for CNN, and runs the Starfish Media Group production company.

“One of the things I see analogous between the stories I report and the thoroughbreds I had the opportunity to adopt over the years is that in every story people want to work. They want good valued work, (and) horses, like people, like to work. You like to feel that you’ve accomplished something. They like to be run and exercised and walked – and get treats, too,” said O’Brien during a morning presser attended by more than a dozen credentialed photojournalists, print journalists, TV news camera operators and one millennial who aimed a smart phone at the speaker and announced, “I’m Facebooking-it live,” to anyone who cared to listen.  Outside in the main hall dozens of Equestricon staffers wore black T-shirts emblazoned with yellow stencils that read: Ask Me Anything.

“If you had told me 10 years ago that I would have three off-the-track racehorses, I would have said, ‘You have lost your mind,’” O’Brien explained.  “I thought: racehorses are hot, somewhat crazy, and you would certainly never put a child on a racehorse.” That assumption was not accurate, she learned.

“My husband and I got into getting horses from aftercare about 10 years ago and we were completely and utterly surprised at how successful it’s been. We went to the aftercare facility and every single stereotype we thought we knew about retired racehorses coming off the track wasn’t true,” O’Brien said.  “Over the years we have had three retired racehorses, and a bunch of other horses - different breeds - and there’s no difference between them. They do the same things our other horses do.”

O’Brien, who calls herself “a mediocre-to-average rider who just loves horses,” said the racehorses have smoothly transitioned into great new jobs, retrained as jumpers and specified one in particular, whose name is “Joey” as being her young daughter’s favorite.

“We got him off the track and a couple of days later we were riding him. He’s got the sweetest disposition. At the end of the day, those stereotypes were certainly not true and I think that was my biggest learning curve, recognizing the opportunity with these horses that needed new homes and new jobs.”

More in this category: « Reminder: Starting Saturday You Must Dial 518 Saved from the Wrecking Ball, Historic Hall Targets Grand Re-Opening »
back to top